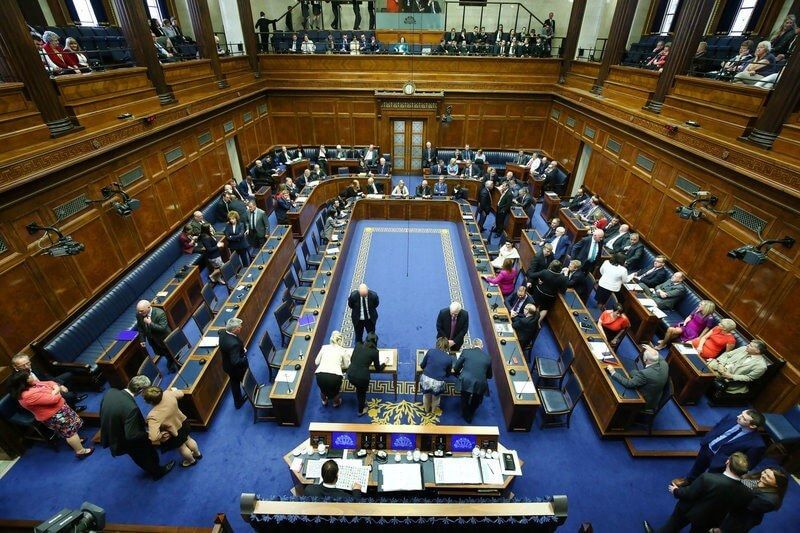 In a few days voters in Northern Ireland will go to the polls and elect a new Assembly. That Assembly will, in turn, pave the way for a new Executive.

The word "new" appears twice in that opening paragraph but of course, it being Northern Ireland, there is a lot of the old on the ballot on May 5, election day.

The constitutional future of the North is a matter that carries both the old and new.

The old would mean no change. The new, at least as far as a growing number of voters are concerned, would potentially mean a new direction, one pointing south to a, well, new relationship with the Republic.

That is already happening and, ironically, as a result of Brexit.

Trade and business links between the North and South have soared since the UK's exit from the EU.

You would think that this would be welcomed by one and all in the North. But it has not been universally welcomed within unionism.

That's because increasing economic links and growing prosperity for all on the island of Ireland does not fit in with the old unionist formula of wealthy and advanced North, poor and backward South.

That idea began to buckle in the 1990s, and is far back in history's wake at this stage.

Voters in Northern Ireland who first and foremost base their decisions on economics, as opposed to politics and the constitutional question, are now presented with a very clear view of an uncertain future.

Is that future to be found in a diminished and more economically isolated United Kingdom?

Or is it to be found in a united and growing Ireland, one that sits solidly in an expanding European Union?

For decades, unionists could brush aside the case for a united Ireland with a position based on pounds, shillings and pence. And they could do so validly, albeit ignoring the significant financial subvention that the North received from London.

That stance is now out the door. Comparative North/South economic fortunes on the island have gone into reverse and the North's future within a post-Brexit UK is looking anything but rosy, especially if the game-saving Irish Sea Protocol is scuttled.

And it is this vista that will occupy the minds of many voters; indeed, to at least a degree, all voters on May 5.

Regardless of the constitutional future it is impossible to ignore the fact that Brexit, and the "Global Britain" idea underpinning it, has been a busted flush.

And yet, Northern Ireland, by virtue of the Protocol, has been handed an economic lifebelt, a best of two worlds scenario, and a hint of how things might be yet better again in the future.

That, however, does not sit well in corners of unionism that sees the future only in terms of a faded past.

May 5 will tell us much.