Home Opinion ADAMS: Marking the Rising and the Proclamation 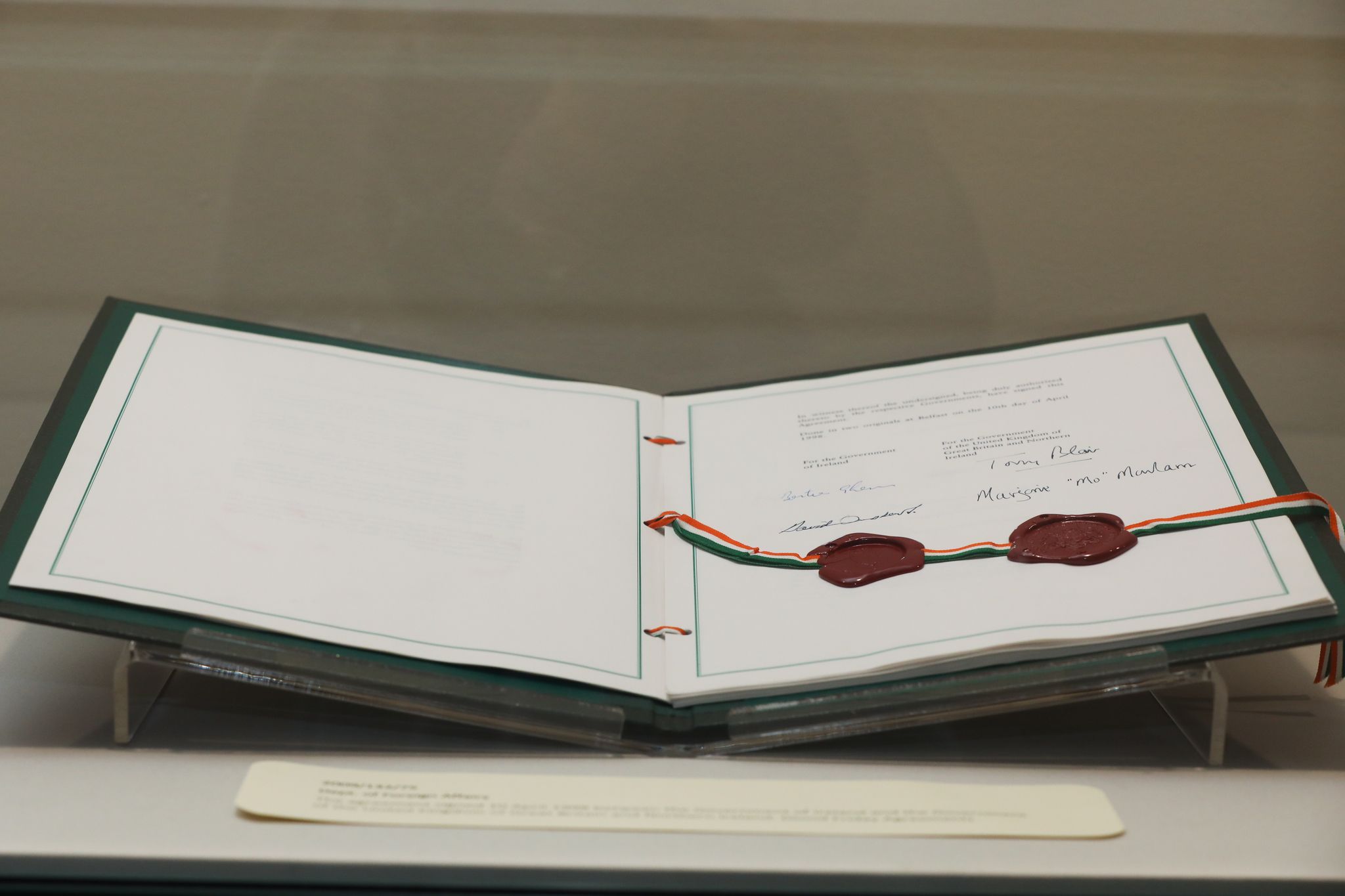 ADAMS: Marking the Rising and the Proclamation

On Easter Sunday Irish republicans across Ireland and globally will commemorate and celebrate the men and women who rose up against the British Empire and in favor of an Irish Republic at Easter time 1916.

A century later their extraordinary courage is often passed over by some, particularly in the political establishment in Dublin, who occasionally pay lip service to their sacrifice. A few even dismiss it as foolish and a mistake.

But to understand the risks they were taking, and the immensity of the challenge they faced, it is important to remember that at that time the British Empire was the largest in world history.

It was the global super power of the nineteenth and early twentieth century. Twenty three percent of the world’s population was held in bondage and the empire occupied or controlled almost one quarter of the total land mass of the world.

It was hugely wealthy through its ruthless exploitation of other people, their land and resources. It had a monarchy, a government, a political and economic establishment that believed it was their destiny to rule. Maps of the world were covered in the red of empire. By 1918 it had four million men under arms to enforce its will.

Against this imperial colossus stood women and men from the four corners of Ireland: nationalists, republicans, socialists, trade unionists, gaelgeoirí, feminists, the women of the Cumann na mBan, the Irish Republican Brotherhood, the Irish Citizen Army and Irish Volunteers and others.

Out of that emerged the Irish Republican Army. Poorly armed with out of date rifles and insufficient munitions they dared to dream and hope and to fight for a better Ireland – free from the divisions imposed by Westminster.

The Proclamation they wrote for Easter 1916 is not just a piece of polemic to hang on a wall. It is a manifesto of intent for real and lasting change. For a rights’ based society. For a new Ireland.

In a few hundred words and in language that still inspires today it addressed Irishmen and Irishwomen. No distinction. Equals in the struggle for freedom. It asserts the right of the Irish people to national sovereignty and independence. It guarantees “religious and civil liberty, equal rights and equal opportunities” to all. Its objective is the happiness and prosperity of every citizen and the creation of a new society that will cherish all citizens equally. These core values are as relevant today in the upcoming Assembly election as they were a century ago.

So, this Sunday, we will remember all of those heroes who marched out that Easter. We will remember, too, those who fought in previous and later phases of the struggle for freedom. Including in our own time. Their focus was on the future. Making a better life for all our people and especially our children. To give them the best possible chance to fulfill their potential and to live happy, full and contented lives.

We believe that this can best be achieved through the establishment of an independent and sovereign Ireland – a united Ireland – a new and shared Ireland. A modern, progressive and fair Ireland fit for all who live here.

This Easter, thankfully, there is now a peaceful way to achieve this. Let’s redouble our efforts to make this happen. Freedom in our time.

24 years ago, on Good Friday April. 10 1998 a  5 p.m. plenary session of the talks in Castle Building brought to an end months of intense, daily negotiations. The parties present affirmed their support for the agreement that became, for many, forever linked to the day that was in it – the Good Friday Agreement.

It was a remarkable, historic moment after decades of conflict. The DUP had absented themselves when Sinn Féin joined the negotiations the previous September and just hours earlier Jeffrey Donaldson and Arlene Foster had stormed out of the Ulster Unionist Party rooms when the final shape of the Agreement became clear.

What is often forgotten is that the Agreement was achieved without the Ulster Unionist party ever engaging with Sinn Féin. The Loyalist parties had no such inhibitions, but David Trimble had only ever said two words to me directly. We met in the toilet one day. There was no one else there.

"We can’t keep meeting like this," I said to him in an effort to break the ice.

Of course, we met many, many times after that. I like to think we got some useful work done and that we got some sense of each other, not just as opponents but as people.

The Good Friday Agreement was a site of struggle for republicans. The Sinn Féin leadership understood this. We also knew, as George Mitchell later remarked to myself and Martin McGuinness, that getting the agreement was the easy bit. Implementing the Agreement was another day's work.  We knew that too.

In the years since there have been many more high wire negotiations. Significant elements of the Agreement have still not been implemented by the British and Irish governments, including a Bill of Rights for the North, an all-island Charter of Rights and the introduction of Acht na Gaeilge. The British government has also failed to honor its Weston Park commitment to hold an independent inquiry into the killing of human rights lawyer Pat Finucane. At the same time, the Johnson government is intent on introducing legacy legislation to protect British state agencies from further exposure of wrongdoing while denying victims access to truth.

Brexit too has caused huge problems. The UVF is now openly opposed to the Agreement, as is the TUV. The DUP is threatening to withdraw entirely from the power sharing process unless the Irish government, the European Union, the U.S. administration and all of those parties North and South that support the Protocol acquiesce to their blackmail.

Despite all of these difficulties a new political landscape has been created. The Agreement has created new opportunities. Not least of these is the fact that for the first time there is a peaceful, democratic route to bring about constitutional change.

It is now “for the people of the island of Ireland alone, by agreement between the two parts respectively and without external impediment, to exercise their right of self-determination on the basis of consent, freely and concurrently given, North and South, to bring about a united Ireland, if that is their wish, accepting that this right must be achieved and exercised with and subject to the agreement and consent of a majority of the people of Northern Ireland."

It is now for those who believe in the union with Britain to present the merits of their case. For those of us who believe in Irish unity to present the arguments in support of that. And for the people North and South in referendums to vote in favor of either choice. As the debate on this issue expands, and as more and more people are being drawn into it the onus on the Irish government to establish a Citizens’ Assembly also grows.

Next year the Good Friday Agreement will be a quarter of a century old. It might seem a long time but in the continuum of history it is a blink of an eye. The Agreement is part of a process. It has already brought about much positive change. If we who are change makers keep at it I believe that that process of change is unstoppable.