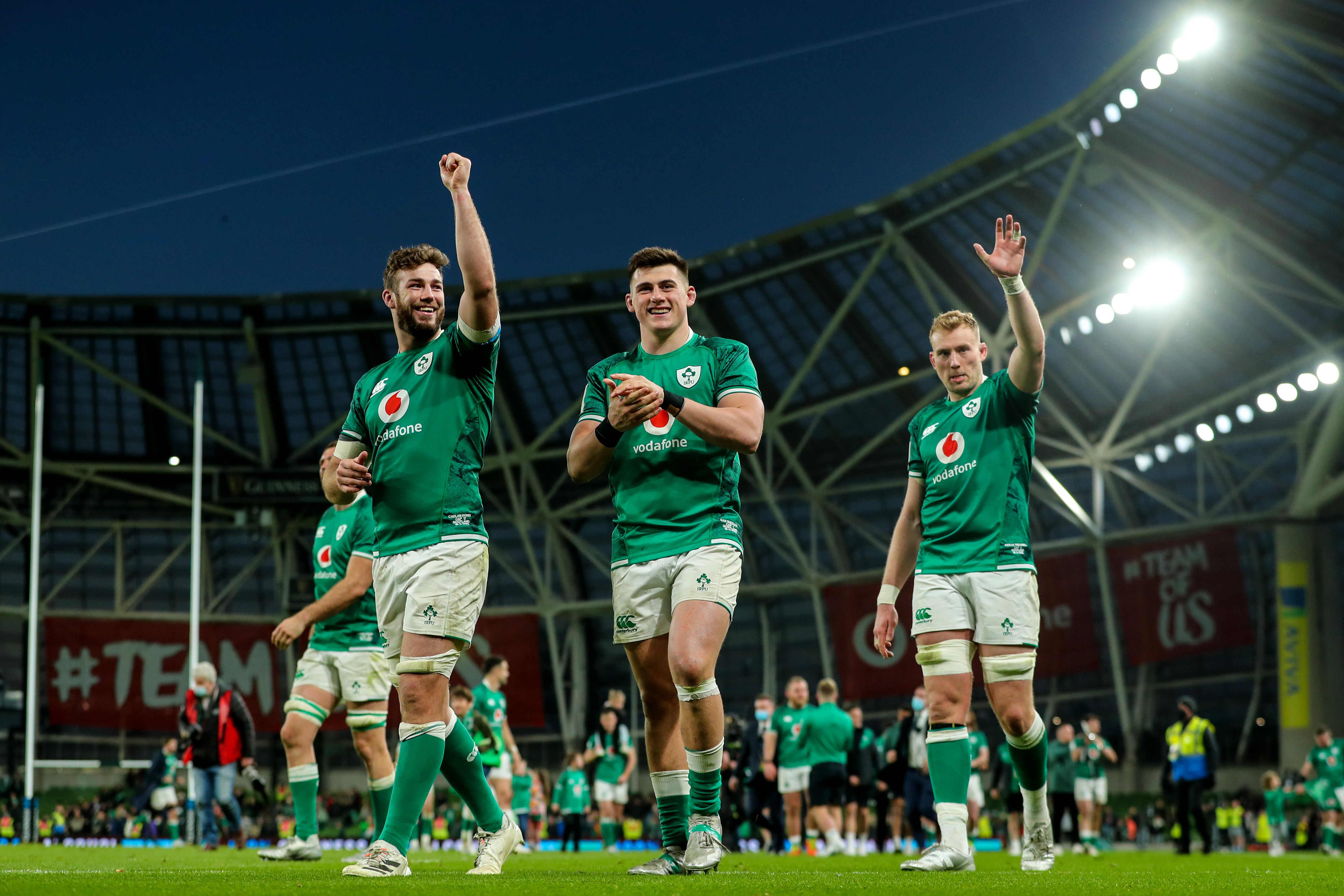 Ireland celebrated a rare enough Triple Crown moment but it was a pyrrhic victory for Andy Farrell’s squad as France beat England later on Saturday evening to record their first Grand Slam triumph since 2010.

Still, Ireland did all that was asked of them on the last day by defeating Scotland and insuring a bonus point by scoring four tries in the process at the Aviva Stadium. England never looked like doing us a favor in Paris and in truth, the French win was no more than they deserved following an impressive series of displays in the Six Nation series.

Fabien Galthie's French side will now be one of the favorites for the World Cup next year while Ireland will know more about their real potential when they come back from this summer’s tour to New Zealand when they face up to the All Blacks in three tests.

Ireland produced an A game in the November internationals but it is true to say they didn’t hit the same heights during this campaign although winning four of the five games is quite an achievement while they only lost by six points, thus taking away a losing bonus points, from their first encounter in Paris.

They mixed the good with the bad here again against Scotland, who started off as if they were the ones on a flight of upward fancy.

Man of the Match Dan Sheehan and prop Cian Healy got over for first-half tries which saw Ireland 14-5 to the good at the interval as Scotland flattered too off only to deceive.

Their skipper Stuart Hogg had a simple try-scoring chance three minutes into the second half but a magnificent tackle by Hugo Keenan, the Irish fullback averted a possible 14-12 scoreline.

That miss was accentuated all the more 12 minutes later when Josh van der Flier powered over for his seventh Test try to put the game beyond doubt. All the home fans craved after that was a fourth try to get the bonus point and that arrived when sub scrum-half Conor Murray wriggles his way over. Johnny Sexton, who had a great game in all facets, blotted his copy book by missing the conversion, which was the last kick of the game.