Home Opinion The Origins and True Purpose of the AIHS 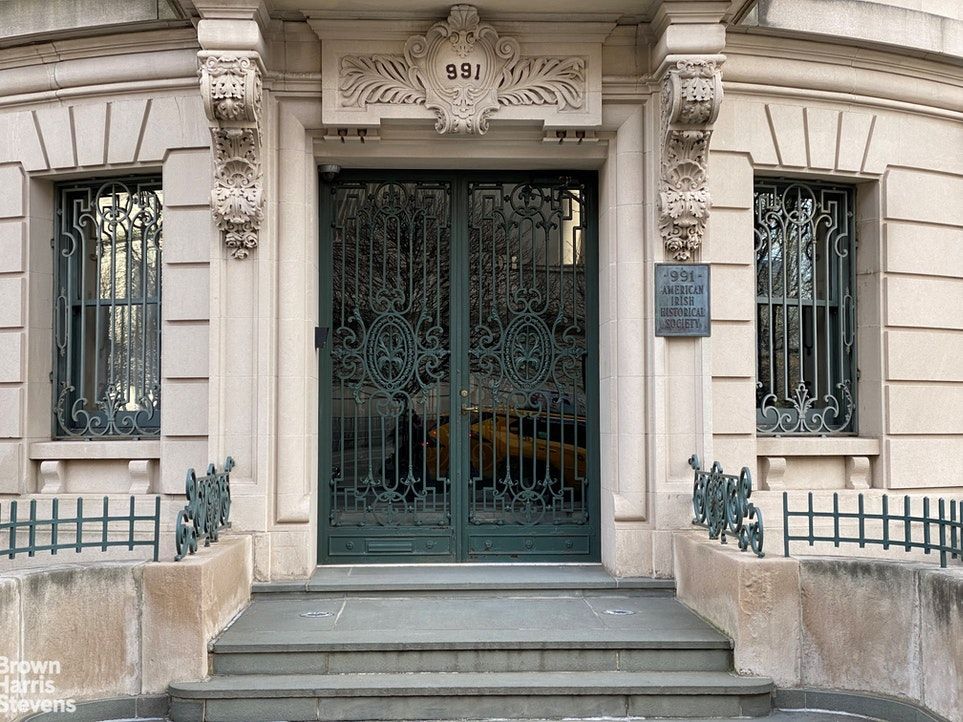 The Origins and True Purpose of the AIHS

For decades within the 19th and 20th centuries, Boston, Chicago, and Philadelphia were among the great American cities that served as the main platform on which the American-Irish fought for their American dream.

However, by all measures, New York City was the most prominent in that regard and, in many ways, still is.

Over the past 15 years, having had many opportunities to get to know New York City better, it is easy to admit that my favorite discovery remains the American Irish Historical Society at 991 5th Avenue. But I also must admit that it is my favorite because of what it represents, and not what it is now.

From my perspective, going back many years, it appears to have become, for all intents and purposes, the private property and/or social platform of a blue-blooded family with the professional care of the priceless collection and the use of the space by the larger American-Irish community nothing but a dream whispered about elsewhere around town.

The current Board of Directors made public last year their plans to sell one of the primary pieces of the collection: the building itself. This inappropriate and presumptuous move by the seemingly nepotistic board apparently resulted in far ranging allegations from various quadrants within the community that are now under the review of Letitia James, New York State Attorney General.

Perhaps time will show that my acquired impressions were not all that far off. Regardless, the sale of 991 5th Avenue would be not only a travesty, but it is a clear betrayal of the men and women who worked so hard to create the AIHS.

The AIHS, as we know it now, began in 1900 as the “Irish Palace Building Association” (IPBA) founded by the who’s who of American-Irish community leaders of the time. Decades later, under circumstances the author hopes to uncover when the institution reopens under new management, the IPBA would merge with the much smaller group (about 1500 members in 1901) using the current name.

Of course, of particular note among the original IPBA board are John Devoy and Judge Daniel F. Cohalan. These two men alone not only influenced the daily lives of the American-Irish in their time, and for decades to come, but were directly involved in the founding of the Republic of Ireland in 1916. That, however, is another story.

During the course of my PhD research a few years ago, thanks to the Kennedy family of New York, via their renowned ancestor and IPBA Director, Roderick Kennedy, friend and co-laborer of Devoy and Cohalan, I very gratefully was provided a copy of the founding IPBA/AIHS papers.

It turns out that while the IPBA may have been founded in 1900 legally. The monies that were parlayed into the nest egg used to create the entity and later purchase 991 5th Avenue arose out of a very successful community event called the “Irish Palace Building Fair."

The fair was opened with great anticipation on May 10, 1897 and ran for 20 days at the Grand Central Palace which, since demolished, stood at Lexington Avenue and 42nd/43rd, site of the later beautiful Grand Central Terminal.

The fair was an exhibition of Irish culture with 29 of Ireland’s 32 Counties having an information booth (counties Laois, at the time called Queen’s County by the British overlords, Antrim and Down were not represented).

There were nightly dances and all manner of fun. It is said that even a piece of the Blarney Stone was on display. The exhibit that is still talked about today is the giant floor map of Ireland constructed from barrels of dirt imported from each of the 32 counties which were used only in their corresponding areas of the map. Attendees at the fair paid 10 cents to take a stroll “around Ireland."

This building would become, they hoped, the epicenter of the American-Irish community, in general, and the headquarters and training area for many American-Irish organizations including the First Regiment of the Irish Volunteers.

After several years of deliberation and vetting, the trustees approved the purchase of a large property on the corner of Lexington and 115th Street. The sale was finalized circa 1902-03 for the amount of $65,000 (today’s equivalent $2,157,350) with a $19,000 down payment and a $46,000 mortgage to be paid by the rents collected from the buildings on the property and ongoing fundraising.

The AIHS Wikipedia page provides a very inaccurate picture, when not factually, certainly by omission, of the society’s origins. When the doors reopen, it is my intention to get access to additional founding documents. This is assuming that they have been preserved and are freely made available to researchers.

With the current leadership and management, this cannot be assumed. This yet to be completed research will result in Part 2 to this article. How the organization became a figment of New York high society instead of a community resource is a likely Part 3.

The AIHS does, and should, belong to the entire American-Irish community. Currently, and for some time, it has not been.

It being headquartered within one of the central pieces of its collection, 991 5th Avenue, a neighborhood that once only tolerated American-Irish people as domestic servants and laborers, makes its presence there even more poignant and appropriate.

It is clear to this writer that the intervention of all concerned parties, including the New York State Attorney General, should result in a complete reformation of the AIHS leadership and management and a full audit of the collection to ensure that the many valuable pieces are not being held privately.

Once this is completed, the institution can be set on a proper path. In their final report, the Trustees of the IPBA, in the same spirit which I invoke now said: “...great difficulties were encountered in perfecting [acquiring] the title [of the property] and considerable time consumed in removing these difficulties, but the result was finally accomplished, all obstacles were removed and the Irish Palace Building Association now has and owns a magnificent site...one of great value and absolutely secured for the Irish Race forever.”

Let’s not disappoint them, ourselves, or future generations. Please contact The Honorable Letitia James, New York State Attorney General and encourage her to evacuate the current board and management team and to facilitate a complete audit of the collection. (See Contact Info at: https://ag.ny.gov/contact- attorney-general-letitia-james). Further contact your State Senator (https://www.nysenate.gov/find- my-senator) and your State Assemblymen to encourage them to also support the NYS Attorney General in this important investigation (https://nyassembly.gov/mem/search/).

Patrick Miller is the Ancient Order of Hibernians Historian for New York State.