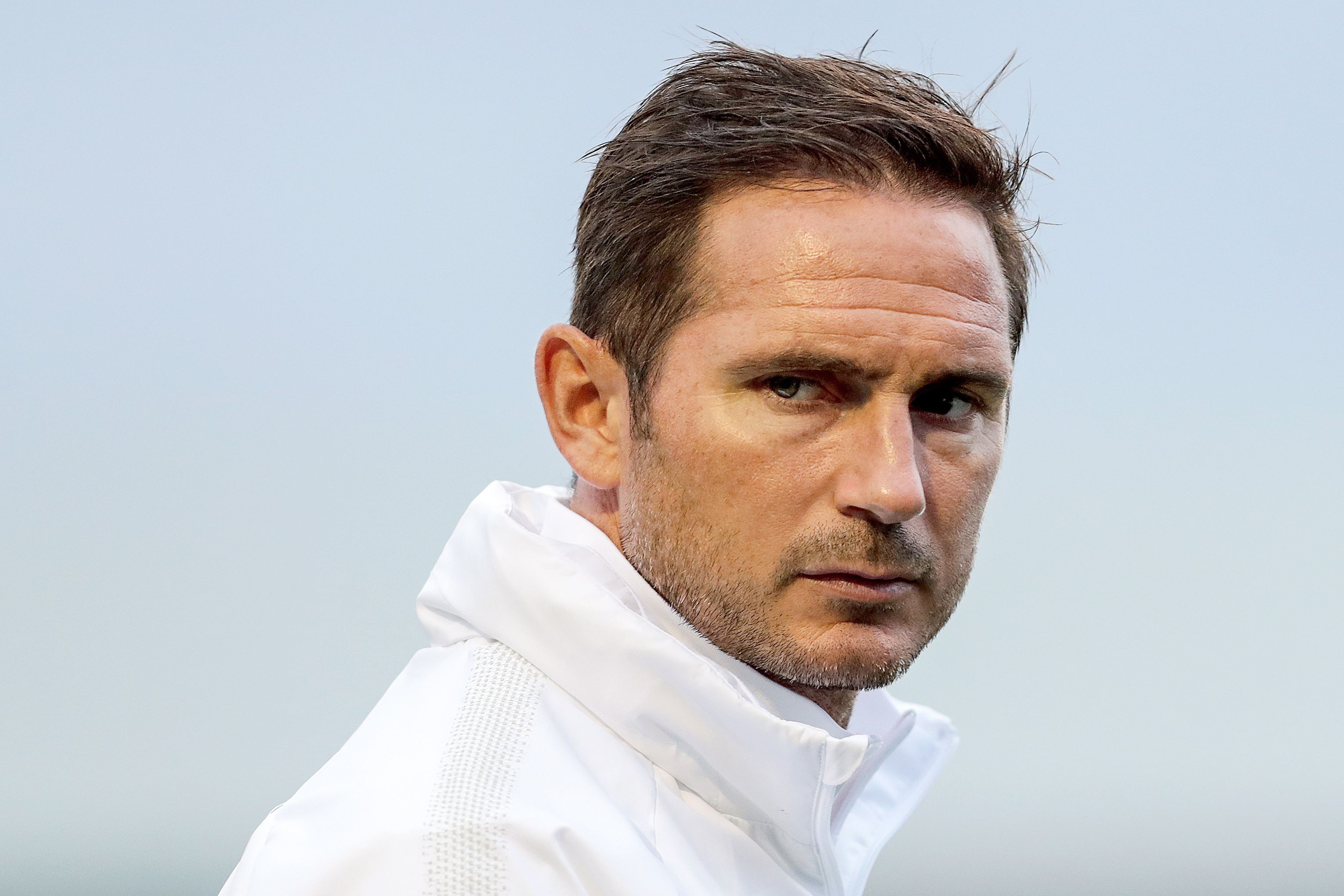 A protester tied himself to a goal post at Goodison Park during Everton’s midweek game against Newcastle.  It took several minutes to remove the man, who was protesting over new oil fields in the North Sea, before being led away by police. Everton went down to 10 men when Allan was red-carded, but eventually won 1-0 after Alex Iwobi got an impressive last-gasp winner. Manager Frank Lampard injured his hand in the celebrations as the win seemed to push The Pensioners clear of the drop zone.

However, by Sunday the Toffies got stuck again, going down 4-0 to Crystal Palace in the FA Cup quarter-final. Afterwards Lampard questioned whether his players have the right mentality to play for the club. Everton sit one place above the EPL relegation zone and have picked up only four wins in their last 12 games in all competitions. Despite a bright start at Selhurst Park on Sunday, they conceded two goals either side of half-time as Palace won 4-0. Lampard said:

‘‘There is only so much you can keep trying to butter someone up to give them confidence. We are playing at the cut-throat end of football here. This was a cup quarter-final to get to Wembley and if you haven’t got the confidence to play, you can quickly flip it and say have you got the will to play.’’

Palace will now play Chelsea in the FA Cup semi-final at Wembley. Due to their Russian owner Roman Abramovich being sanctioned over the war in Ukraine, Chelsea were not allowed to sell tickets for their away quarter-final against Middlesbrough where they won 2-0. Aaron Connolly started for Boro.

But most focus will be on the second FA Cup semi-finals on the weekend of April 16/17 between Manchester City and Liverpool, six days after the clubs meet in the crucial EPL game at the Etihad. Former Irish international Shane Long started for Southampton who were beaten 4-1 at home by City, while Liverpool made hard work of getting over Championship club Notts Forest. The ‘Pool needed a 79th minute goal from Diogo Jota to see them through.

In the EPL Arsenal consolidated their top four Champions League spot with a 1-0 away win over Aston Villa. Matt Doherty had another fine game for Spurs, who beat West Ham 3-1 to leap frog Manchester United into 5th place in the table.

Kildare-born Mark Travers maybe be the third choice Republic of Ireland goalkeeper, but the Bournemouth ‘keeper might be the only one playing regular in the EPL next season. Gavin Bazunu is on loan to League One club Portsmouth, while Caoimhin Kelleher seems happy to be on the bench at Liverpool and play in the odd League-Cup game. Travers is a regular in goal for Bournemouth, who are favourites to be promoted from the Championship along with Fulham at the end of this season. Fulham with 77 points seem certain to go up and Bournemouth now have 69 points after a 3-0 away win over Huddersfield Town on Saturday. The Cherries are six points clear and have at least two games in hand on the clubs in the play-off places. Also in the Championship former Irish goalkeeper Keiren Westwood has joined Queens Park Rangers until the end of the season. The 37 year-old made his debut on Sunday at home to Peterborough. But Rangers play-off hopes were dented as they lost 3-1 at home to the Posh.

Derby County manager Wayne Rooney said last week that Irish under 21 international Festy Ebosele is expected to sign a pre-contract agreement with Italian club Udinese in the coming days. Ebosele, who was born in Wexford to Nigerian parents, is out of contract with the Rams at the end of the season and is free to sign a pre-contract deal now. Derby are currently in administration and as such are unable to offer a new contract to Ebosele when his current deal expires in June.

Champions League holders Chelsea will play Real Madrid in the quarter-finals of the Champions League. The clubs were paired together when the draw was made week, with Chelsea having home advantage in the first leg. The tie will see a Stamford Bridge return for Real’s former Chelsea manager Carlo Ancelotti. Chelsea booked their last-eight spot by beating Lille, while Real staged a tremendous comeback to knock out Paris St Germain. Manchester City have been drawn with Atletico Madrid, who beat Manchester United in the round of 16. Six-time winners Liverpool were paired against Benfica with the first leg to be played in Lisbon. Villarreal will play Bayern Munich in the remaining quarter-final.

After their mid-week home win over UCD St Patrick’s Athletic were top of the League of Ireland Premier Division on St Patrick’s Day. But by Friday night the Saints had been replaced at the top by Derry City. It looked like the Inchicore club were going to get a 1-1 draw at the Brandywell, but a 90th minute goal from Will Patching gave the Candystripes all three points. In Tallaght Stadium Sligo Rovers led Shamrock Rover 2-0 at one stage, but The Hoops came back to get a point in a 2-2 draw. Derry now lead the table with 14 points, Sligo and St Pat’s are second on 12 points, with Rovers in 4th place on11 points. In the first division Cork City, who beat Treaty United  4-0 and Galway, who beat Athlone Town 2-1, are joint leaders.