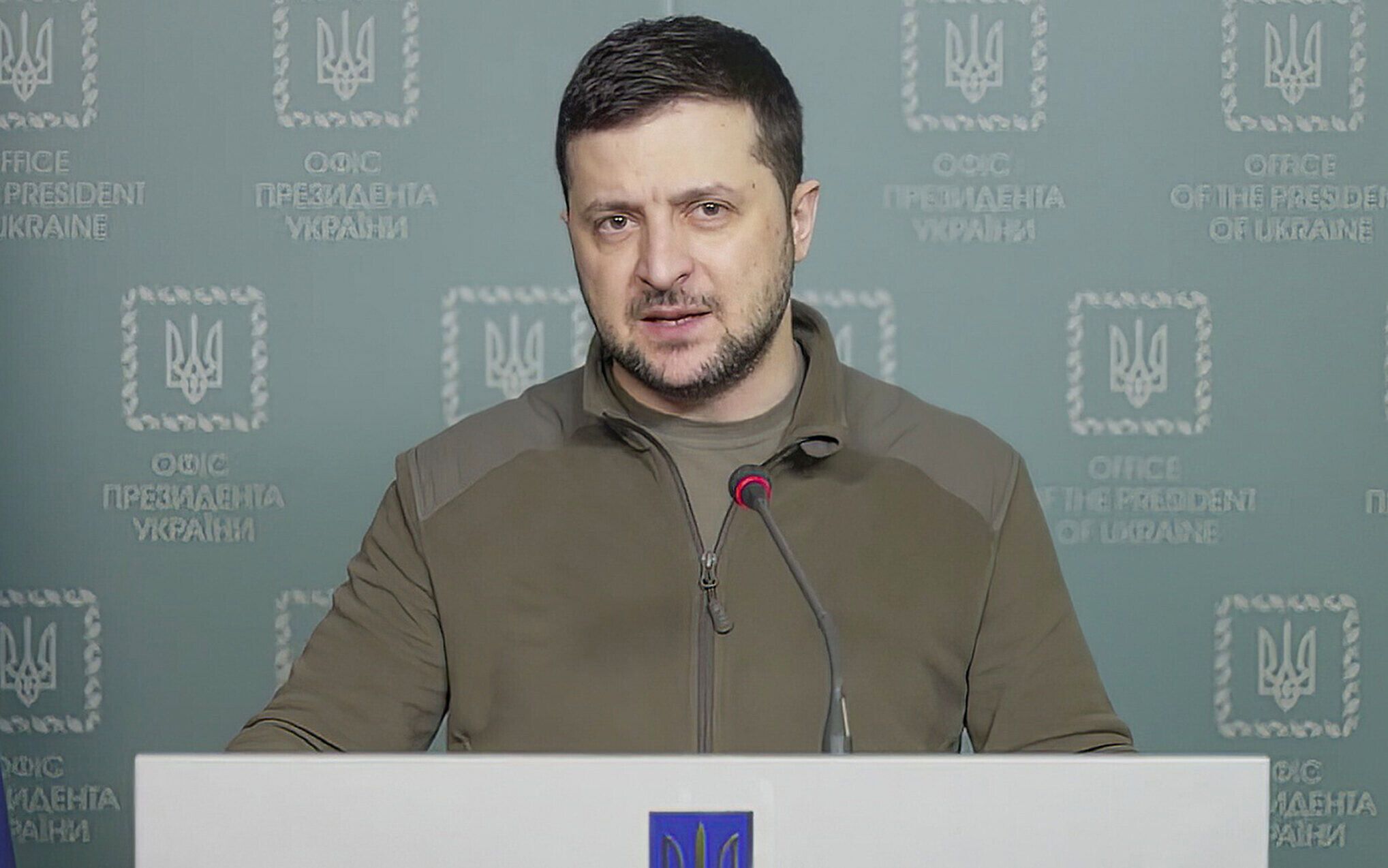 EDITORIAL: The Debate Over 'Almost'

Ireland might be on the other side of Europe from war ravaged Ukraine. But distance doesn't mean remoteness.

Like it or not the war is looming large in the Irish mind, the Irish psyche, the collective Irish heart.

And it could well bring about change in terms of Ireland's military stance in the world, and most particularly Europe.

In the meantime, Ireland is doing what it can to help Ukraine and the beleaguered Ukrainian people. Well, almost what it can.

That is the view of Ukrainian president Voldymyr Zelenskiy, who said this in a screen meeting with EU leaders last week.

Zelenskiy ticked off various EU nations in his address. It was a kind of league table of who's doing more or less for his country. Zelenskiy singled out Ireland as a country that “almost” stands with Ukraine.

Taoiseach Micheál Martin played down any suggestion that Zelenskiy was taking a swipe at Dublin.

And in fairness to both the Irish government and people, much has been said and is being done in support of Ukraine. Ireland is taking in Ukrainian refugees at a rate very much disproportionate to its size and population. Ireland is strongly supportive of Ukraine's ambition to join the EU. Non-lethal aid which can be used by the Ukrainian military has been sent. This includes body armor and ready to eat meals.

Ah, but no ready-to-shoot guns or, more crucially, anti-tank weapons. President Zelenskiy did hot elaborate on his "almost" jibe (and he used the same word with regard to Portugal).

But it's fair to speculate that he might have been thinking of the lethal aid that is not coming from a country that knows full well from its history the price that can be paid by a small nation situated right next door to a much larger one that harbors aggressive intentions.

Ireland is militarily neutral of course and is not a member of NATO. Still, there have been calls since the start of the Russian war against Ukraine for Ireland to come down off the neutrality shelf.

Two days after the February 24 Russian invasion, Cathal Berry, a former Irish Army Ranger, called for Ireland to consider sending weapons to Ukraine to assist in the country’s military defense.

The Journal.ie reported that Berry highlighted that Ireland had stockpiles of anti-armor weaponry to be used against tanks and other vehicles that could be easily transferred to the Ukrainian military.

Speaking to Journal.ie, Berry said the equipment could be quickly replaced and noted that the Department of Defence had recently handed back a budget "underspend."

Said Berry: “If people are happy to see 40 million people being slaughtered and do nothing about it, then we shouldn’t, but if you want to do something about it, we should help a fellow neutral country to protect themselves.

"We put the likes of Finland and Sweden on a pedestal as being great societies, we want to emulate them. They have no problem handing over lethal weapons."

The weapons suggested, according to the report, included two anti-armor systems: the U.S.-made Javelin anti-tank guided missile system, of which Ireland has "a few dozen," and the more basic, easy-to-use and disposable AT-4 anti-tank weapon, dubbed SRAAW by the Irish Defence Forces.

Sending weapons would be a huge leap for Ireland and would for sure spark controversy. But there is an argument - and one made more potent by aggressive posturing of the Russian military in the skies and seas around Ireland in recent times - that Ireland, while neutral, is not uninvolved and that Ukraine is fighting not just for its own survival, but the survival of a free and democratic Europe.

Russian armor is not rumbling across the plains of the Curragh. But that is only as a result of fortunate geography.

The debate over current and future Irish neutrality, like those Russian T-72 and T-90 tanks, will also rumble on, though now perhaps with more edge and urgency than heretofore.