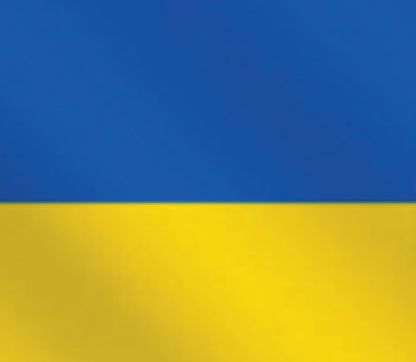 Take a look at the map of Europe. At one end of it we have Ukraine as a dominant expanse on the map. At this juncture it is possible to argue that Europe now ends at Ukraine, Russia being outside the realm of the 2022 version, as is Belarus.

At the other end of the map, setting aside Iceland and Greenland, sits Ireland. Ireland is not a big landmass, but it sticks out because it is on the edge and is surrounded by water. It is a long way from Ukraine and, thankfully, Russia.

But the Russians have been visiting Ireland's European corner of late. In recent years we have seen numerous instances of Russian bombers flying through Irish controlled airspace with transponders switched off, so posing  danger to commercial air traffic. In recent weeks we were witness to the arrival of a Russian naval force intent on blasting away across the waters in a corner of Ireland's Exclusive Economic Zone.

It took the embarrassment caused by determined and plucky Irish fishermen, and the global publicity caused by their resistance, to shoo the Russians away into another part of the Atlantic.

In recent days we have listened to Vladimir Putin threaten the use of nuclear weapons. If that happened no part of Europe, Ireland included, would be remote or safe.

The Republic of Ireland is not a member of NATO. But it is a member of NATO's Partnership for Peace grouping. Believe it or not so is Russia, and indeed Belarus and Ukraine.

But it's fair to say that Ireland is more closely adhering to PfP's purpose - which is primarily focused on building trust and cooperation between European nations, many of them living side by side and not off the land edge of the continent - than either Russia or Belarus

PfP is seen by some countries as a track leading to full NATO membership. That is not the case with Ireland; at least not yet.

But the debate over Ireland's neutrality has been enlivened of late as it becomes ever more clear that Ireland has a growing stake in the affairs of Europe as a result of EU membership, and a growing share in the responsibility for ensuring the security of the bloc.

Even if Ireland does not end up joining NATO, recent events will strongly influence the debate in Ireland over Ireland's defense. This is the subject of a study that is being currently compiled for presentation to the Oireachtas.

Ireland, today's version, does not have to consider a land invasion. But invasive practices by Russia in the air and on the sea are another matter.

Rather than depend on the British Royal Air force for ultimate air defense, which Ireland does, the Irish Defense Forces look very much as if they could do with a few high flying interceptor jets. The Irish Naval Service, currently at a strength of nine ships - none of them with significant surface to air or surface to surface offensive capability - could do with some beefing up as well.

But all this has to be decided by elected leaders and, ultimately, those who elect them.

The Irish military is, it should be stated, a professional one, all-volunteer, well trained and with a built-in knowledge of purpose.

It thus stands in stark contrast to the mighty Russian military, a force with enormous firepower, but one made up (and here we go again: Hungary 1956, Czechoslovakia 1968) of conscripts who find themselves in a war without seemingly knowing where they are, why they are there, and what they are supposed to be doing.

The military life is never easy, no matter where in the world. But the Russian military has a standout reputation for brutalizing its own. This is now again the case.

Vladimir Putin, face bloated with Botox, mind bloated with God knows what, should at least show these kids the respect they deserve as he sends many of them to die.

What Putin has unleashed upon Ukraine, upon Europe, upon the world, has a long way to go before it runs its course.

Regardless of the end of this, Ireland, along with other yet "neutral" nations in Europe, has to take a hard and cold look at what neutrality actually means in a renewed age of maniacal warmongering and raw imperialism.

In the meantime, Ukrainian president Volodymyr Zelenskyy has put out the idea of fast-tracking Ukraine into European Union membership. Ireland should support this idea. Ukraine and its people have proven themselves more than worthy of membership.