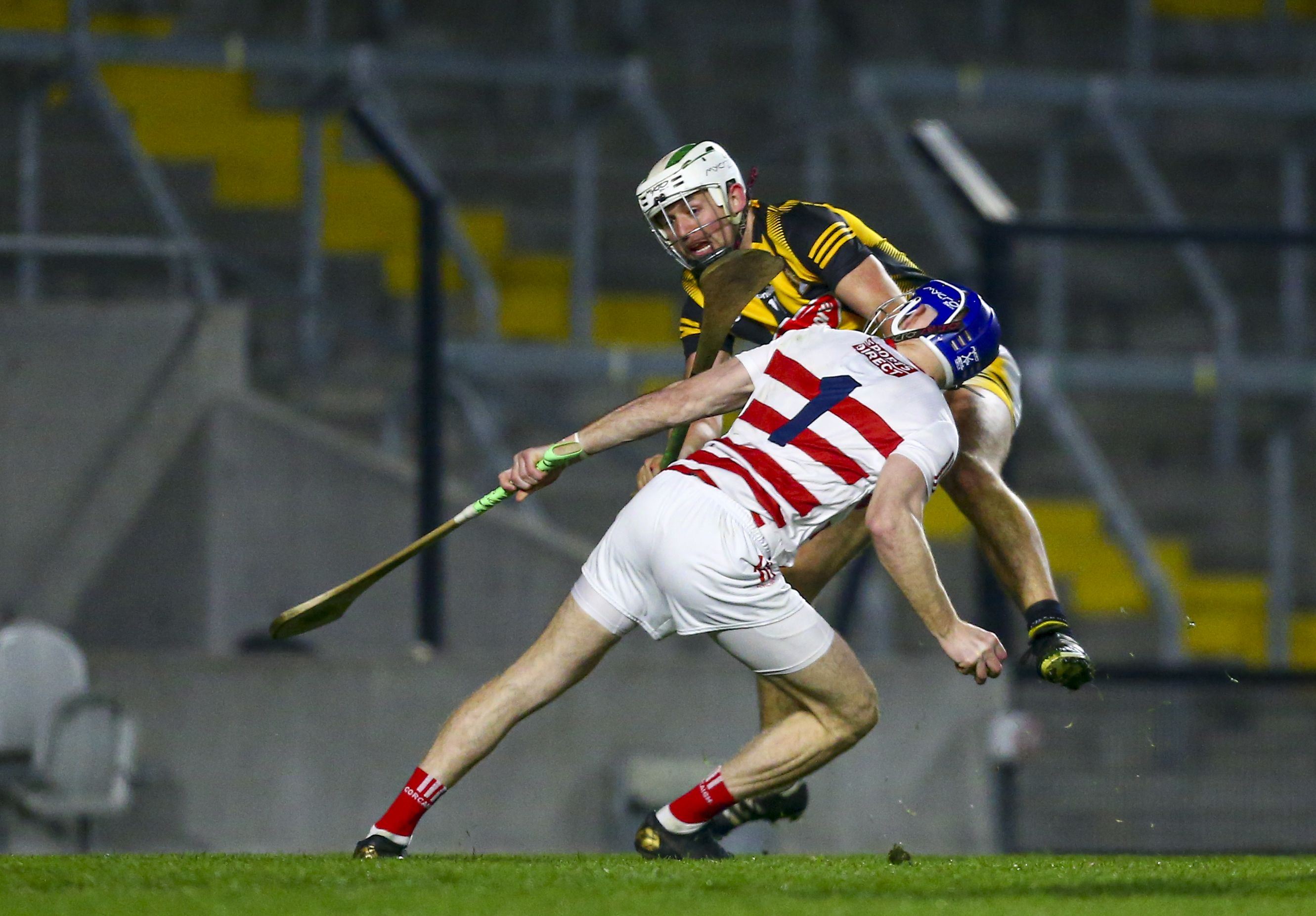 With the jury out on Limerick, Cork now look the most likely to succeed them by winning the MacCarthy Cup this year. Before they can even try to achieve that, there is the matter of a Dividion 1 League Final this weekend where they will be strong favourites to  overcome a Waterford side that wasn’t tested in their semi-final joust at all against Wexford.

Not that you could say the same about this match in Páirc Uí Chaoimh on Saturday night as Kilkenny brought a huge physicality and will to win to the plate which pushed the Rebels onto producing their best display of the season in this four-point win under the floodlights.

Kilkenny are adapting from more old-fashioned ways of playing to the shorter, more dynamic new  blueprint that is bringing success to  the likes of Limerick.  They seemed to have copped on quicker than most to the most effective way of setting up for maximum affect as their restarts paid dividends, particularly in the first half, when Martin Keoghan got in for two confidence building goals from moves started at the back.

Brian Cody had his lads as sharp as razors in that period  as Billy Ryan, Eoin Cody, Padraig Walsh and Alan Murphy all kept the points ticking over to add to Keoghan’s eye for goals.

Initially Cork looked shellshocked at the severity of the black and amber assault but slowly they came to terms with the Kilkenny fire and brimstone tactics and worked out how to dismantle it for much of the second half.

Still, with TJ Reid still to come back into the equation and Kilkenny only a couple of pucks of the sliotar away from parity, you cannot predict who will hold sway when summer hurling comes to us early this spring.

Four points in arrears at the interval, Cork’s more fluid and more developed short game of slick hand and stick passing began to give them momentum and left Kilkenny running low on energy trying to seal off scoring avenues.

Kilkenny led 2-16 to 0-20 after 53 minutes but you sensed that Cork only needed a goal to wrestle control. That came, albeit later than they would have liked on 67 minutes when the excellent Darragh Fitzgibbon outpaced the rearguard (and took 10 steps without soloing into the bargain) to raise the green flag and put Cork into the lead.

Kilkenny came in search of a goal of their won but the Cork defence were up to it and repelled  a final goal effort to lift the siege.

It would be too simplistic to describe this as men v boys – it was even more one-sided than that.

Wexford entered the game with a proud unbeaten record in this league and left with their tails very much rooted between their legs following this 19-point annihilation at Nowlan Park on Sunday.

A stupid use of the butt of the hurl by star man  Austin Gleeson on his marker Simon Donohoe in the dying minutes was the only black mark on the Deise performance as it means he will miss the League Division 1 decider against Cork this weekend.

Gleeson  had been the standout figure afield for Liam Cahill’s charges by rocking up for two goals as the winners led by 3-9 to 0-10 at the half-time break. His loss will be felt by Waterford and I expect Cork to win this match now in Semple Stadium on Saturday.

Referee John Keenan’s attention was brought to the matter by his umpires at the Wexford end goal in the second-half and a lot will depend on what his contained in his report of the incident.

With five goals on the day, the Deise ended as the league leading goal scorers and you sense this is a new dimension Cahill has asked his players to bring to their play – a greater ruthlessness when the opportunity presents itself near goal.

Dessie Hutchinson  green flag on top of Gleeson’s brace meant they had blood in their nostrils as they bagged three first half goals.

Seven minutes into the second  half the winners were at it again, this time Jack Prendergast getting in on the goal-fest to stretch the gap to 14 points (4-12 to 0-10).

Shane Bennett was alert to get in on the act in the 62 minute when his batted home score made it 5-16 to 0-15, with a large section of the big Wexford following already motoring away from the Kilkenny venue by then.

Saffrons have too much power

Antrim fairly and squarely secured their Division 1 status after producing a dominant display against an overall disappointing Offaly outfit in their relegation play-off at Navan on Saturday.

The old saying about a good start being half the battle proved correct in this instance as the Ulstermen fought superbly against the wind in the first half to lay the foundation for their win.

Even when Offaly drew level after the break, there was no panic in the Saffron ranks and they finished deserved seven-point winners..

Offaly will now try to make sweeter music by showing up well in the   Joe McDonagh Cup, but there was no doubt they had to play second violin on this occasion.

For more hurling and Gaelic football pictures and for full sports coverage go to the print/digital edition of today's Irish Echo.