Home Opinion ADAMS: Russia Must Get Out of Ukraine 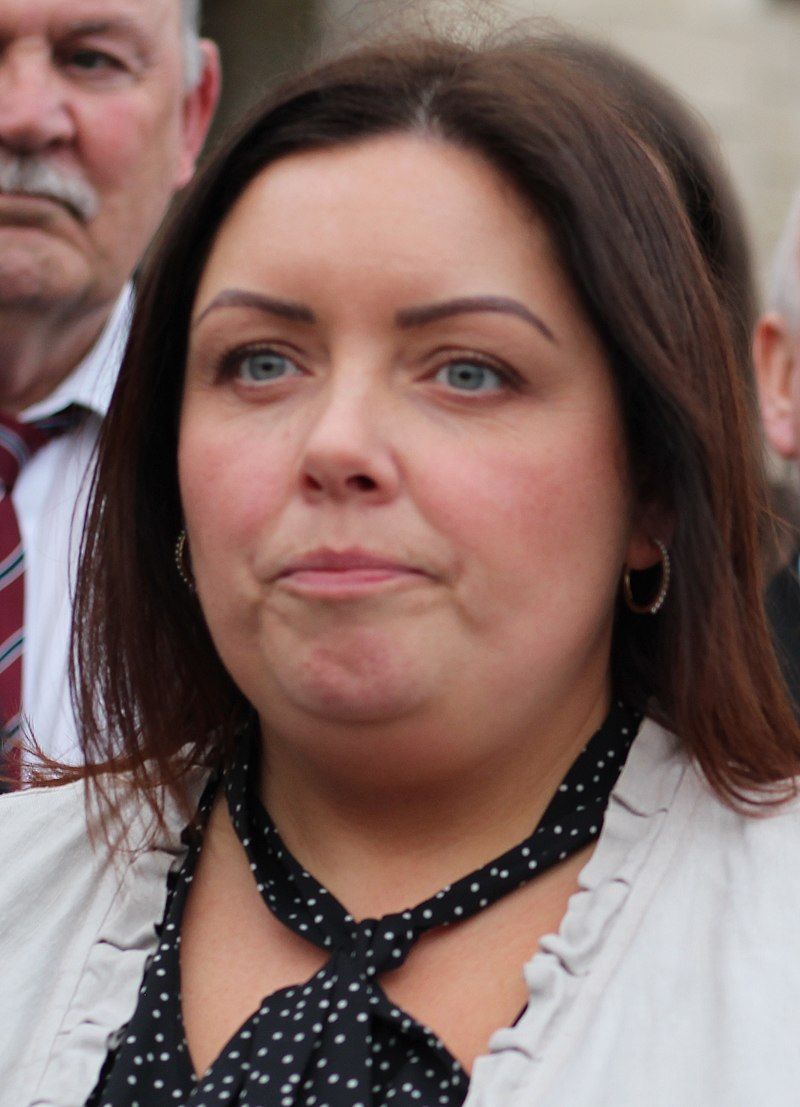 ADAMS: Russia Must Get Out of Ukraine

The big story of the moment is the Russian invasion of Ukraine. Like many of you I have been watching the round the clock news reports emerging from what is now a war zone. The television images and photographs are distressing. Burning buildings, the skeletal shell of others already destroyed. Russian tanks and armed soldiers. And terrified citizens and families, many with young children, desperate to escape.

There have been images also of ordinary citizens determined to resist and fight the invader. Of people hunkered down in the street making petrol bombs. The film footage of an elderly woman confronting a Russian soldier reminded me of many similar instances in our own experience, not least the "march of mothers," many pushing prams, who swept aside British soldiers as they, the mothers, brought food to the besieged community in the Falls who were under British military curfew in July 1970. These images are a shocking visual record of the violent abuse by one state of its smaller neighbor.

The response of the citizens of Ukraine and the televised images of petrol bombs being prepared or street signs being removed is reminiscent of exactly the same popular actions here during the Battle of the Bogside, or in Ballymurphy, or many other communities.

For many republicans the language of outrage from some sections of the Irish and international media and of the political establishments ring hollow when set against their silence or collusion in the invasions of Iraq and Afghanistan, or the plight of the Palestinian people struggling against the apartheid Israeli state. Or the struggle here in the North. So I am quite cynical about the rhetoric and the intentions of some of the international leaders.

Nevertheless, this cannot be allowed to distract from the unacceptability of the Russian government invading and violating the territorial integrity of Ukraine and the right of the people of that country to exercise their fundamental right to national self-determination and independence.

The Irish government is a member of the UN Security Council, as well as of the European Union. It must use these important positions to argue for an end to the invasion, an immediate withdrawal of Russian forces from Ukraine, and the intensification of dialogue to find a peaceful way forward.

VOTE IS A FOUR LETTER WORD - USE IT!

The Assembly election is just nine weeks away. It won’t be long going in. Most parties have completed the process of picking candidates. Many of these are already out on the doorstep setting out their policies, offering leaflets and trying to win first preference votes or at least a preference somewhere on the list. In Proportional Representation elections every vote and every preference on a vote can play a crucial role in shaping the political landscape, no less so after May 5.

I would like voters to give their preferences to the Sinn Fein candidates. That will surprise no one. But I would urge all electors, especially our young people, to use their franchise, regardless of who they vote for. The ability to vote in an election is a precious and fundamental right. For women, for young people, for sections of society it is a right that has often been denied by those in power who wish to remain in power.

Different methods have been applied and spurious rationales offered to deny the vote to citizens. Sometimes it is gender discrimination. Women fought long and hard for the vote. On other occasions it is racism. And in others, like our own place following partition, it was sectarian. Whether it was here or in the United States, or in South Africa, election processes were rigged to deny sections of people the vote. Changing this meant organizing and marching. The right to vote campaigners endured batons and water cannons and beatings and worse to win the franchise.

Love it or hate it, the Good Friday Agreement created inclusive political institutions that have the ability to make positive change in peoples’ lives. Making change was never going to be easy or happen overnight. But progress has been made and we have the opportunity to make more.

In recent weeks and months there has been a succession of crucial decisions taken in the Assembly that provide examples of this. These decisions have been about helping citizens, by providing financial and other support for the most disadvantaged in our society. These outcomes are tangible evidence that the Assembly can make a real difference in peoples’ lives.

The Communities Minister, Deirdre Hargey, has frozen rents for Housing Executive tenants to help fight the cost of living crisis and she introduced new regulations that bin the bedroom tax.

Two weeks ago, Minister Hargey announced £11.7 million Housing Association Grant towards a new £22 million social housing scheme in West Tyrone and an Energy Payment Support Scheme which will see a one-off payment of £200 to over a quarter of a million people to help toward heating their homes.

A bill was passed providing workers to paid leave following the death of a child, stillbirth, or miscarriage.

Fermanagh MLA Jemma Dolan’s bill to Ban Zero Hour Contracts, and give certainty to workers over what hours they work and what their wages will be at the end of the week or month, has passed to the next stage in the Assembly.  And Finance Minister Conor Murphy has delivered £40 million for hospitality businesses. He has also delivered an additional £18 million of funding to support children with special educational needs.

In January, the Assembly passed the Integrated Education Bill to its next stage in the Assembly. This is about facilitating those families who wish to send their children to an integrated school to have that choice and that the schools will get proper support.

Justice Minister Naomi Long has moved the Justice (Sexual Offences and Trafficking Victims) Bill to its next stage in the Assembly. And her legislation targeting stalking passed its Final Stage creating a specific offense that will carry a maximum sentence of 10 years in prison.

And finally, the victims of historical institutional abuse will finally receive their apology on March 11.

A lot of these measures happened because Sinn Féin, the Alliance Party, the Greens. PBB and the UUP voted together. Small signs of progress. Slow. Yes, but still progress. That’s how change is made, sometimes until a tipping point is created. So there is a lot to be hopeful about. But remember, the future is too important to be left solely to politicians.

You want change? Then be the change you want. And vote!

Opinion polls have indicated that there is a section of public opinion in the North that is increasingly open to the idea of a united Ireland. These potential persuadables are now looking at other possibilities. Some are nationalist voters who are not yet convinced of the merits of unity. Many are young voters. Others are former unionist voters fed up with the negativity of the unionist parties and perplexed by the Brexit crisis. And then there is a range of people who think Boris Johnson is a clown and the Tory Party couldn’t care less about the North.

So, there are people now looking at the different issues of contention that might influence their vote in any unity referendum.

For some, it’s the question of the subvention. Is unity affordable? Sinn Fein’s "Economic Benefits of a United Ireland," published two years ago, comprehensively proved that the subvention is not the £10 billion often misquoted. The conclusion was that this issue was not only manageable but that a united Ireland economy would perform better, create more jobs and enhance peoples’ standard of living. Economists like David McWilliams and Professor John Doyle have also drawn the same conclusions.

Most recently the future of pensions was raised by columnist Newton Emerson in the Irish Times “No, the UK will not pay a united Ireland’s pension.” (February 10th).

Professor Mike Tomlinson, in his recent Andersonstown News column, rebutted this claim pointing out that the pension is based on “an individual’s record of national insurance contributions." As a consequence, many people who worked in Britain for years get their pension here in Ireland. I have a friend who has lived in New York for almost 50 years. He gets his monthly pension. There are almost half a million people who live outside the British system who receive the state pension.

The "Economic Benefits of a United Ireland" also tackled this issue. The same argument about pensions was used in the run-in to the referendum in Scotland. It was suggested that the pension was not safe and that a future British government might refuse to honor its obligations on this.

However, in 2014, the British government accepted that the pension rights of Scottish workers have been accumulated by citizens over the years. Liability for the payment of those pensions rested with Westminster. Inevitably it will be an issue for any negotiation but the legal principle is accepted. Workers have paid their national insurance contributions and there is a strong legal and moral argument for pensions from pension funds already accumulated to continue to be paid by London. Whatever concerns anyone might have about Irish Unity pension security should not be one of them.