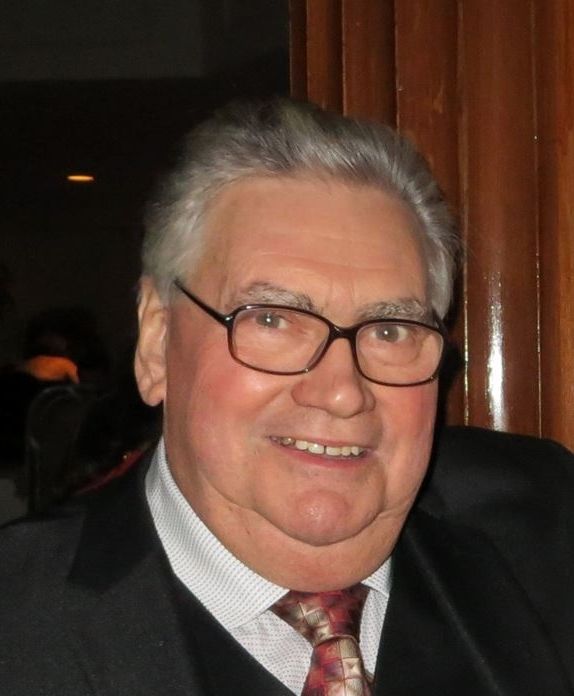 The New York Cork Association has lost one of its favorite sons, John J. Browne, a native of Kanturk.

Said a statement from the association: "The Officers and Members of the Co. Cork B.P.& P. Association celebrate the life and legacy of Past President, John J. Browne: proud Corkman, well known and highly respected proprietor of the Grandstand Bar and Restaurant in Elmhurst. John departed this life on Thursday, February 10, 2022. He would have been 83 years on July 22nd.

"John was born and raised in Kanturk, Co. Cork, the second oldest of nine siblings. John attended Kanturk National School and Colaiste Treasa. Growing up he enjoyed playing hurling and Gaelic football and was a member of the Kanturk Hurling Club team that reached the County Final in 1957.

"That same year, John, like many of his fellow Corkonians set out on that well-trodden emigrant path to the United States. John served in the U.S. Armed Forces as part of the 3rd Aviation Company of the 3rd Infantry Division (1960-62). Following his discharge John married Christina Hayes from Limerick.

"After his military service, John worked for five years as a manager at King Cullen Supermarkets and subsequently moved to UPS where he was the Union Shop Steward. In 1970 John took over as manager of the Bliss Tavern in Sunnyside. In 1983 he made the decision to go into his own business. His first establishment was the Cork Lounge on Greenpoint Avenue in Long Island City and in 1988 opened the Grandstand Restaurant and turned it into a thriving business.

"John was a dedicated member of the Co. Cork Association for 46 years; he chaired numerous committees and held many offices including President in 1997. He was a member of the committee who acquired the Cork Building in LIC in 1983.

"He was also a great supporter of the Irish Immigration Reform Movement from its founding at the Cork Association in 1987 as well the Emerald Isle Immigration Center (EIIC), the NY Irish Center and the Cork Football and Hurling Clubs.

"John embodied the goals and aspirations of the founding members of our Association – benevolence, patriotism and protection. As a result, John embraced many Irish Causes. Numerous Irish organizations and individuals were the beneficiaries of John’s benevolence and hospitality. The Grandstand was often the first stop for many Corkonians looking for employment and housing. John never failed to assist them.

"We are proud of John’s legacy and his contribution to our Association and to the Irish American Community. In addition to his being celebrated as 1983 Corkman of the Year, John was honored by many Irish organizations including the Cork Gaelic Football Club, the Dublin Society and EIIC.

"We are grateful for John’s friendship and leadership in our Association. We extend our condolences to his wife Christina, their children, Denis, Mark, John (deceased), Michael and Maureen, their eight grandchildren, C.J., Kyle, Nicholas, Connor, Reilly, Logan Browne, and Andrew and Ryan DeNicola and two great grandchildren, Colin and Kaylee. Sincerest condolences also to John’s siblings, Billy, Michael, Tadg, Anthony and Marian who share in John’s loss, but joyful in his reunion with his departed son John and his siblings, Christy, James and Denis.