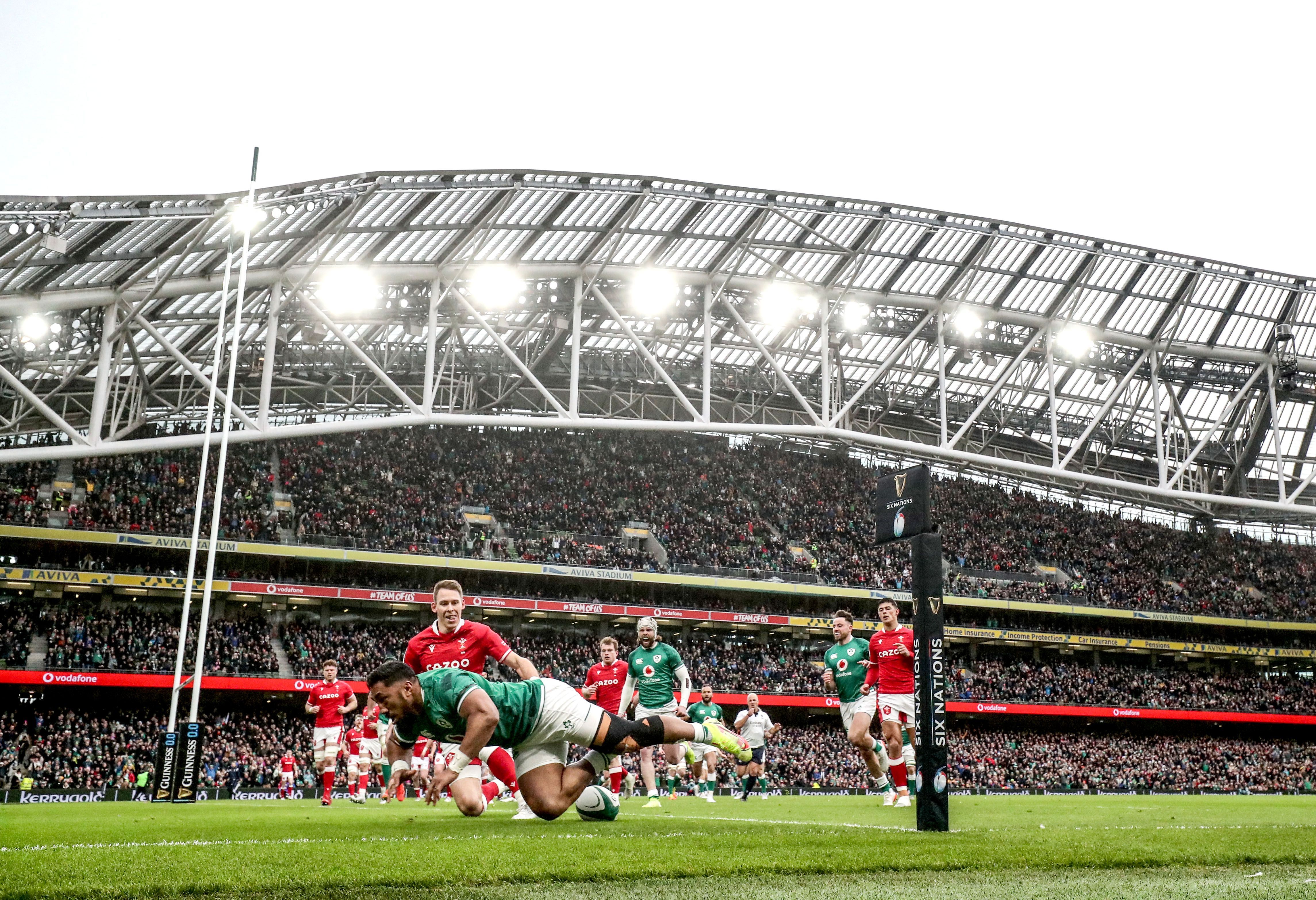 Andy Farrell’s new Ireland  game plan is a delight to watch as it puts an emphasis on front-foot rugby unlike that of his predecessor Joe Schmidt who wanted a play by numbers from the coach’s manual to rule at all times.

Ireland’s rugby style was devised in the second half of last year and worked so well against no less a team than New Zealand as well as Japan and Argentina, two other teams which traditionally give us trouble when we meet them.

That Wales stayed in the game 10-0 at half-time was due more to Ireland not finishing off their good work rather than the depleted visitors having anything real to offer as attacking options in the Aviva Stadium on Saturday afternoon.

Of course the acid test of how far Farrell’s brave new world has advanced will be against France in Paris this weekend when the favorites for the Six Nations will give the Irish squad its first serious examination.

France had a five try, bonus point victory as expected against Italy last Sunday which puts them on top of the table after one round on score difference from Ireland. The battle of the expected "Big Two" now that England have already suffered defeat at the hands of Scotland in Murrayfield should tell us a lot about who is likelier to kick on and either win the championship or the Grand Slam in the coming five weeks or so.

Ireland scored a try by Bundee Aki after just two minutes but a conversion and a penalty was all we had to show for dominating the possession until the interval. However on the changeover we clicked into gear with Munster’s Andy Conway finishing off two great three quarter moves with tries in the corner, both of which were converted by Irish talisman Jonathan Sexton.

Conway’s presence on the wing then help centre Garry Ringrose to run a beautifully arced loop through the Welsh defense to score Ireland’s fourth and bonus point try which went unconverted despite the kick being easier for Sexton. Wales probably wouldn’t have managed a score at all except for the fact that Tadhg Beirne’s pass which was an attempt to attack from deep within Irish territory was intercepted by Taine Basham who scored the under the post.

The other major talking point about the game was the performance of Aussie-born winger Mack Hansen, who ended up with the man of the match award for his incursions in and across the Irish three quarter line. He constantly punched holes in the Welsh rearguard and while he didn’t score himself, he initiated several scores in an action-packed performance.

Afterwards Farrell was very focused on the importance of how Ireland set up to defend as well as attack. “People are talking about the way we're playing the game at the moment but the best part of our game by a country mile is our defence. It was great, it was something that we constantly talk about," he pointed out.

“Our discipline and decision making was great, discipline doesn't just count for penalties, it counts for how you play your own game as well and it was pretty good across the board. There's plenty to work on as well. We're delighted with the win, and obviously the bonus is the bonus point. To get a bonus point win against a side like Wales is no mean feat, so we're delighted with that, really pleased with certain aspects of our game.”

Referring to Hansen he went on: “He's got the temperament for handling debuts, he's very cool, calm and collected him how he plays the game. It suits how we play the game as well, we want to be nice and controlled in how we make decisions and I thought he was pretty smooth at times.”