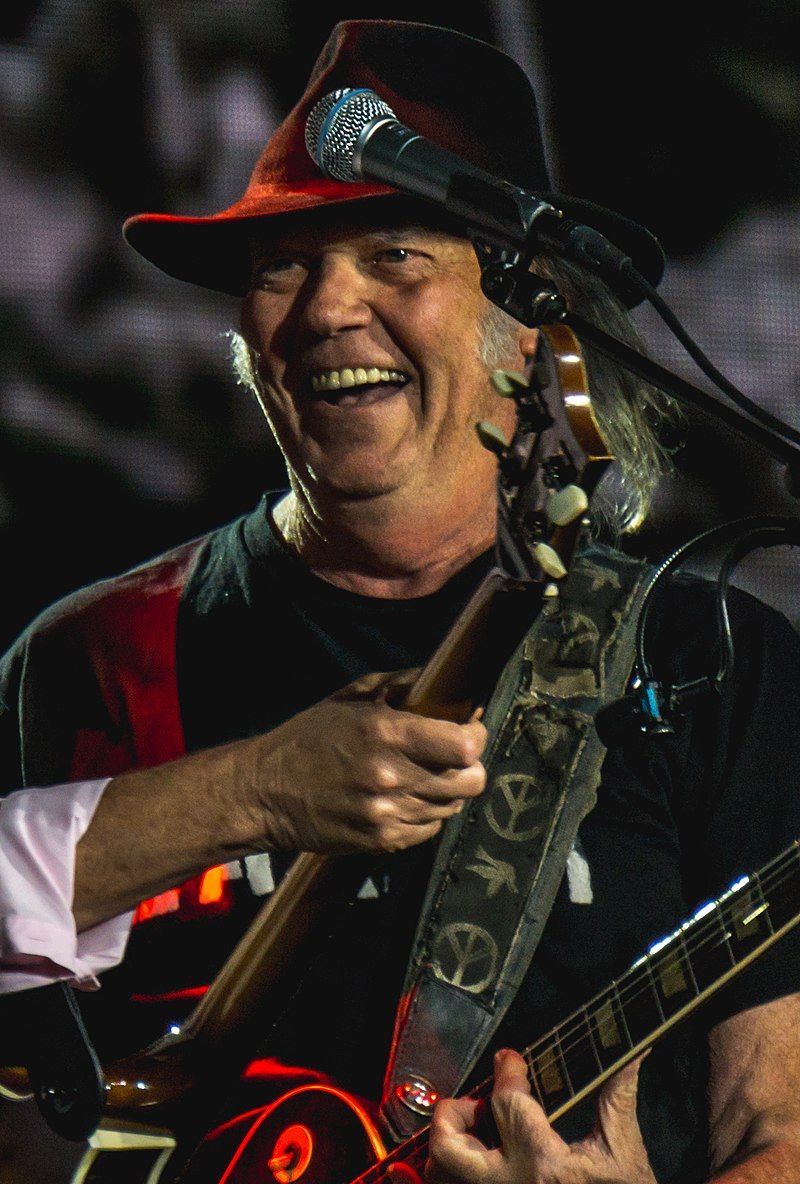 KIRWAN: The Glorification of Vapid Notoriety

Neil Young had the biggest head of any musician I’d ever met. I’m talking literally, of course, not figuratively.

He came to see Black 47 in Paddy Reilly’s back in the early 90s. During a break we sat together, but every time I glanced around to check out the size of the crowd, Neil’s head blocked my view.

We shared the same manager, the legendary Elliot Roberts. Elliot could talk the hind-legs off Delaney’s Donkey but Neil drank his beer in relative silence.

Oddly enough, I still remember the two morsels of information he shared with me that night.

In between deep slugs of Steve Duggan’s best-poured pint of Guinness, Neil casually mentioned that his father, a Canadian sportswriter, had retired to Howth in County Dublin.

When I inquired what guitar effects he used to get such an array of sounds, he was quite adamant that he employed none. He must have caught the look of disbelief on my face for he added, “Turn the guitar up loud enough and you’ll get any sound you want.”

After that piece of sonic wisdom we returned to studying the creamy bubbles of Guinness settle at the bottom of our glasses.

I mention this to iterate that Neil Young is a man of few, but consequential, words.

Now I don’t follow pop culture so I don’t know Joe Rogan from a hole in the wall. But I know his type having been interviewed at hundreds of radio stations across these vast United States.

Joe is descended from the shock jocks of the last 50 years, most of whom were pretty harmless. If you didn’t like them, you just flipped the dial, and they faded off into the ether.

Mr. Rogan, however, has a huge national audience for his podcast. Rumor has it the lucky man has received $100 million from Spotify for his services.

Good for you, Joe! At least someone is making money from Spotify. The vast majority of musicians make pennies from this all-powerful lease-a-song outfit.

Neil Young’s recent beef with Joe Rogan and Spotify is that both podcaster and platform are allowing false information to be spread about the efficacy of vaccines that are saving thousands of lives every day.

Well over 900,000 Americans have died from Covid-19 in the last two years and more than 2000 continue to die daily from this curse.

Mr. Rogan has the most popular podcast in the universe right now. You’d think in these trying times he’d use it to save lives? With Omicron infection declining by the day, we may soon have an opportunity to get back on our feet and prepare for what comes next.

Vaccines and booster shots may not be our only saviors from any future variants, but for now they are undoubtedly the best options.

Which brings me back to Neil. Some months after our quiet interaction at Reilly’s, Black 47 played Farm Aid at his request, along with Johnny Cash, Willie Nelson, and a host of legends.

It was a very democratic concert at the Iowa State football stadium. Each act was allotted time enough for three songs.

As you might imagine, Black 47 performed in the afternoon. It was night before Neil Young closed the show.

John Mellencamp was the penultimate act and he almost blew that packed stadium apart with his kinetic brand of hinterland rock. Standing at the side of the stage I wondered how Neil could top that.

He strolled on with just an acoustic guitar and stood before the microphone, before walking offstage again to where his young son, Ben, who suffered from cerebral palsy, sat in his wheelchair.

He took some seconds to establish eye contact with Ben. Then Neil ambled back onstage and sang "After The Gold Rush," a lament about our heedless destruction of the environment.

The sheer artistry of the song and the depth of its message caused a powerful hush to descend on the multitude in that vast football stadium.

It was a major lesson in both music and life: volume is not important in getting your message across, but the truth most definitely is.

Think about it, Joe, ratings and vapid notoriety only count for so much. There are lives to be saved out there.