Home Opinion KIRWAN: A Force To Be Reckoned With 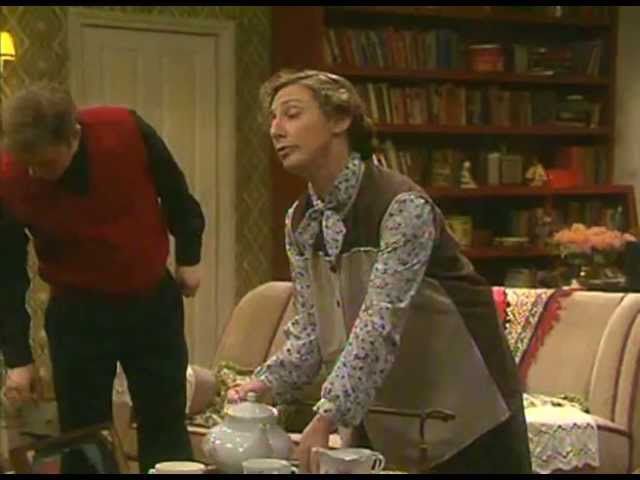 Will you have a cup of tea father? Mrs. Doyle serves the tea in Fr. Ted, whether it was wanted or not.

KIRWAN: A Force To Be Reckoned With

Once a person of consequence, the priest’s housekeeper appears to have slipped quietly into the past. She was mostly a rural Irish phenomenon, for in urban areas priests usually lived communally tended to by anonymous sacristans.

But in villages the priest’s housekeeper was a force to be reckoned with.

And why not? The canon, monsignor, parish priest or curate was the most important local authority and the housekeeper was his eyes and ears.

More often than not she was an outsider, and had either arrived with her reverend, or was hired from some other part of the county.

She might make friends locally and visit them, but the big house was like a magnet always drawing her back.

This truce, alas, did not last long. One morning Miss Codd delivered a bombshell. “Should I find another article of clothing on the floor I will donate it to the St. Vincent De Paul Society For The Poor."

Though there was never a suggestion of any hanky-panky, there was an ineffable bond between them that often led to gossip.

The housekeeper’s power lay in her proximity to unquestioned power and in her ability to subtly let the community know which way the wind was blowing.

I had much opportunity to study these formidable ladies because my grandfather’s headstone business necessitated contact with every parish priest and curate in County Wexford.

Then when I was nearing my teenage years, Miss Kitty Codd arrived to keep house for us. Her employer of 30 years, Fr. Quigley, a parish priest of some renown, had passed away recently.

My grandfather informed me that clerical housekeepers tended to move from one priest to the next, but that Miss Codd had been so attached to the late Fr. Quigley she desired a change.

Though he realized she would come with certain baggage, he was of the opinion that she might bring some order to our big barracks of a house.  We had lost two housekeepers in quick succession because my Uncle Paddy “had put the run on them” for failing to iron his shirts to his precise specifications.

I might add that my grandfather and uncle had not spoken in many years, though they worked together in the headstone business and shared the same abode.

This was the household that Miss Codd became a part of – often silent but rarely peaceful.

To say she had no time for nonsense would be an understatement, and she immediately set about “putting some manners” on me. This gained her Paddy’s approval for he and I had been feuding since my arrival some years previously to keep my grandfather company.

Miss Codd must have been a dab hand at ironing for Paddy raised no complaints about singed shirt collars or other such sartorial travesties.

This truce, alas, did not last long. One morning Miss Codd delivered a bombshell. “Should I find another article of clothing on the floor I will donate it to the St. Vincent De Paul Society For The Poor."

Paddy looked up from his porridge and muttered, “You will in your…”

But Miss Codd silenced him with a steely glare and he never finished his uncouth sentence.

A sense of order descended upon our house of silent turmoil. We got used to her “clerical” ways and she for the most part tolerated our ingrained “street habits.”

She taught me a lot – a million songs, how to play cards, dance the Walls of Limerick, along with the proper way to treat young ladies once I began casting my eyes in that direction.

She was riddled with superstition and, after a cup of tea, full of chat. I waited in vain for her to shed some light on her life with Fr. Quigley, for I had a teenage notion that she had been secretly in love with him.

But the rare time his name arose she would quietly state that he had “the makings of a saint within him” and look off into the distance.

She informed me that I wasn’t responsible for my many sins, because living in a household where father and son did not speak was against both God and nature.

Both my grandfather and Miss Codd passed away in the visa challenged years I spent exclusively in the United States.

I miss both of them and their quiet certitude. I even think fondly of Uncle Paddy who lived on alone in our big barracks of a house and every fortnight sent out his shirts by the sack full to be dry-cleaned.