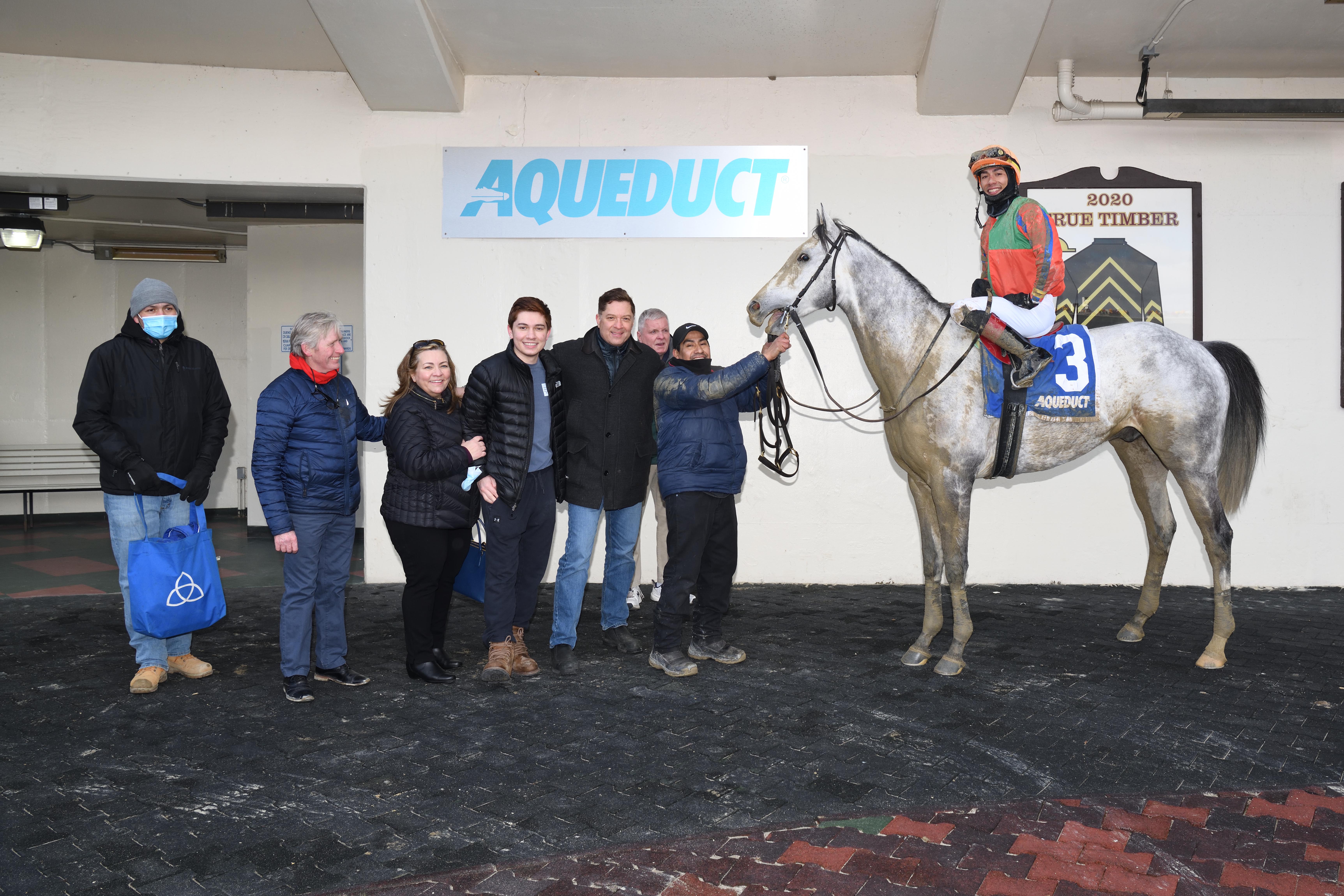 e happy winner's enclosure scene after Drafted won the Toboggan at Aqueduct on Saturday. Trainer David Duggan is second from left in the blue jacket. Jose Ortiz is the jockey. ADAM COGLIANESE

David Duggan earned his first graded stakes win since 2009 when he sent out Drafted to win the Grade 3 Toboggan at Aqueduct on Saturday. The 8-year-old gelding was the early trailer in the compact field of five only to swoop past his rivals while racing wide around the far turn. He shook them off straightening for home and reached the wire four lengths in front. Jose Ortiz rode the $15.80 winner.

Drafted, which last tasted victory in 2019 in the United Arab Emirates, is owned by the partnership of Dublin Fjord Stables, Racepoint Stables, Kevin Hilbert and Thomas O’Keefe. Since returning to the U.S. in 2020, he has been a minor player in eight races, all sprints. He needs a lively pace to set up his late run and got that in the Toboggan.

“They went fast enough up front and [Drafted] got into a lovely rhythm,” said Duggan, who was raised in Birdhill, Co. Tipperary. “The speed stopped and I knew the seven-eighths would help him because he’s got that patented run if you leave him alone. He’s been showing up without getting his head in front, so it was nice to get him justified.”

“I was traveling well and as soon as I put him in the clear, he jumped on the bridle and wanted to go,” Ortiz said. “I know it was an early move but I did it to win. It was just a feeling. I felt that it was a good time to pass everyone and I had enough to keep going.”

Happy Medium, the 1-5 favorite from the Michelle Nevin stable, finished third after surrendering the lead.

“The track might not have been the greatest down in there,” Nevin said. “We’re just going to have to get him home and make sure everything is okay.”