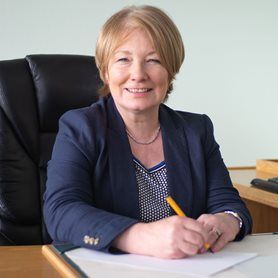 A recent Northern Ireland Police Ombudsman Report into the murders of 19 people between 1989-1993 by members of the paramilitary Ulster Defense Association (UDA) found evidence of collusion between Royal Ulster Constabulary officers (RUC) and loyalist paramilitary killers.

In her analysis of the 19 cases, Police Ombudsman Marie Anderson relied on the “broad definition” of collusion used by Sir John Stevens in his investigation of British intelligence collusion with loyalist paramilitaries.

Stevens said elements of collusion include “the willful failure to keep records, the absence of accountability, the withholding of intelligence and evidence, through [to] the extreme of agents being involved in murder.”

The Ombudsman found every part of the definition applied. In the report, she “identified all of these elements [in] the conduct of former RUC officers.”

The murder weapon, a V258 assault rifle, was found 13 months later. It came from a cache of weapons that had been imported from South Africa by loyalist paramilitaries. Some of those involved in the arms importation were informants for the RUC Special Branch. The police protected these informants.

For family members of those killed, the findings confirm what they have been saying from the start. That is, collusion between state security forces and the killers played a role in the murders of their loved ones.

The report is an important public acknowledgement that the families’ claims over the past three decades were genuine. Nevertheless, some family members criticized certain aspects of the report for a lack of thoroughness that denied them the full truth about what happened. They had good reason for doing so.

Take the case of Patrick Shanaghan. He was shot to death by the UDA in Castlederg, County Tyrone on August 12, 1991, while driving to work. No one was ever prosecuted for his murder.

The murder weapon, a V258 assault rifle, was found 13 months later. It came from a cache of weapons that had been imported from South Africa by loyalist paramilitaries. Some of those involved in the arms importation were informants for the RUC Special Branch. The police protected these informants.

A prior Ombudsman Report found there were “failings in the original police operation put in place at the time to intercept the importation and arrest those involved,” and there was a “lack of a concerted investigative effort to bring those responsible for the importation to justice.” These derelictions of duty allowed weapons from the arms importation to be distributed to individuals who used them to commit murders.

The present Ombudsman found these derelictions led to a “significantly enhanced [UDA} capability” and the escalation of “its sectarian campaign against the nationalist and republican communities,” as evidenced by the murders. She noted the weapon used to kill Patrick Shanaghan was also used in the attempted murder of Patrick McErlain.

The Ombudsman’s determination of collusion in the Shanaghan case was based on the failure by police to intercept the weapons and arrest the perpetrators, which made it possible for the V258 assault rifle to be used in the murder. She did not, however, find collusion in other aspects of his murder, such as security force involvement in how he was targeted and killed. There is reason to question that conclusion.

The report did not address whether the 2001 European Court of Human Rights (ECHR) holding in Shanaghan v the United Kingdom (UK) has ever been fulfilled. It hasn’t. The Shanaghan case was brought by the Committee on the Administration of Justice (CAJ), a non-sectarian, non-governmental Belfast human rights group. My role in it was to conduct legal research for CAJ on U.S. civil rights law concerning criminal conspiracy and the denial of due process. The case marked the first time the ECHR addressed allegations of collusion during the Troubles.

The ECHR decision called for an independent, human rights-compliant investigation of collusion by security forces in the targeting and killing of Patrick Shanaghan. The ECHR ruled the RUC had not conducted one. Unfortunately, neither has the Ombudsman.

In Shanaghan v the UK, the ECHR notably held that “[p]roper procedures for ensuring the accountability of agents of the State are indispensable in maintaining public confidence and meeting legitimate concerns that might arise from the use of lethal force.” The proper investigation of allegations of police misuse of force, especially lethal force, is essential to the preservation of public trust in government.

A proper investigation is missing in the Shanaghan case. An independent, governmental investigation of Patrick Shanaghan’s murder has not been conducted to this day. This is an important rule of law point. Yet it is one the Ombudsperson chose to ignore.

The Ombudsman’s review of Patrick Shanaghan’s murder relied on the investigation deemed flawed by the ECHR. Although she noted its shortcomings, the Ombudsman concluded that the RUC investigation overall was adequate. However, it was not independent. A fact that has not changed since the 2001 ECHR decision.

By not honoring the ECHR ruling, the Ombudsman’s finding of collusion was limited to the distribution of the murder weapon. This limitation denied the family their right to hear the full truth from the government.

It leaves questions about the murder unanswered.

Ed Neafsey is a retired NJ Superior Court Judge. He provided legal research on U.S. torture and civil rights law to the Belfast human rights group Committee on the Administration of Justice in the Hooded Men Case and Shanaghan v UK. He served as a trial observer in the Diplock court case against the Beechmont 5 defendants and as a volunteer observer at an Apprentice Boys parade during the Troubles. He presented continuing legal education lectures on the Northern Ireland peace process at annual meetings of the NJ State Bar Association and NJ Judiciary. He holds dual American and Irish citizenship.