Home Opinion ADAMS: The Game is Well and Truly Up 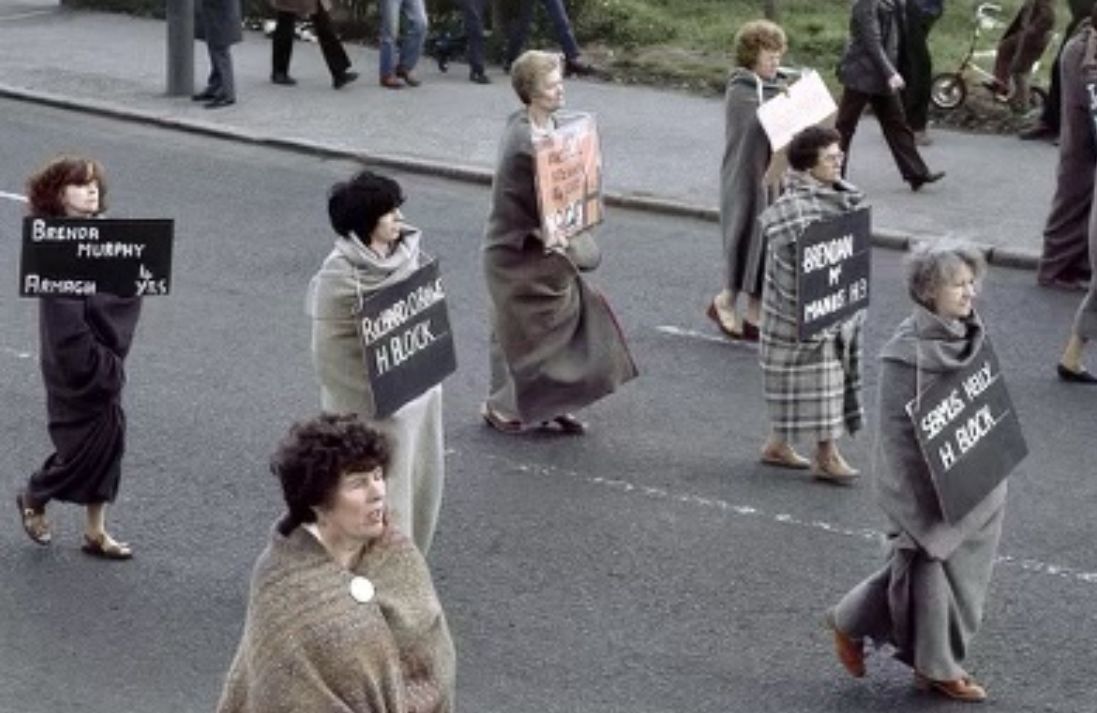 ADAMS: The Game is Well and Truly Up

The singular message emerging from the conflicting voices within political unionism at this time is their opposition to the election of a Sinn Féin First Minister. Whatever other differences there may be between the different strands of unionism on other issues like how to oppose the protocol, on this they are united.

In part this is because a republican First Minister exposes the very basis of a northern state which was always intended to be ruled by unionism in the interests of unionism and to the exclusion of all others.

But it also challenges the core, fundamental conviction of many unionists who believe that they have the right to veto any decision or outcome that is not in their interests; including the democratic outcome of an election. The Assembly election in May provides an opportunity to challenge this undemocratic, biased and discriminatory philosophy.

Will there be a republican First Minister? I don’t know. That’s for the people to decide. And whatever they decide has to be accepted. For those not sure of who to vote for? Listen to the policies and arguments from all of the parties. Whether it’s on the constitutional question or on broad policy issues, make your decision based on the facts.

I know some nationalists and republicans have doubts at different times about the worth of the Assembly. This is particularly when the DUP play fast and loose with the Good Friday Agreement and its institutions. But we need to be longsighted about this. We, including the DUP, are living in a time of transition. That’s regardless of who is elected as First Minister. DUP leaders know this. Some of them know the game is up. But it’s not over. For them it’s all about the Union.

Is the Assembly the end goal for republicans? Of course not. Ending the union is our objective. The people should decide the future and all the elements of it. I want to live in a real republic. But that also is a democratic choice. First we need to end the union and create a new national democracy. In the meantime, and maybe even as part of that new dispensation, it may also be good to have a regional chamber - a space - for the parties to debate their differences and for public representatives to get to know each other. One hopeful sign, even in these fraught times, is how so many political opponents united in their expressions of solidarity to Christopher Stalford’s wife and family and his DUP colleagues after Christopher’s sudden death. For once our common humanity and decency ruled.

Maura McCrory died last week and I attended her funeral. It was uplifting to see so many of Maura’s friends from across the decades gathered in her honor and in respect and solidarity with her clan. I’m sure Maura’s family took comfort from that. While she has been ill for the last few years in the 1970s and 1980s Maura was hugely well known as a defender of the political prisoners.

The Relatives Action Committees was established in the mid-1970s as a response to the denial of political status and the ill-treatment of republican POWs. Maura, whose son Alec was in the H-Blocks, was one of its leaders. She was an articulate, courageous, fearless working class woman who faced down the threats of unionist death squads, and of the RUC and British Army, and who challenged the criminalization policy of the British government.

Criminalization was introduced by the British government in 1975 and took affect from 1 March 1976. Anyone charged and convicted of an offense after that date was no longer eligible for political status. Labelling republican activists as criminals is a strategy as old England’s colonial involvement in our country. Some in the Irish political and media establishment continue to pursue this policy to this day.

The Relatives Action Committees were primarily made up of the mothers, wives, partners, daughters and sisters of the hundreds of women and men who were being held in British prisoners. Maura McCrory, Lily Fitizsimons, Mary Neilis, Bernadette McAliskey, Kathleen Gallagher and hundreds more formed the backbone of the campaign.

Wearing blankets, holding token hunger strikes and pickets in all weathers, organizing marches and conferences the RAC was a formidable campaigning organization. Its members refused to be intimidated by the frequent verbal and physical abuse they suffered from the RUC and British Army.

As the years passed it was decided to establish a broad based organization to campaign on political status. In October 1979 the National Smash H-Block Armagh organization was set up involving political parties, individual politicians, campaigners and relatives. Maura was on the national committee.

Maura McCrory and her friend Miriam Daly were elected on to the national committee and 11 days later Miriam was shot and killed by a UDA death squad in her home on the Andersonstown Road.

Four months later, in October 1980, two more members of the national committee, Ronnie Bunting and Noel Lyttle, were shot dead in Ronnie’s home by a UDA gang. The following January, Bernadette McAliskey and her husband Michael were shot and grievously wounded in their home and left for dead in another loyalist attack. All of these attacks are believed to have involved collusion with the RUC and British Army.

Despite this murder campaign and the physical assaults that often took place during marches and demonstrations, when thousands of plastics bullets were fired, Maura McCrory never wavered, never faltered. She was a defiant voice against British injustice.

When the 1981 hunger strike ended Maura continued to campaign on prisoners issues, especially in support of the women prisoners in Armagh Jail who were enduring a punitive and violent strip search policy by the prison administration.

In West Belfast she was among those who helped establish the Falls Women’s Centre which worked on behalf of women, providing support and advice and active solidarity especially for women suffering from abuse.

Maura McCrory was one of those indomitable Irish women who set aside their own fears and their own self-interest to work on behalf of others. She was a bold, fearless leader. A warm human being. She will be sadly missed by her family and by all of us who had the honor to know her.

I published a new book last August. It’s called "Black Mountain and Other Stories." Because of the pandemic I was not able to do many readings or signings. Last August I wasn’t at all worried. I will do it at Christmas I thought. But of course that didn’t happen either.

But now as restrictions are easing my day has come. Black Mountain will soon be available at a venue near you, or online at https://www.sinnfeinbookshop.com/ and An Fhuiseog at 55 Falls Road, Belfast BT12 4PD https://www.facebook.com/AnFhuiseog/