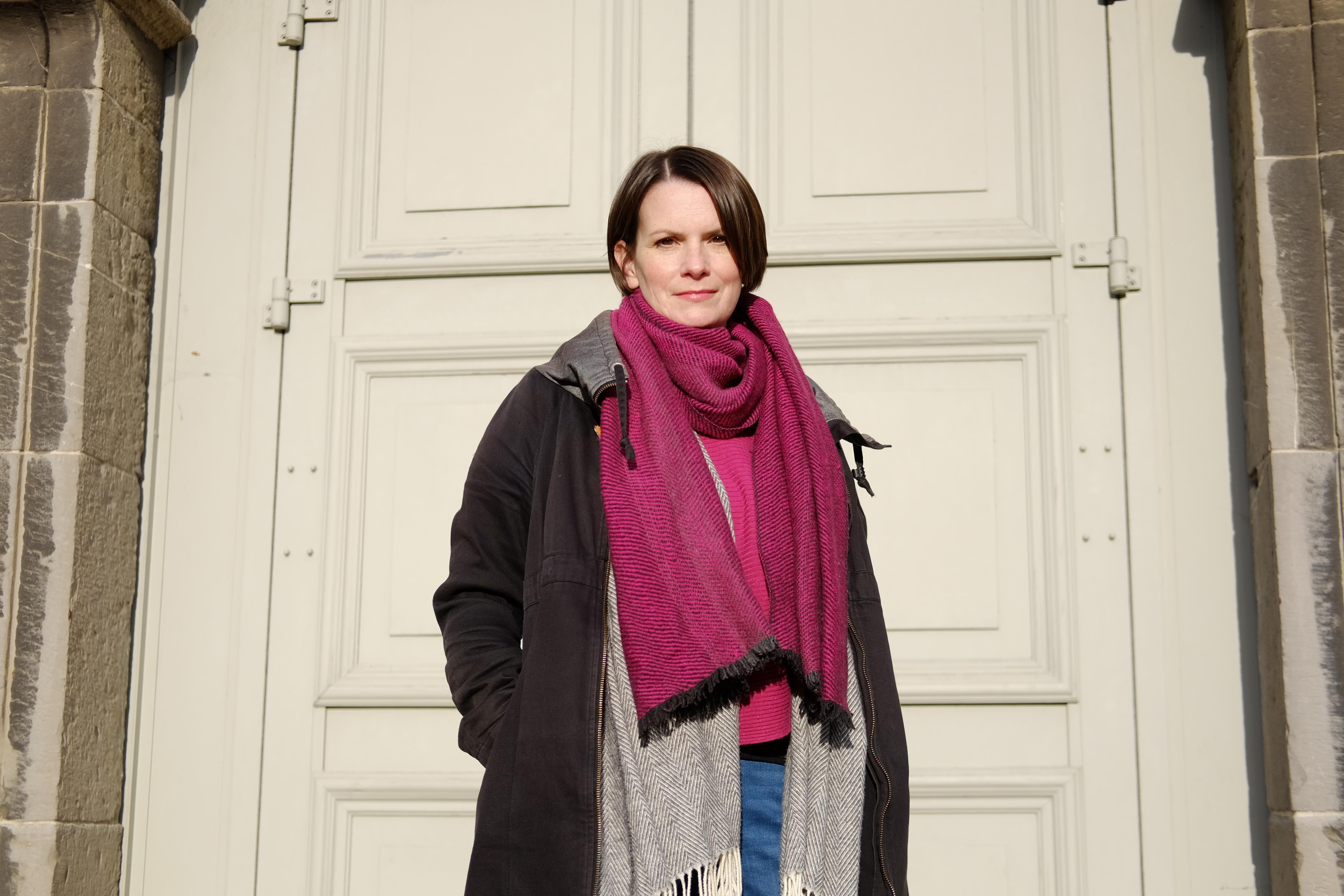 Michelle Gallen’s second novel “‘Factory Girls’ is “a great read if you’ve already finished Season 3 of ‘Derry Girls.’” Arlington Magazine wasn’t the only review to make the comparison. Several did. And it’s certainly a great hook to be linked with the Netflix streaming hit that Martin Scorsese has recently endorsed.

Another writer, Jan Carson, said, “Honest, hilarious and such a recognizable portrait of ’90s Northern Ireland, ‘Factory Girls’ is an essential read."

The Irish Independent’s reviewer wrote, “Gallen’s pen draws blood with the sharpness of her observations, rendering a fresh and acutely more complex portrait of Northern Ireland through Maeve’s eyes. Gallen asks, what can one young woman do with hope?”

And the Irish Times’ reviewer said, “With a clear eye for the compromises and hypocrisies this condition of living creates, Gallen has written an original and compelling book that describes a pre-ceasefire society that is both distant and familiar."

Novelist Mary Beth Keane offered an American perspective, “Michelle Gallen's ‘Factory Girls’ pulses with dark, irreverent humor. Set in a place where dreams are laughable at best, dangerous at worst, it's a big F you to the only world these characters know. And yet, there's vulnerability here. Hope, too. I loved it."

Gallen herself told us that her second novel, just published in the U.S., “is set in the summer of 1994 and stars mouthy Maeve Murray who wants good final exam results so she can escape her crowded home, the silence and sadness surrounding her sister’s death, and most of all, the simmering violence of the last days of the Troubles.

“But getting the right exam results is only part of Maeve’s problem—she’s got to survive a tit-for-tat paramilitary campaign, iron 100 shirts an hour all-day every day to keep her summer job in the local factory, and deal with the attentions of Andy Strawbridge, her slick and untrustworthy English boss.”

The novelist added, “Over the summer Maeve is tested in ways her Catholic school and family life haven’t equipped her to handle and she’s forced to make some decisions that will affect her – and those she loves – forever.”

The recent sudden illness and death of Maeve’s older sister Deirdre, a college student, is mentioned occasionally, but it is present always, and so a novel that is described as a “blistering comedy” (People Magazine) can be noted for a sorrow that is “palpable” (Library Journey). One of those quoted above, Silas House, said Gallen’s novel “will break your heart and make you laugh out loud, sometimes within the same paragraph.”

This is the case late on with a visit to Maeve’s home by their irritating chatterbox neighbor Sarah, who is treated royally wherever she goes, with tea and the best food available and respect, in part because people worry that she’ll gossip about them in other homes if she’s not. But her community supports Sarah also because her son has been serving three life sentences in England, an obvious miscarriage of justice because everyone knew that — to paraphrase his father’s defense of him in court – “though Dermot had a face for modelling balaclavas he hadn’t the wit to run a piss-up in an Irish bar, never mind manufacture and distribute bombs from a bedsit in Cheetham Hill.”

Maeve doesn’t rate his mother’s brainpower highly either, but wonders, too, if Sarah’s house is like theirs: “Like there was something missing. Like time had both frozen and yet somehow streaked past them.”

I don’t really have a writing routine. I took a month off work years ago and wrote 70,000 words of “Big Girl Small Town” over 30 days – but then it took me three years to finish the book. I started “Factory Girls” after the birth of my second child – he’s now 7! So, I don’t feel I have a regular writing practice. It seems to be a mix of hard daily graft and incredibly productive splurges.

Read everything and write every day. I read widely and deeply – I don’t care if a novel is a Man Booker winner or if it’s pulp fiction – if it grabs me, I let myself be possessed. I think the difference between someone who reads for pleasure and a writer who reads, however, is that when something moves, inspires or thrills the writer, they first savor the experience, then when the feeling passes, they take a scalpel to the page and dissect what the other author did with words and sentences to make a reader feel the way you did. That’s the easy bit. The hard bit is writing every day, so that you learn by doing.

“Milkman” by Anna Burns, “The Butcher Boy” by Pat McCabe and “PriestDaddy” by Patricia Lockwood. All informed by divinely darkly funny Catholic sensibility.

I’m currently reading Martina Devlin’s “Edith,” which is based on the life of Edith Somerville of “Somerville and Ross” fame. The novel is set in the turbulent period of Irish Independence 1921-22, during which Edith Somerville finds herself in a perilous position as a member of the Anglo-Irish Ascendancy, struggling to protect the family mansion as the big houses around her are burned out.

Having met Ted Hughes back in the ’90s, I would love to meet Sylvia Plath to get a sense of her in person. As much as you can get an impression of a writer from the page, there’s something ineffable about in-person meetings.

As a pre-teen I smuggled Christy Brown’s “Down All the Days”  off of my mother’s bookshelf and read it in secret. The author of this riotous, filthy, lyrical and heartbreaking book was almost completely paralyzed by cerebral palsy. The book’s lessons on endurance, joy and resilience helped me navigate some very dark days.

Every nook and cranny -- from my own chaotic but sunny back yard to the cliffs of Sliabh Liag. It’s breathtakingly beautiful island, stuffed full of fascinating characters, animals, flora and fauna.