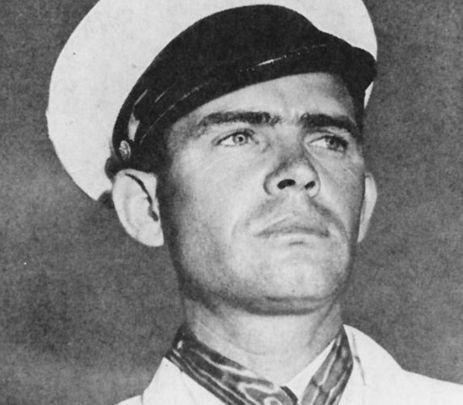 Pic of Day: Two Irish Americans won the Medal of Honor on this day in 1941. They were John William Finn, who survived the attack ion Pearl Harbor, and Frank C. Flaherty who did not. Finn (pictured), a chief aviation ordnance man stationed at Naval Air Station Kaneohe Bay, earned his medal by manning a machine gun from an exposed position throughout the attack, despite being repeatedly wounded.