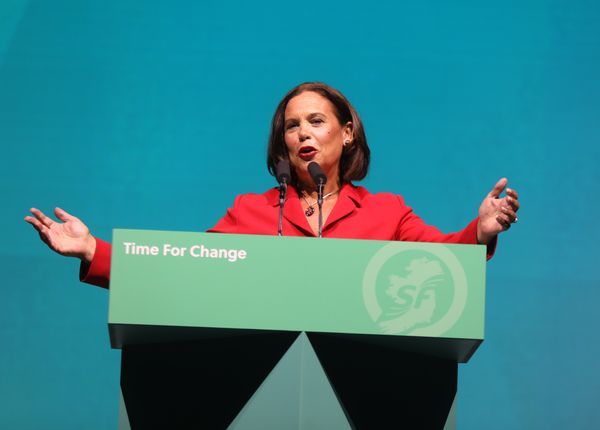 Unity Must Be Immediately Addressed

The Irish government must “immediately set up a Citizens’ Assembly on unity," Sinn Féin president Mary-Lou McDonald has told the party’s Ard Fheis.

Speaking to 2,000 party delegates in Dublin’s RDS, McDonald said that the Irish people are on the cusp of “an historic opportunity."

Rising fuel and electricity prices and the cost of living dominated the Ard Fheis while there was a particular focus on energy independence, which Ms. McDonald said will be a “game changer” for Ireland, creating new jobs, opportunity and prosperity.

“We can build a nation home for all our people,” she said.

“Some are apprehensive about Irish unity. I want you to know that in a new Ireland you will be cherished, included, respected as equal citizens. This is your place. This is your home. Be part of shaping its future.”

Ms. McDonald said that while other parties said yes to Irish unity, they are quick to add that now is not the right time.

“The time to plan for peaceful, democratic constitutional change is now. The days of treading water are over," she said.

With Sinn Féin tipped to lead the next Irish government if recent opinion polls are to be believed, McDonald was looking to the next general election in two years’ time.

“Our people are ready for change,” she said. “Sinn Féin is ready to lead. Ireland has seen some great days, but our greatest days lie ahead.

“Days of unity, equality, and prosperity. Days that belong to everyone. That’s a future worth believing in, worth working for, worth achieving.”

Saying that this was Ireland’s decade of opportunity, the Sinn Féin leader criticized the current government’s housing policy, particularly in respect of young people.

“Our young people will change housing. Locked out of affordable homes, locked into extortionate rents, living in a society where children grow up in hotel rooms.

“Young people are calling this out, and we will work with them to deliver the biggest affordable and social housing program that Ireland has even seen.”