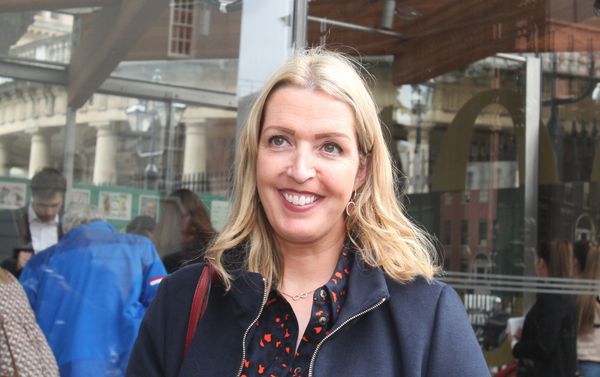 President Michael D Higgins has led tributes to cervical cancer campaigner Vicky Phelan who has passed away at the age of 48.

President Higgins praised the Limerick mother-of-two’s “inner strength and dignity."Taoiseach Micheál Martin extended his sympathies to her family on the the news of her passing on Monday.

In 2018, Vicky Phelan came to national attention in Ireland after she brought a High Court case over how her smear test had been handled. She was diagnosed with cervical cancer in 2014 after her 2011 test showed no abnormalities. She was not informed that her original test was incorrect until 2017.

Phelan successfully sued the U.S. lab that reviewed Irish smear tests and led a campaign which led to an independent investigation which found that at least 221 women also received inaccurate negative results.

President Higgins said: “All of us who had the privilege of meeting Vicky will have been struck by the powerful inner strength and dignity with which she not only faced her own illness, but with the sense of commitment to the public good and the rights of others with which she campaigned.

“Vicky, in all of this made an enormous contribution to Irish society. Thanks to her tireless efforts, despite the terrible personal toll she herself had to carry, so many women’s lives have been protected, and will be protected in the future.

“She will be deeply missed, by all of those who were in awe of her courage, her resilience, offered not only to women, but to all of us in Ireland.”

“I think in the history of this country, I think her actions, particularly in terms of not signing a confidentiality agreement at that particular time and her statement, and on the steps of the High Court will live long in the memory as an example of someone who stood up against the system and the normal conventions of actions and so on to say ‘no, I’m not signing that, I want this revealed in the public interest’ and she stood up for the public interest.”

Dr. Gabriel Scally, who led the independent investigation into the cervical cancer scandal, said Phelan was a “great woman."

He added: “I think, in years to come, she’ll be regarded as having a really seminal influence on healthcare in Ireland and changing it towards a much more patient, sensitive and respectful system.”