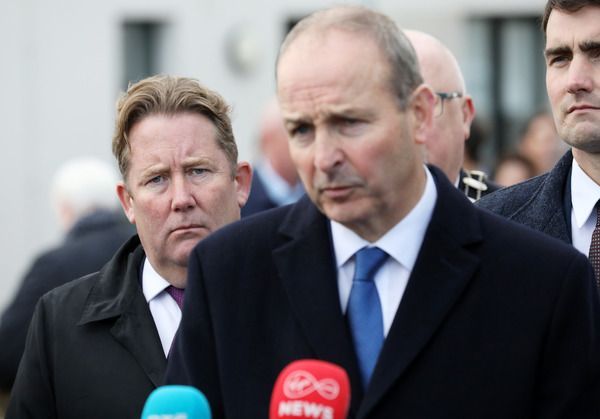 Twitter have still to confirm with its staff in Ireland which of them will be losing their jobs.

Up to half of Twitter’s 500 Dublin-based employees are at risk of redundancy.

The social media network has informed its workforce that it will comply with its statutory requirements with its plans to reduce staff numbers in the country. Twitter has to inform the Minister for Enterprise at least 30 days before its first dismissals take place.

Last week, Twitter informed its global staff that 50 percent of its workforce would lose their jobs due to cost saving measures implemented in the wake of the acquisition of the social media giant by Elon Musk.

Twitter staff who now face redundancy received an email from the company.

Speaking in Tipperary after the news broke, Taoiseach Micheál Martin criticized the manner in which Twitter staff had been treated.

“We are concerned, and our concern is there for the employees of Twitter,” he said.

“There seems to be a fairly unprecedented approach being adopted here to a global workforce and that’s manifesting itself in Ireland.

“What I would say is no matter who you are or what sector you are in, one must always treat people with dignity and respect, and the employees at Twitter deserve to be treated with respect.”

The Labour Party’s Marie Sherlock said: “While political leaders were quick to be present for photocalls with Twitter, I hope they are just as quick to remind Twitter and all other companies of their legal responsibilities with regard to collective redundancies.”

The news comes as speculation builds that Facebook parent Meta will begin lay-offs. The Wall Street Journal reported that an announcement is to be made on Wednesday.

The company employs over 3,000 people in Ireland.

Speaking later at the Cop27 climate conference in Egypt, Taoiseach Martin said: “I’ve been concerned for some time in terms of the global economic situation because of the war in Ukraine and the implications across the board, across Europe and the world.

“We do export everything we produce so what happens globally has an impact on Ireland so our challenge is to make sure that we engage with the IDA (Industrial Development Authorities) and with other companies.”