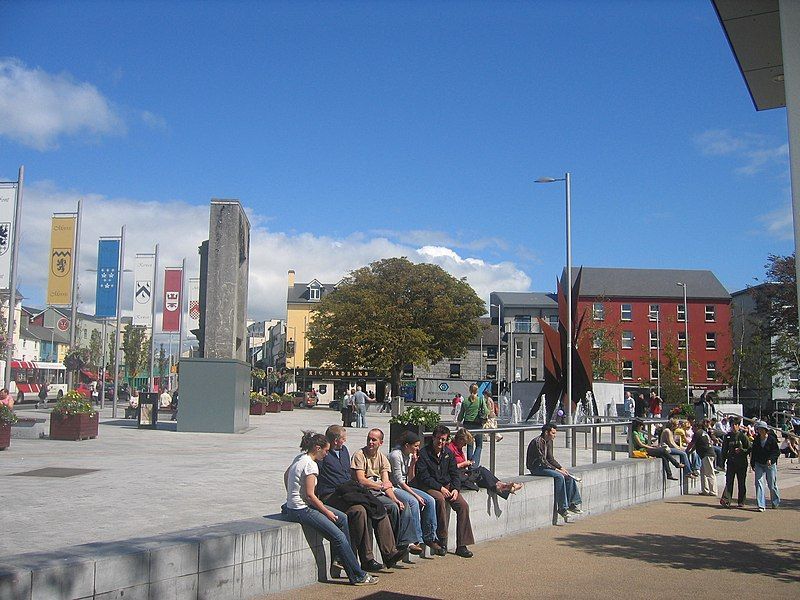 I recently spent a week in Ireland. I usually take a group over annually on a historical/musical tour, but because of the pandemic this was my first time back in three years.

I enjoy this work-vacation as I get to see the country through the eyes of others. From traveling with Black 47 I found that you’re much more invested in what’s happening around you when working rather than merely on vacation.

Thus, while touring Argentina in the fall of 2000, because of our dealings with promoters and vendors we were never less than aware that both country and currency were on the verge of collapse. Ireland was in no such straits on my recent visit, and yet the country has changed much in three years. It’s more youthful, European, and multicultural.

I’m sure there are many who miss the old Ireland, but that’s not hard to find. Take a couple of steps off the beaten rural track and you could well imagine you’re in a scene from "The Quiet Man," or at least "The Snapper." Ireland is still incredibly beautiful.

Though I spent much of my youth in County Wexford I’m still astonished by the deepness of the green. Johnny Cash may have rhapsodised about 40 shades of the color, but he neglected to mention the myriad others.

And though the Dingle Peninsula is one of my favorite places on earth, I never saw it as beautiful as on this trip. As for Galway City, even on a Monday night it was alive and kicking, with traditional music pumping out of bars, and buskers galore ripping it up on Shop Street. And yet, there was a certain unease, though it was usually muttered rather than voiced aloud. Hospitable and socially aware though Ireland may be, there was a definite feeling that, given the shortage of housing, the government had welcomed too many Ukrainian refugees.

This was not the xenophobic distaste for foreigners that you sometimes hear in the U.S., more a sense that the situation had been badly handled officially. Hopefully, time and patience will ease this situation, but with inflation rising rapidly, there could well be a backlash.

Oddly enough, the political situation in the UK helps take the pressure off, for having the basket case of Europe on your doorstep does provide comic relief. Brexit is finally catching up with our noisy neighbors.

Politicians as disingenuous and flat footed as Boris, Liz, and Kwazi, help their Irish counterparts appear statesmanlike, and even downright serene. There’s also a discreet triumphalism wafting around the Republic over the recent census figures in the North.

No one is dancing a victory jig, but the change in Protestant/Catholic demographics has been widely noted. There’s little doubt that Sinn Féin will lead the next Irish government.

Even those of a West Brit persuasion seem resigned to this once terrifying prospect. Not to mention, Sinn Féin will head the next Northern government whenever the DUP wakes up and realizes it’s the 21st Century.

But even the backwoodsmen of the DUP, God love them, have never suggested that the voting system is mystically rigged against them as has happened here since 2020. I have to say I find it somewhat jarring that Ireland is now a more rational country than the U.S.

It just feels more grown-up over there. It could be that once the Catholic Church lost power, people began measuring their lives by a more equable moral compass. It’s not just that gay and other rights are now readily accepted in Ireland, but a live-and-let live atmosphere pervades the country. And nowhere is that more obvious than with women.

Without any church or civil by-your-leave, they have assumed their social and political rights and the country is a lot better for it. The lads seem to have had no trouble ceding their once legendary macho control.

At least that was the impression I got as I watched the Irish Women’s Football team hold on to beat Scotland and qualify for the World Cup. The only way that Irishmen beat Irishwomen that evening was in their roars of approval for their triumphant sisters in Hampden Park.