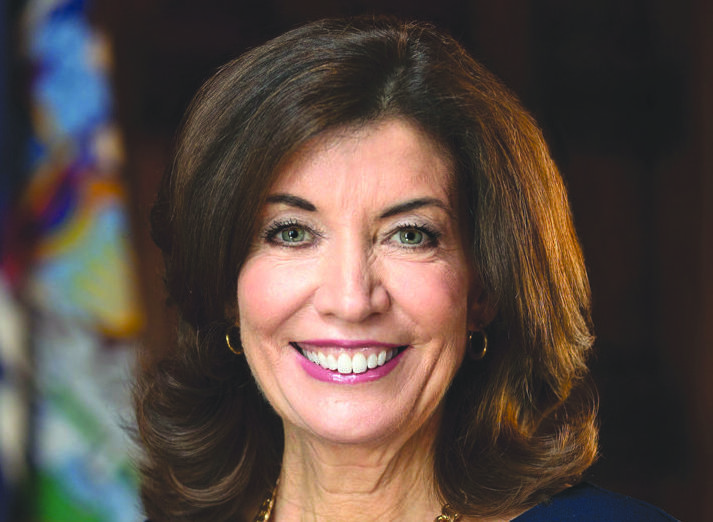 Kathy Hochul has made history by becoming the first woman elected governor of New York.

The Associated Press had called the race for Hochul early Wednesday.

She had defeated her Republican opponent Lee Zeldin.

Hochul, a Buffalo native, took over the governorship after the resignation of Andrew Cuomo.

She immediately drew support in her bid for an election win from Irish American Democratic Party activists, most notably Brian O'Dwyer.

Hochul presented her Irish American family roots in a piece published by the Echo last year.

History was also made in Massachusetts with the election in the Bay State of the first woman governor, former attorney general Maura Healey, like Hochul a Democrat, and Irish American.

Many Midterm races were still being tallied Wednesday morning with Republicans heading for a majority in the House of Representatives.

The Senate remained a toss-up at time of writing. Senate Majority Leader Charles Schumer, a longtime champion of Irish American causes, had won reelection in New York according to the Associated Press.