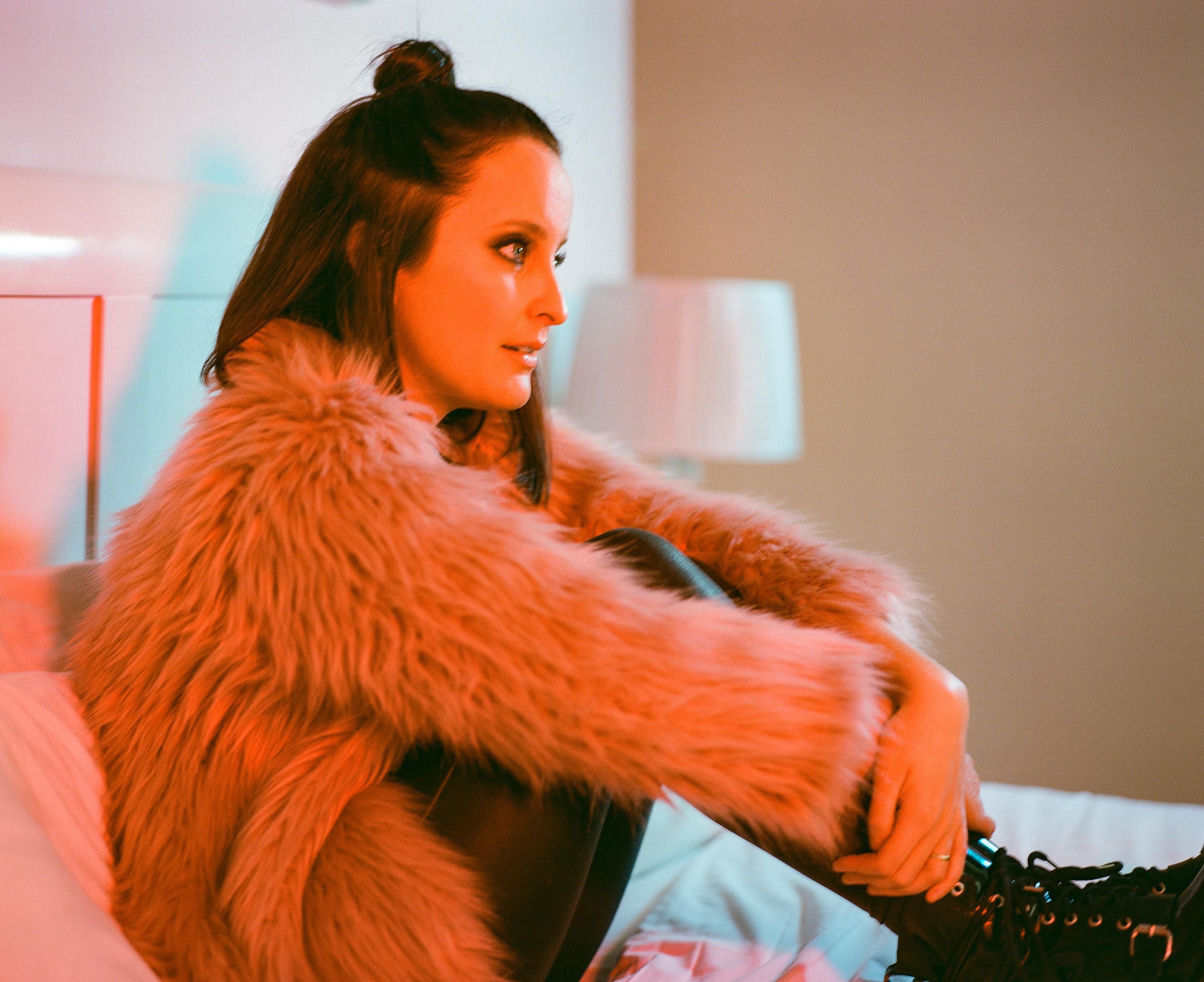 Readers, I’ve had Niamh Dunne’s new solo album “Tides” in my media player this week, and if it’s something new-fangled and cool that you’re after at the moment, this is just the thing.  Comprised solely of well-written newly-composed songs (either by Dunne alone or in collaboration with Sean Óg Graham and/or Michael Keeney) that make a statement, it’s a wonderful collection and one I think readers of this column will appreciate knowing more about.

Those of you familiar with Dunne’s work will know she’s a musician of great substance.  Known primarily as the singer and fiddle player with the band Beoga, Dunne’s been an important reason for their success over the years.  Highlights of the band’s work include their outstanding 2011 album “How to Tune a Fish,” which was shortlisted for a Grammy nomination in the “Best Contemporary World Music Album” category, and their role in Ed Sheeran’s 2017 album “÷”, a collaboration that led to several live appearances with him as well as a spot as the support act on his 2018 tour.  In the world of traditional music that pushes the boundaries of how it might sound, Beoga is an important, high profile band.

But Dunne’s distinguished herself outside the band as well.  For example, her 2013 solo album “Portraits” was wonderful (I remember particularly liking her approach to “Beauty of Limerick”), and in 2007 some of her compositions were played by the 65-piece Ulster Orchestra in Antrim as part of the BBC’s “The Proms in the Park” series.  Her work on Karan Casey’s “Hieroglyphs That Tell The Tale” was noteworthy as well.

“Tides” is an interesting album in presentation, as it’s split into two parts.  The songs in the first half take Irish traditional song as its stylistic basis.  These are very well done, each one sounding as if it was just rediscovered and adapted here to modern tastes.  The album’s second half, introduced by the track “Interlude: Solstice,” signals a stylistic shift, and is more self-contained.  Made up of songs with a contemporary feel, they have a different sort of expression, one that expands the project’s artistic scope in a most satisfying way.

There’s loads of good stuff to digest here.  The album’s more traditional half consists of five tracks, “Roads of Old Tralee,” “Tales of Old,” “The Raven,” “Thomond Lady Fair,” and “The O’Rahilly.”  All of these are excellent – Dunne’s songwriting is very strong – but the two I find myself particularly drawn to are “Roads of Old Tralee” and “The Raven.”  The former, sung in duet with Belfast-based singer Joshua Burnside (www.joshuaburnside.com), is a love song based on the story of Dunne’s grandparents.  Her grandfather had gone to America to propose to her grandmother.  When they returned to Ireland, they joined the Gaelic League, and after his death in the Rising, she continued to fight for the Irish cause.  Like the story, the music marches along with a heavy pulse and because the two singers’ voices find great balance together, the results are very engaging.  It’s a fantastic start to the album.

“The Raven,” a minor key excursion (that has maybe a bit of a “Solas” feel to it), is an adaptation of the story of Cu Chulainn and The Morrigan, a Celtic Goddess who warns Cu Chulainn that he will be killed in battle.  Again, the song itself feels old (as you would imagine a song adapted from folklore might), but the musical arrangement most certainly does not.  And while one might call the storytelling “mythic,” the musical arrangement (in which Pauline Scanlon features on backing vocals) has an almost cinematic tone, highlighting the contrast between old and the new in an interesting way.  Great credit to Graham, Keeney, Liam Bradley, Kate Ellis, and Conor McCreanor, the backing musicians, who brought these songs to life.

The album’s second half includes “Hold Your Head Up High,” “Hallowed Ground,” “Tides,” “Stories,” and “Did You Ever Love Me (Outro: Equinox).”  Of these, “Hallowed Ground” and “Did You Ever Love Me?” are my standouts.  “Hallowed Ground,” a paean to Inis Oirr, has a cool groove that ambles along getting the occasional lift from a languid upright bass.  It’s an enveloping track with a gorgeous melody.  “Did You Ever Love Me?” takes a different sort of approach.  Again borrowing from Irish mythology, it was inspired by the story of Boann who is impregnated by the Dagda.  But the song is less an exploration of folklore than it is a metaphor for the historical struggle of women.  “Hold your ground, girl, what else can you do?” Dunne exhorts at the beginning of the song.  What unfolds afterward is a powerful meditation about uncertainty and consequence.  The feminist themes, here but throughout the album as well, are handled with a deft, incisive touch that rewards close listening.

“Tides” is an outstanding album that showcases Dunne’s marvelous range.  The songs here are impressively wrought and the music composed to accompany them is sophisticated & well arranged, offering listeners a lot of different perspectives.  Don’t let the music’s accessibility fool you!  Each track has something interesting and thought provoking to say and each stands up to multiple listenings.  A very high quality release, one to check out for sure!  To learn more, visit www.niamhdunne.com.