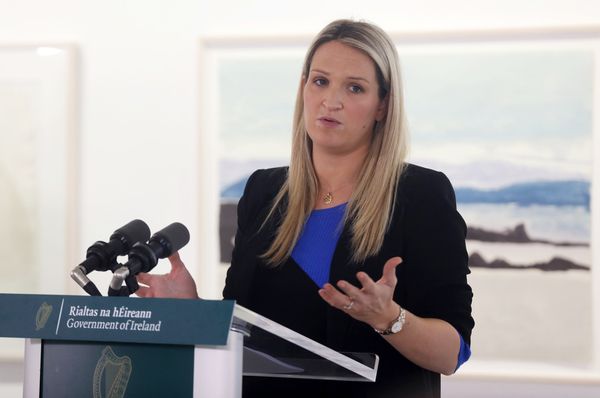 Three arrests have been made after two Gardaí were assaulted outside a pub in Dublin.

They were responding to an incident in Ballyfermot when the attack took place. The male garda remains in hospital after mobile phone footage showed him being punched and kicked in the head. A female officer was also attacked.

A woman and two men have been arrested and are being questioned.

“My thoughts are with the Garda members involved and their families,” she said. “These types of despicable incidents are unacceptable.

“Attacking a member of An Garda Síochána carries a maximum life sentence This appalling incident will not be treated lightly.

“I am already increasing sentences for assault and I will not hesitate to take further action to protect our Gardaí and front-line workers.”

A spokesperson for the Garda said: “Two members of An Garda Síochána responded to a call concerning a public order incident at a licensed premises on Ballyfermot Road at approximately 12.45 a.m. on 21st November 2022.

“On arrival at the scene the two members of An Garda Síochána (a male and a female) engaged with a number of individuals on the street In the course of dealing with the incident, both members were assaulted by a number of persons that were present and called for assistance from nearby colleagues who arrived within a very short period of time.

“Two male suspects, one aged in his 50s and one in his 30s were arrested at the scene for assault contrary to the Non-Fatal Offences Against the Person Act 1997 and are currently detained at Ballyfermot garda station in accordance with the provisions of Section 4 Criminal Justice Act 1984.

“A female suspect aged in her 50s was also arrested at the scene for offences contrary to the Criminal Justice (Public Order) Act 1994.”