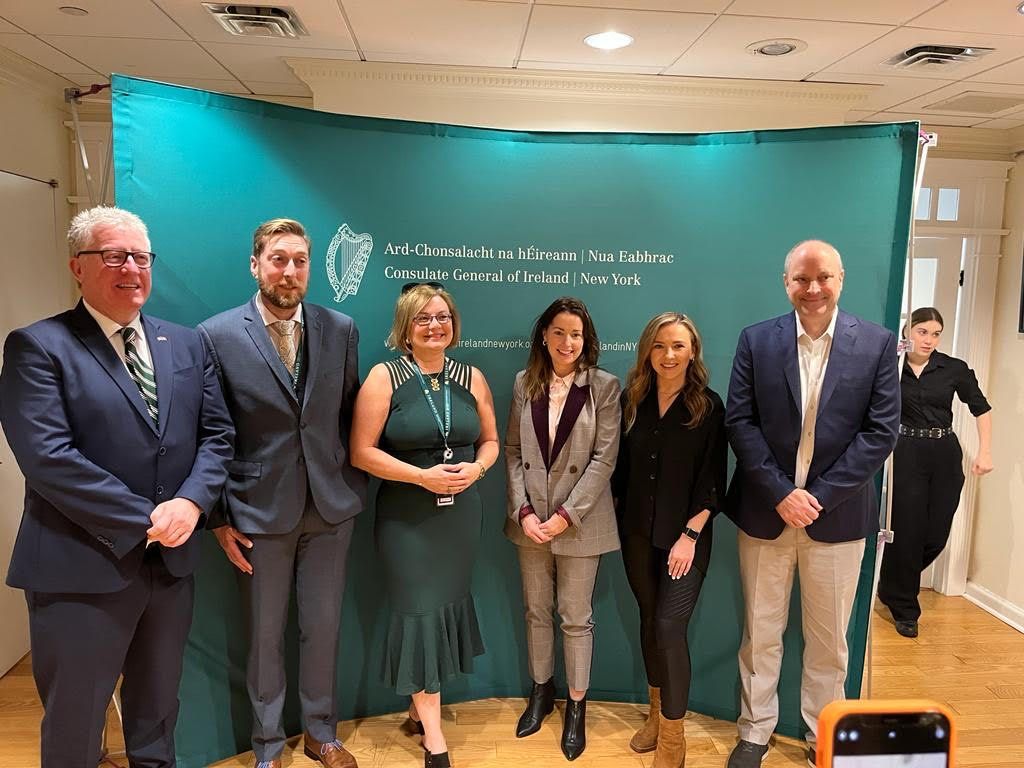 “DCU is the number one university in Ireland for graduate earnings, so don’t mess it up!”

The breakfast meeting in the Irish Consulate on Park Avenue was the first gathering of graduates from Dublin City University since before Covid struck.

The alumni association plans to make up for lost time with another meeting already being planned for March. Ross Munnelly, director of DCU alumni relations said: “We will be in town to celebrate St. Patrick's Day with our grads."

”There are approximately 600 DCU grads in the New York area,” Munnelly said.

Daire Browne, a managing director with Bank of America Securities, is one of them, and he shared the stage with some other graduates who help make DCU proud.

Browne now heads equity research in the Americas for the bank, but started out as an undergrad who felt lost in large classes.

He later switched to DCU for a Masters, specifically an MSc in investment and treasury management.

“At DCU, the small classes of 15 to 20 people were great,” Browne said. “I couldn’t hide, and I needed to be, as Professor Keogh said, ‘rounded and grounded.'"

In addition to attempting to create well-rounded students, DCU aims to be equitable, Professor Keogh noted.

Adding a one-year course at DCU allowed her to get a degree, a BA in media production management.

“In this country the education we got at DCU would have cost us hundreds of thousands of dollars,” she said. Whereas, she added, “I’m guessing many of us are debt free.”

Jason Sherlock, former county footballer, now executive director of DCU’s MBA program, said the spirit is the same as when he played for Dublin.

“We used to say, ‘it’s about leaving the jersey back in a better place.'"

Other speakers from floor were Bizzy Coy, MSc Creative Writing, and Gnim Bazim, who spent two months in DCU as part of an exchange program while studying for a BA in Communication and Media Studies at Muhlenberg College in Allentown, Pennsylvania.

About 80 DCU alumni attended the Consulate event at which Vice Consul General Dermot Fitzpatrick did double duty, being both host and DCU alumnus.