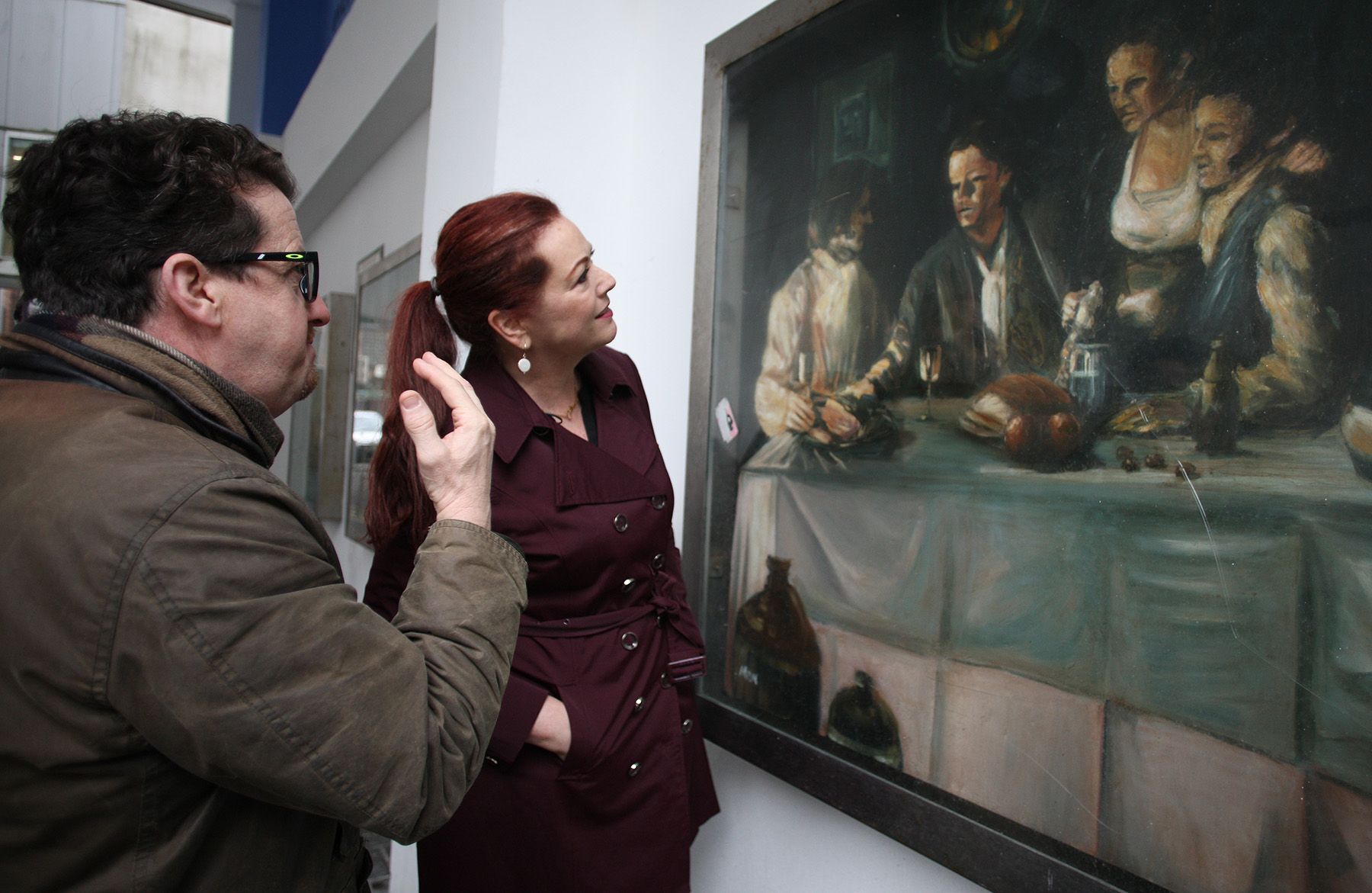 Catherine walks in the footsteps of her ancestor Wolfe Tone

AN Irish-American who discovered she is a direct descendant of legendary Irish revolutionary Wolfe Tone visited Belfast this week to learn more about her roots.

Catherine Mulawka was in the city with in-law Collette Feery to find out more about Wolfe Tone, with expert guidance from local businessman and historian Seán Napier.

After an ancestry journey which began ten years ago, Catherine – who lives in Columbus, Ohio but is a native of Buffalo, New York – said it was "surreal" to discover she was related to Wolfe Tone.

"It is very surreal, it has come to be an honour to find out who I am descended from," she said.

"This ancestry hunt of mine started ten years ago. My sister is married to an Irishman from Athlone so I came back and forth multiple times to find some links. I finally found the link to Wolfe Tone and it was unreal.

"During the tour, we walked the steps that my ancestors walked. It is important to not only remember but to honour our history.

"If it wasn’t for my great great grandfather who, aged 15 years, came alone on a boat to Canada, we wouldn’t be here today."

Seán added: "Cathy heard about the tours that I do here and got in touch to say she wanted to come over and explore the history further. The Tones all went to America in the 1700s and that is why we can very rarely find anyone related in Ireland. It has been a pleasure showing Cathy around Belfast today. We talked about Tone’s influence in Belfast and history across Ireland and visited some places in Belfast city centre which were related to his time here.

Walking for Irish Unity and we enjoyed a 1798 Walking Tour around Belfast City Centre with tour guide Sean Napier. Would highly recommend. The hugely important and radical history of our city lays hidden in the streets and alleyways of the centre of Belfast.#time4unity #1798 pic.twitter.com/5YespGFfOY

"It is very important to realise that he did change history and it all started in Belfast. In Catherine's terms, he was the George Washington of Ireland."

Wolfe Tone was one of the founding members in Belfast and Dublin of the United Irishmen, a republican society determined to end British rule and achieve accountable government in Ireland.

Throughout his political career, Tone was involved in a number of military engagements against the British.

He was active in drawing Irish Catholics and Protestants together in the United Irishmen cause, and in soliciting French assistance for a general insurrection.

In November 1798, on his second attempt to land in Ireland with French troops and supplies, he was captured by British naval forces. The United Irish risings of the summer had already been crushed. Tone died in advance of his scheduled execution, probably, as modern scholars generally believe, by his own hand.

Later generations were to regard Tone as the father of Irish republicanism. His grave in Bodenstown, County Kildare, is the site of annual commemorations.