Home Shock as Shinrone blow favorites away in Offaly 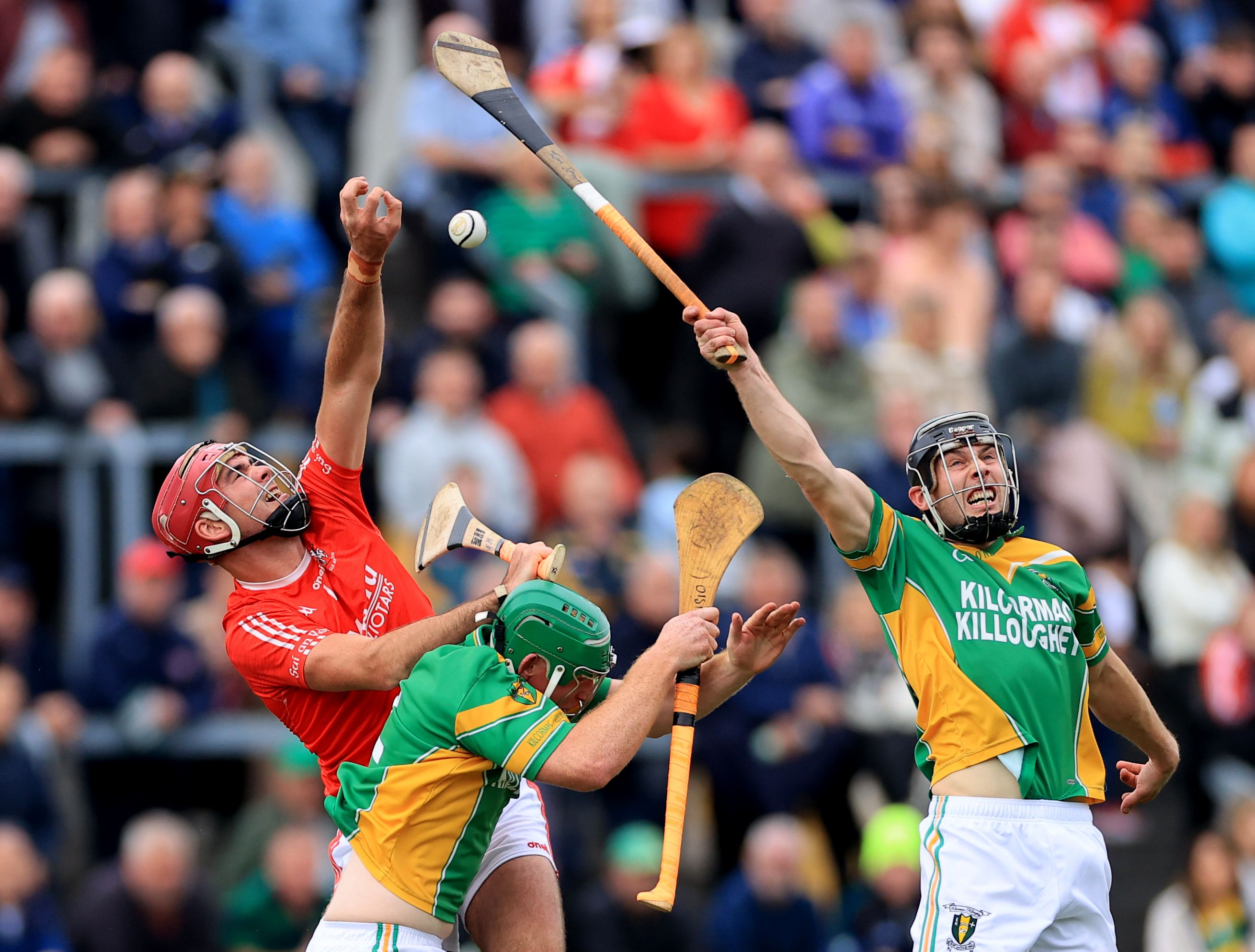 Shock as Shinrone blow favorites away in Offaly

They were given as much chance as a snowball in hell of surviving the expected onslaught from serial winners KK, but in winning their first ever crown, the men from Shinrone showed poise, character and a fierce commitment that blew their opponents away in O’Connor Park on Sunday afternoon.

The unbridled outpouring of relief and joy at the final whistle showed what this win meant to the tiny south Offaly community, who only previous final appearance in 1960 ended in despair at the hands of Drumcullen.

Even Shinrone people will tell you they shouldn’t have beaten Belmont in the semi-final but the fuse lit in the last 10 minutes of that game which carried them over the line, led to a bigger explosion against their final opponents. With St Rynaghs also among their victims, they can count themselves deserving  champion following this tough campaign.

They needed all their fighting qualities, especially in the first 20 minutes of the game when KK hit them with every sort of heavy artillery in their arsenal. For once though, the losers’ radar was on the blink as they shot a succession of wides and ultimately when they look back on a reason for their defeat, the finger will point at those series of missed chances.

Yes they were three points to the good on the quarter hour but really they should have been over the hill with four times that amount on the scoreboard.

The winners showed they weren’t the sort to look a gift horse in the mouth and when their chance came they took them to transform the outlook of the game by the short whistle.

One of four brothers on the team and nephews of the famed Dooley clan of Offaly lore, man of the match Ciaran was a target man who shot four points as the village lads edged into a 0-10 to 0-8 interval advantage.

Scenting a day of glory in their nostril, the reds kicked on after the break and shot over half a dozen without reply to extend their lead to seven points. By then they knew it would be their day and with the Sampson brothers,  Killian and Jason, with four points, and also related to the Clearys, powering to the fore, there was no way back despite Cillian Kiely’s injury time green flag for the opposition.