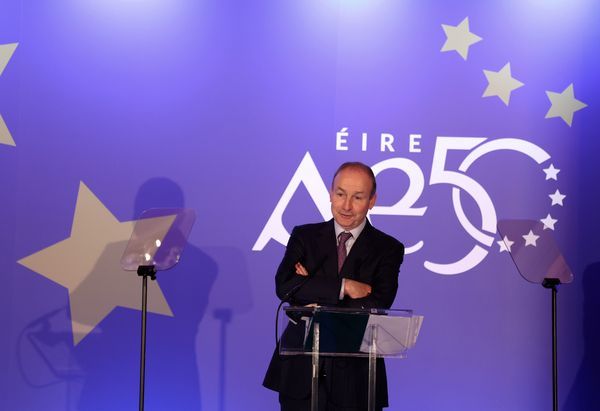 With confirmation of another Northern Ireland election resulting from the impasse at Stormont, Taoiseach Micheál Martin has said that the lack of a devolved government in Northern Ireland expands what could potentially come under “shared authority” between London and Dublin - this as an alternative to direct rule from Westminster.

The British government, however, has been quick to rule out such an option stating that joint or shared authority was not under consideration. The DUP has also come out in opposition to the idea.

Mr. Martin, according to an Irish Times report, called for the DUP to return to Stormont and facilitate the nomination of a speaker and the convening of an executive.

However, according to the report, Mr. Martin indicated an expansive view of what could be meant by “shared authority," which the taoiseach and Tánaiste Leo Varadkar said would be necessary in the case of a long hiatus at Stormont.

The provisions of the Good Friday Agreement allow for British and Irish governments to engage in discussions and consultation about non-devolved matters, he said.

“Now, when you don’t have devolution that broadens what non-devolved matters means and can encompass. There will be meaningful engagement between the British and Irish governments in the context of the Good Friday Agreement, we don’t want to overstate that but that’s the context that exists."

Mr. Martin said people in Northern Ireland were “increasingly intolerant of abstentionism” and of “the failure to fulfill the democratic mandate” that followed the Stormont elections earlier this year.

“It’s not acceptable that the peoples’ decision is not put into action by convening the assembly,”.

Northern Ireland is today facing a pre-Christmas election, likely December 15, after a last-ditch attempt to re-form the Assembly and Executive failed.

The deadline to re-establish the North’s political institutions expired at midnight Thursday so now there will be an election. A date has yet to be confirmed by Northern Ireland Secretary of State Chris Heaton- Harris.