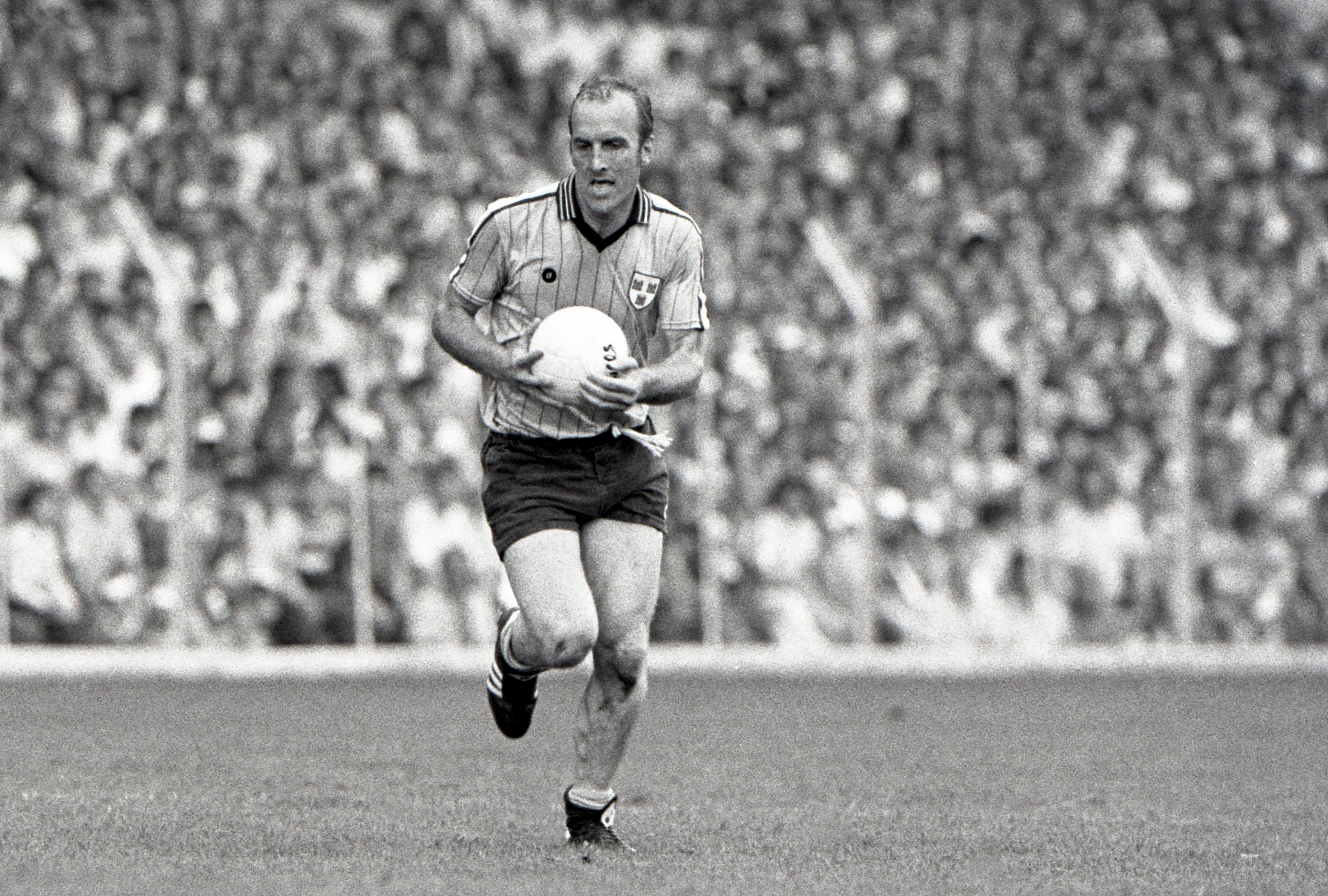 Dublin’s Brian Mullins in action against Cork in the 1983 All Ireland semifinal at Croke Park. Inpho/Billy Stickland

Brian Mullins was more than the caricature of strong, bustling yet skilful man with a short fuse that many of the obituaries have portrayed him as since his sudden passing last week.

While Mullins, who died days after his 68th birthday, will be remembered as a colossus of a midfield player and one of the best ever in that department, the older Brian Mullins, once you knew him, was a vulnerable and highly sensitive man with a good heart to help a colleague who might need a lift in life.

I got to know Brian very well in the 1980s when he worked as a GAA columnist with the Evening Herald and I was the one chosen to handle his copy. For a man with a big reputation, he was very willing to take on board suggestion both for topics of discussion and how they might be written. He was at heart a team player, even if it was his nature to want to lead any team with whom he was involved.

The fact that he could do that at 19 when Dublin emerged from the shadows of over a decade in the wings, speaks volumes for the trust that Kevin Heffernan put in his St.Vincent’s colleague.

Dublin’s Brian Mullins in action against Cork in the 1983 All Ireland semifinal at Croke Park. Inpho/Billy Stickland

During that march from oblivion to glory, the then Thomond College student patrolled midfield as if he was a veteran who had been through it all before. The 1974 victory saw man stars being born on that Heffo team, with Jimmy Keaveney coming out of retirement.  Yet while the full-forward was the scoring edge, it was Mullins who drove the team forward and it was the big blonde midfielder who put the fear of God into opposing teams.

Single-handedly, he led the 14-man Dublin team (Keaveney had been sent off for flooring Ollie Minnock) to victory against Offaly in the 1979 Leinster Final when truth it, the Dubs had no right to win the match.

He raged against the light that day and his refusal to give up a lost cause saw him generate forward movement which released his midfield colleague Bernard Brogan to score the winning goal in the last minute of the game.

That performance set back Eugene McGee’s plans for Offaly by 12 months and the late manager would often lament the fact that they had no leader like Mullins in the Faithful ranks that day.

Those were heady old days for the Dubs  which began with the ’74 All-Ireland final win over Galway as  Mullins collected further Celtic Crosses in 1976 and 1977 – the epicentre of the Dublin-Kerry rivalry which in many ways changed the course of Gaelic football.

They say that every great sportsman has to deal with adversity, and that was the case for Brian when he was involved in a serious car accident in 1980.

Most people believed it was a career-ending leg break but true to form, the giant northsider recovered, albeit slowly,  to again become a leader in a much younger version of the Dubs which emerged in the ’80s. He won his fourth  All-Ireland against Galway in ‘83  in a game where they Dubs finished with a defiant dozen after Mullins, Ray Hazeley and Kieran Duff were given their marching orders along with Tomas Tierney from Galway in a tempestuous final.

Although he would play in two further finals – losses in ’84 and ’85 to Kerry – that was his last successful outing in pursuit of Sam Maguire as he retired that year with nine Leinster titles and two league victories to accompany four Celtic Crosses. He was also twice named an All-Star.

On the club front he had ultimate wins too particularly with the annexation of the All Ireland club against Roscommon Gaels in 1976.

He then moved into the management side of the game and spent the 1986 season as caretaker manager of the Dublin senior football team, when they lost out in Leinster to Meath who would go on to win Sam Maguire in September of that year.

Soon Mullins’s profession as a teacher would take him to Donegal, where he took up a post as principal of Carndonagh Community School. Inevitably, he surfaced on the GAA front with Derry and was at the helm when they won the league in 1996 and was still guiding them two years later when they annexed their last provincial crown up to this year’s victory.

As the millennium dawned, Mullins was back on Liffeyside where he was appointed as Director of Sport in UCD, with a job to oversee scholarship schemes that the college offered. He loved to travel by bicycle from Clontarf to the southside and was as fit in his 60s as he was as a player.

While back home, he was soon back at the thick of the action in Marino and managed them to a Dublin club title five years ago.

I met him at a book launch a few years ago and noticed a newer, more considered and thoughtful man who had in many ways jettisoned the old brash reputation for a kindly and sensitive approach to his encounters with people. He was a champion of the underdog always and fought the case for many students to get educational opportunities that they would have missed without his support and intervention.

News of his illness spread earlier in the summer and caused a lot of sadness, as did the announcement of his death.