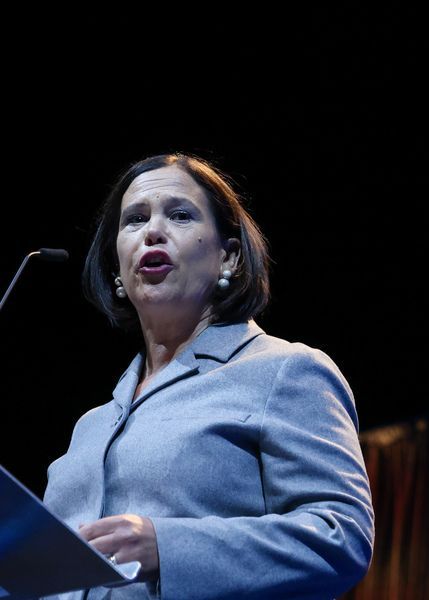 No Going Back Says SF's McDonald

There can be no return to direct rule from London if devolution collapses this week, Sinn Féin president Mary Lou McDonald has said.

Fresh elections are set to be called by the end of this week if the DUP continue their boycott of Stormont over the Northern Ireland Protocol.

Northern Ireland Secretary of State Chris Heaton-Harris says the British government will call a pre-Christmas election if the DUP continue with their stance – six months after the people of Northern Ireland went to the polls to elect a new Assembly.

With political chaos in London, British government discussions with the European Union over customs checks at NI ports has slipped down the agenda at Westminster, leaving the DUP with a decision to make come Friday.

Speaking in Downpatrick, County Down, McDonald said the DUP’s decision not to nominate ministers to the Executive was “indefensible."

“The DUP surely realise that people here need government, they need decisions, people that are trying to keep their businesses going, people and families that are trying to make ends meet, people on hospital waiting lists, need those who were elected to be working on their behalf, and for the life of me I cannot understand how it is or why it is that the DUP persists in denying people the government that they need,” she said.

“The clock is now ticking, we are facing the deadline, it’s now decision time. It’s now time for the DUP to act in the collective interest of everyone who lives here, irrespective of their political views, and get the Executive up and running.

“There should be no doubt on that score.”

DUP leader Jeffrey Donaldson insists there can only be a fully functioning devolved government when the protocol is replaced by arrangements that would garner unionist support.

“No unionist MLAs or MPs support the protocol,” he said.

“That, as I warned 18 months ago, is not compatible with a functioning Executive.”