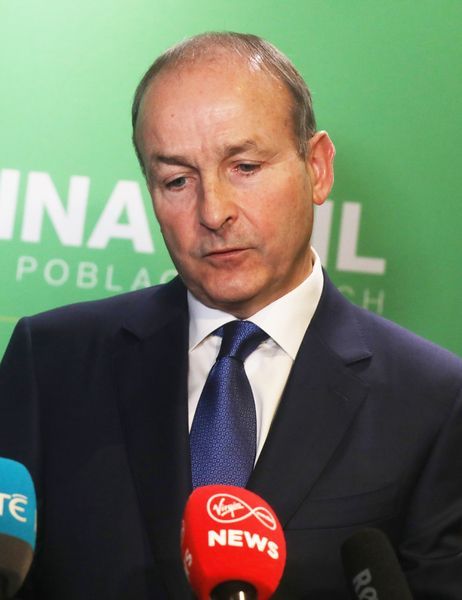 Taoiseach Micheál Martin has wished Britain “well in the challenging times ahead."

Mr. Martin was speaking in County Cavan during his address to the British-Irish Parliamentary Assembly plenary on Monday.

With Britain coming to terms with its third Prime Minister (Rishi Sunak) in as many months, the Taoiseach said the current period has “undeniably been a difficult period in British Irish relations."

“I speak at a time of political change and some uncertainty in the United Kingdom as we look at the prospect of a third British Prime Minister this year. I wish them well in the challenging times ahead.”

Martin added: “While recognizing that Brexit has fundamentally changed the relationship, I am clear that the UK remains an important partner for us given our trade and intertwined economies, our ties of family, history and culture, and our shared commitment to democratic values and norms.

“It is in this context that your gathering here today, and the work of the British Irish Parliamentary Assembly, is so important.”

Mr. Martin said that a stable and prosperous Britain “is in all our interests."

“To the incoming British Prime Minister, I want to stress the importance of the two governments working in partnership to support the gains of the Good Friday Agreement.

“Our joint responsibilities of stewardship of the agreement are more critical than ever now in the absence of a properly functioning Northern Ireland Executive and Assembly.”

The Taoiseach said there was now a real opportunity to find an agreed solution around the workings of the protocol. He urged the new British Prime Minister to move quickly and engage with the EU.

“Our focus must be on finding solutions that address the real problems that affect people and businesses in Northern Ireland.”

Mr. Martin also acknowledged that the decision by the DUP not to participate in the Northern Ireland Executive “runs counter to democracy and risks undermining the faith of people in the potential of politics."