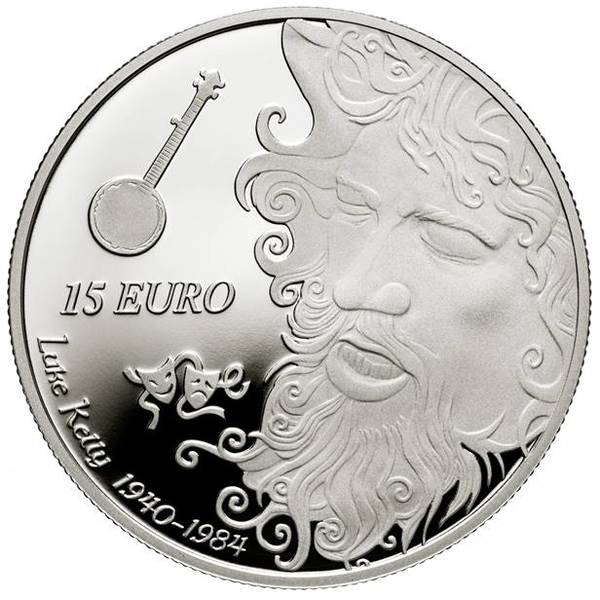 Pic of Day: Dublin has a bridge named after him and now Luke Kelly's name is on a coin. The Central Bank of Ireland has launched a silver commemorative coin for the late member of the Dubliners. The 15 euro coin was officially launched at Luke Kelly’s former school, St. Laurence O’Toole National School in Dublin 1. Photo Irish Central Bank via RollingNews.ie.