Home Leinster wisdom too much for gallant young Munster 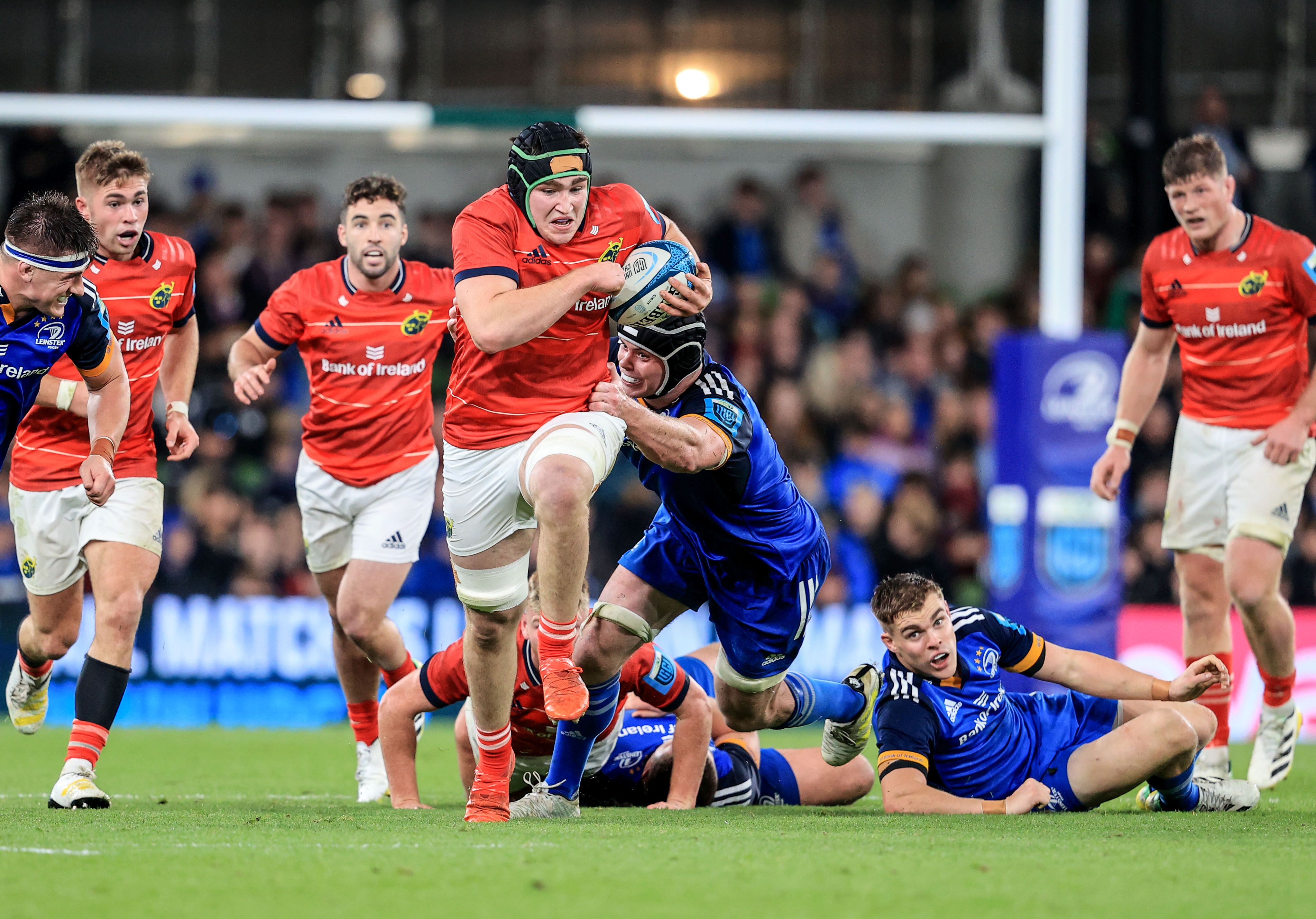 Leinster wisdom too much for gallant young Munster

Have no doubt Leinster deserved to win and were the better side, but hats off to an almost Munster academy group for putting up such a fight in front of 44,000 at the Aviva Stadium in Dublin on Saturday night.

They played their hearts out on the turn over 7-6 behind at half time to shock their hosts in the United Rugby Championship game with a breakaway try and then when Leinster hit back in like fashion, there was still  just a point between these greatest of rivals.

And there were still only four points in arrears at the hour mark before Leinster’s guile and experience burnt them for two late tries which gave the final scoreboard a totally unfair look.

For many season now, we have waited to see the real Munster passion and spirit from the old days emerged again. It looked like it had arrived after 45 minutes when Liam Coombes took a pass from his cousin Gavin to storm over in the corner and with Joe Carbery adding the points, the game had turned on its head with the Reds leading 13-7 and looking up for the contest.

Good teams always speak about consolidating such a crucial score but Munster showed their inexperience by allowing Leinster back in almost immediately to get a try through Dan Sheehan. Johnny Sexton then added a penalty to lead four between the sides and it was very much a case of next score wins.

Deep down you knew only one team would find it, and so it proved when man of the match Luke McGrath bulldozed over from 10 yards to push the score out to nine points at 22-13.

Munster’s young blood refused to spill and kept hammering at their opponent’s rearguard seeking that touch down which would give them a chance to stage a last gasp attack for victory.

Leinster’s scrum came to their rescue as they won two vital penalties when Munster were in good field positions. Then typical of a Leo Cullen team, they had a sting in the tail when with three minutes left on the clock replacement Rob Russell was on the end of some delightful rugby  play by Garry Ringrose and Caelan Doris to scamper over in the corner.