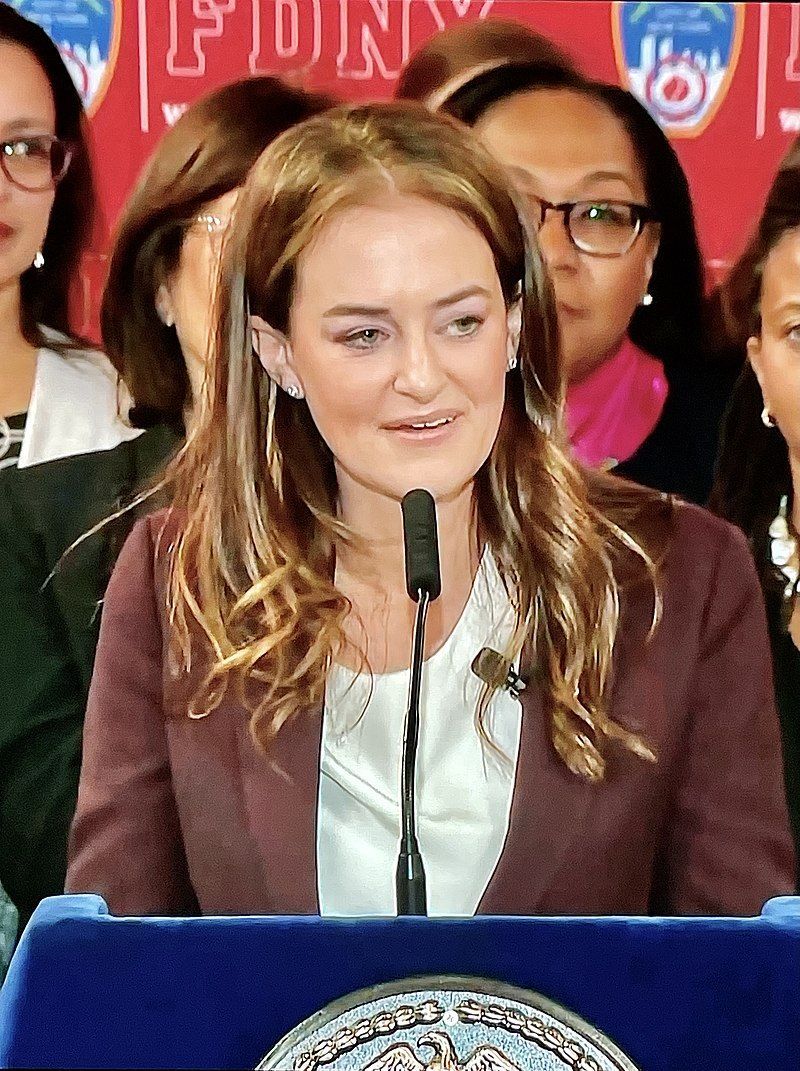 Laura Kavanagh made history Friday when she was sworn in as New York City's Fire Commissioner.

Kavanagh is the 34th commissioner in the FDNY's history, and the first woman to hold the job.

Kavanagh had been acting commissioner in recent months since the retirement of Commissioner Daniel Nigro.

Back in March, she led the FDNY up Fifth Avenue in the New York St. Patrick's Day Parade.

As it happens, her elevation to the top FDNY post  - she was appointed by Mayor Eric Adams - took place on what is National First Responders day.

And Commissioner Kavanagh will be attending the Irish Echo First Responders Awards event tonight in Rosie O'Grady's in Manhattan.

Prior to her leading the FDNY on St. Patrick's Day, Kavanagh spoke to the Echo about what it meant to be doing just that in a city that had long been a draw for the San Francisco native.

"I always wanted to be in New York," she said

Kavanagh's mother hailed from Michigan, her father from Chicago, the Irish South Side. So she brings both the West Coast and Midwest to an East Coast job that is never less than fully demanding at every hour of every day.

Kavanagh has a nearby role model in another woman who is in a job once seemingly reserved for men.

That would be Keechant Sewell, Commissioner of the NYPD.

"Keechant is an inspiration to me," said Kavanagh.

"With what she is doing, and what I am doing, well it's a reminder that you just never know."