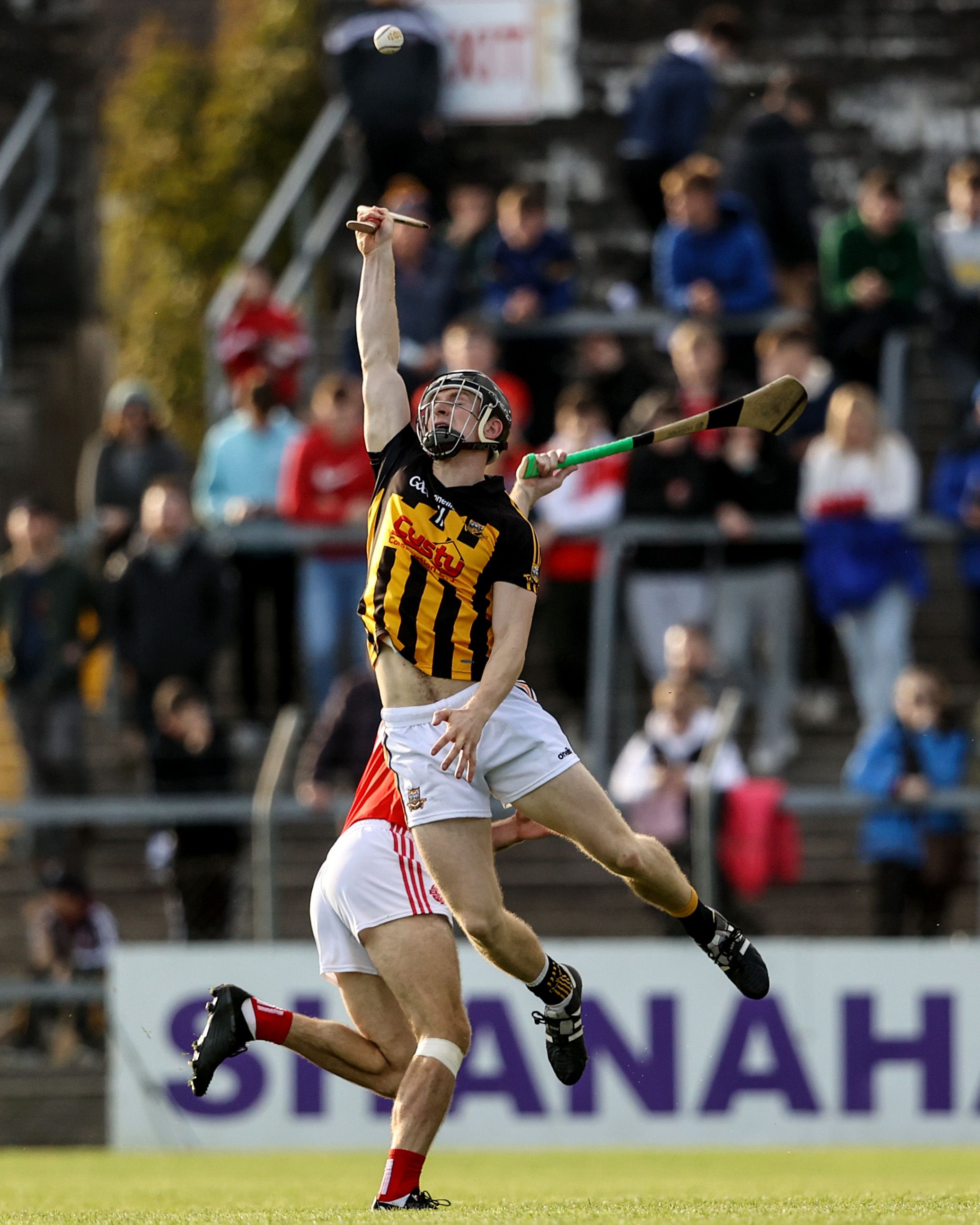 Kilmacud have become the Dublin kingpins in both codes by successfully retaining the senior football and senior hurling titles on successive weekends – against the same heartbroken North City club from  Na Fianna.

Just as their footballers looked like relieving the Southsiders of their crown last week only eventually flattering to deceive, so it was back at Parnell Park on Sunday when they went four points up in the second half, only to end up losing by three.

This was due to one incredible save by Crokes keeper Eddie Gibbons while the losers suffered a severe bout of squandermania on the home strait when accuracy would have seen them home.

Instead it was man of the match Oisin O'Rorke,  the previously subdued Ronan Hayes and  lively Cian Ó Cathasaigh who showed nerves of steel to slot over the vital scores that saw the 14-man winners get over the line.

They struck late points at Parnell Park this afternoon as 14-man Kilmacud Crokes completed a 'double’ double with victory over Na Fianna in the Dublin SHC final.

And so Na Fianna have now lost three of the last finals they have appeared in – and all to the one side that beat them on Sunday.

It was a typical heavyweight slugfest with first the winners gaining control and then Na Fianna, for whom county man Donal Burke was on fire, stepping up with intent.

O’Rorke, who ended up with 0-9 (0-2 from play) to his credit kept the scoreboard ticking over for the Glenalbyn side and his last free before the break gave Crokes a slender 0-10 to 0-9  lead to face into the second half.

It was Burke and co. who hit a purple patch on the resumption as the centre-forward landed four great scores which helped to put his side  four to the good.

Just when you think Crokes have run out of fuel, they inject new impetus into their game and great points from midfielder Brian Hayes, Caolan Conway and Cian Mac Gabhann had them back in the frame before O’Rorke  with a brace and Dara Purcell saw them stick their noses in front once more.

Na Fianna weren’t there to make up numbers and when Burke’s 11th point of the day, we waited for a grandstand finish but unbelievably, that was their final score. Even when Alex Considine saw red in the final minutes, it was O’Rorke, Hayes and Ó Cathasaigh with scores that saw them home more comfortably that would have been envisaged with five minutes to go.

Last year it was a surprise, but this time around Glen shocked no one as they ran out eight-point winners to  retain their Derry SFC club title at Celtic Park on Sunday.

This game proved a huge disappointment as Slaughtneil’s expected thirst for revenge never materialised as the winners took control from the first whistle until last.

It is seldom that a corner back gets the decisive score but this time, it was defender

Cathal Mulholland who got up field to score the only goal of the game eight minutes from the end which put the game to bed – though truth be told, there was ever only going to be one winner.

Glen had heroes all over the pitch and their determination to succeed was evident within the first 20 minutes by which time there were six different players on the scoreboard while the loser’s had to wait until 10 minutes before half-time Shane McGuigan sent over a free for their first score.

Conor Glass was the key man for the winners in the way he controlled affairs around the middle of the park while also getting his team off on a positive footing by landing the first point. Soon Michael Warnock, Alex Doherty and Jack Doherty all followed suits by raising white flags and when Ethan Doherty followed suit, the feeling descended that this would be as one-sided as last year’s denouement.

That sense was further underlined when Emmet Bradley (free) and Michael Warnock pushed the margin to seven though the best the challengers could muster were points from Jerome McGuigan, Christopher Bradley and Shane McGuigan which had the score-line looking 0-10 to 0-5.

Keelan Feeney reduced arrears to four but then Mulholland, got a goal to go with his point and kill off the game as a contest.

Crossmaglen landed their 46th senior Armagh title to set up an Ulster club championship clash with Ballybay after an impressive win over Granemore.

It was once again a McConville, this time Cian with 0-8 who emerged as his side’s top player but honourable mention must also go to veteran Aaron Kernan and Caolan Finnegan, who snatched the only goal of the game to help his side to a 12-point victory.

It looked so much like Eire Óg would bridge a 22-year gap when they came from four points down to lead by three as the clock moved inexorably towards the hour mark – but nobody read the new script to battle-hardened Ballyea as they came with a late run to snatch victory from their Ennis opponents in the final second of the game at Cusack park on Sunday.

To steal a fourth title since 2016, Ballyea called on all their experience and showed true grit to hit the final four unanswered points of the game.

And it fell to substitutes Martin O’Leary and Cathal O’Connor to get that late blitz up and running before the inimitable Tony Kelly and Niall Deasy shot the scores that saw their side prevail in a pulsating finish.

If Ballyea thoughts goals by Aaron Griffin and Niall Deasy  early in either half would knock the stuffing out of their opponents they were very much mistaking as the Ennis town club were up for a fight and seemed to have done the heavy lifting when they came from behind to take that three-point advantage.

David Reidy goal had settled them and thereafter in the second half they looked the part of champions particularly when a Gavin Cooney point got their noses in front as the hurling became intense in the second-half.