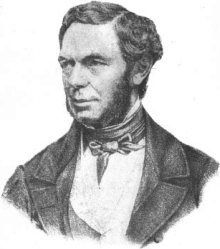 The 2022 Annual Irish Republican Commemoration will be held at the Fenian Monument in Calvary Cemetery, 49-02 Laurel Hill Boulevard, Woodside, Queens on Sunday, November 13, at 10 a.m.

"All Irish Republicans and supporters are welcome to attend. The theme of this year’s event is 'The Fenians in America: The Founding of the Fenian Brotherhood,'' said a release from organizers.

According to the release, this year highlights will include the founding of the Fenian Brotherhood in 1858 by Irish immigrants, co-founders Colonel John O’Mahony and Colonel Michael Doheny.

The Fenian Monument is in 2nd Calvary, Section 16, Range 24, Plot A, Grave 1 and can be accessed from the Laurel Hill Boulevard entrance near the cemetery office.

The commemoration is organized by the National Irish Freedom Committee (NIFC).

Added the release: "The NIFC supports the centuries long struggle for true freedom and independence in a reunited 32-county sovereign and Gaelic Irish Republic. This annual commemoration is held to remember and honor our departed Fenian heroes and heroines whose sacrifices over the centuries for Irish Freedom continue to be an inspiration to all of us as well as a reminder that what they strived to achieve is still unfinished.

"The Fenian Monument, which was erected in 1907 on the fortieth anniversary of the execution of the Manchester Martyrs, is a sacred place surrounded by history and the remains of many of our Fenian ancestors.

"In the words of NIFC co-founder Michael Flannery, 'the Fenian Monument in Calvary is the proper place to hold Irish Republican commemorations.'"

After the ceremony, an informal gathering will be held at a local restaurant, Connolly's Corner, 71-15 Grand Avenue, Maspeth.