Home 'Coming of Spring' is a lovely, well-rounded collection 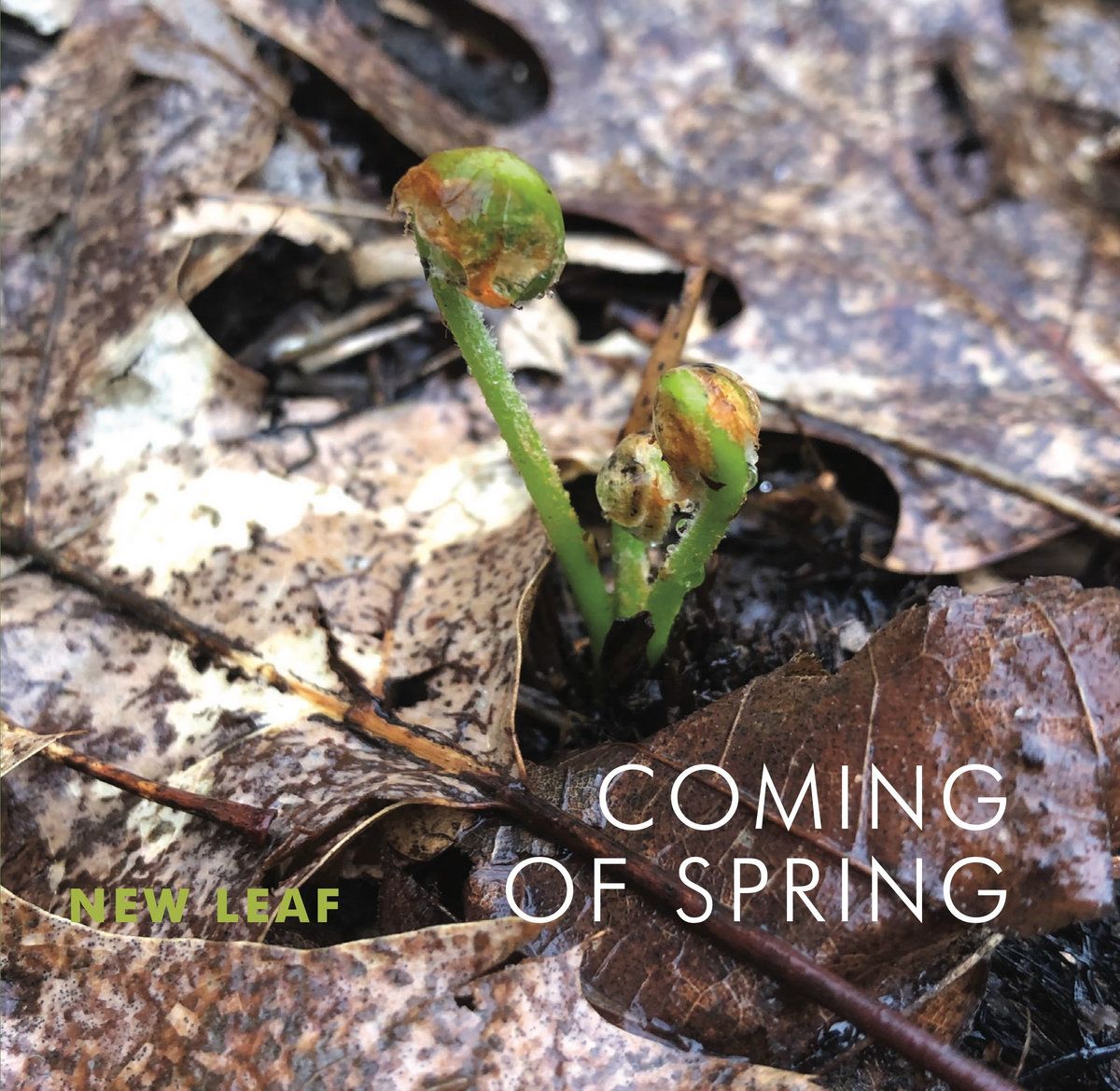 'Coming of Spring' is a lovely, well-rounded collection

Folks, this week I’m checking out “Coming of Spring,” the new album from the band New Leaf.  Based in southern New England, New Leaf comprises Kira Jewett (fiddle, vocals), James Bunting (guitar, bouzouki, tenor banjo, vocals), and John Tabb (button accordion, vocals) and “Coming of Spring” is the band’s second album.  It’s a lovely collection that favors a pure drop approach and one that many readers of this column will want to check out.

“Coming of Spring” was a product of the early 2021 covid wave, when the band made an effort to make something happen for themselves during a very slow period.  Jewett, from Poughkeepsie NY, was a driving factor behind the band’s formation and made sure the album got done.  She has an interesting story: she grew up playing classical music but after a chance meeting with fiddle player Mark O’Connor in the 90s, she enrolled in a fiddle camp and found herself in a class learning from Martin Hayes.  It was a decisive moment for her and the one that opened her path to Irish music.  She developed her approach playing at sessions, eventually becoming a student of Brian Conway who put her on the road to the All-Ireland where she won the Fiddle Slow Airs competition in 2003.  It’s been an upward trajectory since then.

When New Leaf formed, the group’s original vocalist and guitar player was Adam Braunschweig.  When Braunschweig was unable to make a gig, Bunting, a fine traditional player on the session scene in that area, was asked to fill in, and he did it so admirably that when Braunschweig left the band, Bunting was invited to become a regular member.  His addition suits the group nicely.

Tabb, the band’s elder statesman, has a bit more history as the Tabb family is something of an Irish music institution in southern New England.  Tabb’s father Chris (from Cobh, Co. Cork) was an important accordion player and very well known around New England and into the Irish Catskills from the 1940s until his death in 1970.  In addition to regular gigs in Massachusetts and environs, Tabb senior had a longtime regular gig in Leeds, N.Y., that was a social destination for some of the greats in Irish music, including Andy McGann, the Joes Burke and Cooley, and many others.  In was this tradition-rich environment in which John, Chris’s son, found himself as a teenager.  John, who by this time had already taken up the button accordion, dug into the music and was a precocious young player, appearing on his father’s band’s 1968 LP.  Over the years, he has played with numerous groups, most notably the folk-rock group the Dustmen, but it’s traditional music that keeps his attention these days.  In addition to his work with New Leaf, he hosts a popular weekly session at the Irish Cultural Center of Western New England in Springfield, Massachusetts.  (In fact, New Leaf will be performing at the ICC in Springfield this Friday, visit www.irishcenterwne.org for more info.)

“Coming of Spring” primarily consists of instrumental tracks, with a few vocals included for good measure.  The playing here is laid back and the arrangements take a graceful, low-key approach.  The tune selection is fabulous throughout, with compositions by Paddy O’Brien, Finbar & John Dwyer, Seán Ryan, Brendan McGlinchey, Billy McComiskey, Liz Carroll, and others leading the way.  It’s a well-rounded album.

There are a few tracks to focus on. First, Jewett absolutely shines on “Lament For Father Michael Maloney,” the slow air she played at the 2003 All-Ireland.  This powerful, fiery playing, full of emotion, sets the stage for “Splendid Isolation / Clear As Mud,” a pair of brilliant reels that further showcases Jewett’s musical talents.  Then there’s Tabb, who really stands out on “Fair Haired Boy / Mick Quinn’s / Humours Of Ballingarry,” a terrific set of jigs.  Tabb’s playing is confident and sure handed and projects a lift that is easy to appreciate.

Of the tracks that put Tabb and Jewett on equal footing, I think my favorite is “Sean McGlynn’s Hornpipe.”  It’s a gorgeous tune that the great Eugene O’Donnell composed after McGlynn’s murder in 1983.  Tabb and Jewett bring their parts together particularly well here, giving us a great take on the tune.  (To learn more about McGlynn, see cce-ma.com/sean-mcglynn).  “Dympna’s Waltz / Green Fields Of Woodford / Hole In The Hedge” is also quite nice, with Jewett’s countermelodies complementing Tabb’s melodic work in the waltz, and then the two coming together solidly in the jigs.  It’s good stuff.

Then, there’s “Cherish the Ladies / Dusty Windowsills.”  This, too, is a stand out.  In it, the band (with Bunting on the banjo) is joined by Brendan Dolan (piano), Mike Melanophy (button accordion), and Sally Fortini (flute) who bring lift and a very ceili band-like feel to the music.  I really like this track.

The album’s vocal tracks provide good contrast to the instrumentals.  Bunting takes lead vocals on “Fifteen Miles from Mayo,” a more recently-composed song that appears on the album twice, in two different arrangements.  The first is done in a more traditional ballad style, with the second having a piano-forward rock-and-roll feel.  It’s an enjoyable choice of song and the difference in approaches is compelling.  Jewett’s take on “Castle of Dromore,” a lullaby she learned from the singing of Julee Glaub, is nicely done.  Jewett’s singing style suits the song well.

“Coming of Spring” is an appealing album from a trio of players who share a special bond.  Readers looking for some straightforward traditional music played without fuss will enjoy this one – give it a shot, and check them out when they come do a gig in your neck of the woods!  For more information, visit www.newleafirishband.com.