Home Brooklyn's Heather Hardy is back in the ring tomorrow 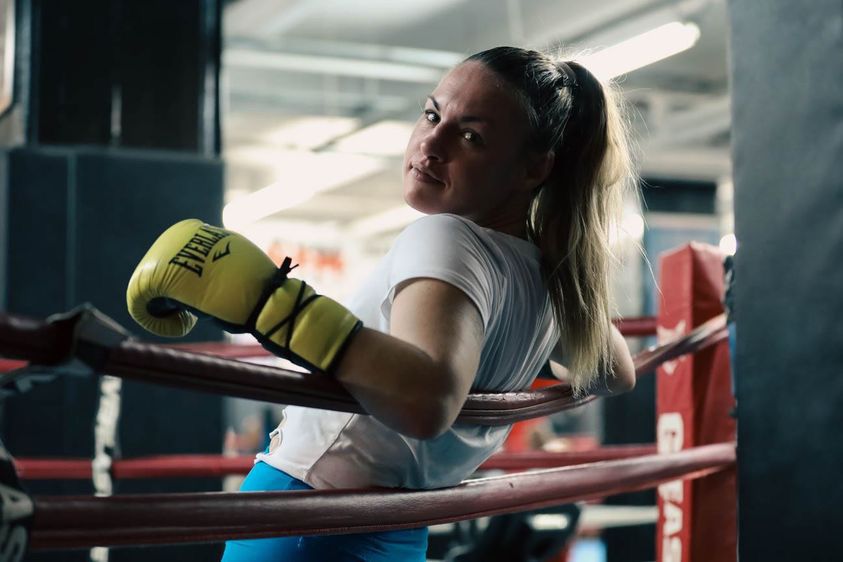 Brooklyn's Heather Hardy is back in the ring tomorrow

It might be the start of another exciting ring odyssey, or it may mark the end of a memorable 10-year pro career that culminated in the world featherweight title for Heather “The Heat” Hardy.

“The girl is a veteran. She’s durable. She’s got the rounds in. Put it like this. This is the test to see if I have one more chapter in me. If this girl gives me a hard fight, if I wind up with more stitches in my face – black and blue, if I can’t get [past] her, then I really got to sit down with my team and figure what am I going to do [next].

“You gotta be honest with yourself at some point. If I can’t beat this girl, what am I thinking about getting in the ring with these 30 year-olds who haven’t had 17 month lay-offs,” said Hardy, who’s 40 and  six years older than Silgado.

The action was slowing down even before the pandemic-enforced lockdown in 2020.

Hardy was making her first defense of the World Boxing Organization [WBO] featherweight title when she suffered her first professional loss – to Amanda Serrano at Madison Square Garden in September 2019. Serrano would go on to give Katie Taylor her toughest fight in their undisputed lightweight championship contest this April.

Hardy’s next fight would be in April 2021, in Nashville, Tennessee. She’d deck Jessica Camara in the first round but still drop a decision after eight stanzas.

“There was about a year and a half between my last to fights, and then about 17 months between the last one and I really had these like waves wondering if  I was going to retire,” she said. “So, about halfway through, I realized I needed to make one more run, so I worked really hard in the gym. I’ll take it one fight at a time. But I wasn’t ready to jump back in unless I knew I was going to dedicate myself to it.”

Hardy said it was hard watching upcoming girls finally make money in boxing. “I won my world title on HBO and I only made $20,000 for it, So, I look around [and to be] so close but so far from the money, I just felt, I’m 40 years old, let’s see if I can make one more really good run and finish my story.”

Besides, there’s her daughter, a freshman in college. “Another big factor on why I need to come back and make another  run – I’m paying college tuition by myself. It’s not easy,” Hardy noted.

She returns with celebrated trainer Hector Roca and Henry DeLeon in her corner.

Roca is hailed as an icon in boxing. Most recently named the number one Spanish-speaking trainer in the world by International Boxing Digest -- he has coached 13 world champions and trained Hilary Swank for her Oscar-winning role in “Million Dollar Baby,” according to his Simon & Schuster author page.

Tickets for Hardy-Silgado, priced from $85 for general admission, are available at Ticketmaster. General Admission tables and VIP tables are also available. Doors Open at 6 pm and the first bell is at 7:30 p.m.

The scheduled 10-rounder was to be the co-feature to the grudge match between Chris Eubank Jr. and Conor Benn. However, a random anti-doping test for Benn, conducted by the Voluntary Anti-Doping Association, returned an adverse analytical finding for trace amounts of a fertility drug.

“After discussions with various parties, we have taken the decision to formally postpone the bout between Chris Eubank Jr. and Conor Benn,” promoters Matchroom said in a statement.