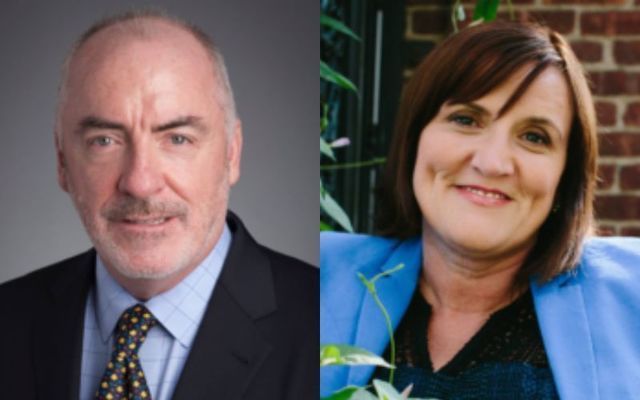 We are probably not all listed here in proper chronological order. I rarely get anyone’s birthday right. It’s hard to keep track. We are now reduced to eight. Our brother Liam and sister Frances died in the last few years. David and Jim died at birth or shortly afterwards in 1956 and Sean’s twin Brendan in 1958 again at birth or shortly afterwards.

Thirteen children is a lot. It means my Ma was pregnant for almost ten years of her life. She died aged 67. Little wonder given the trials and tribulations she endured. I don’t recall much talk when I was younger about the babies who died. But my sisters do.

They say my Ma always mentioned them. I did know that David was called after our Uncle Davy Adams. Jim after my Uncle Seamus Hannaway,  my mother’s younger brother. Brendan is named after Breandan O Rahilly, an old friend of my mother’s and long time resident and activist until his death in Gaoith Dobhar in the Donegal Gaeltacht.

Off and on in recent years some of us would mention trying to find out where our wee brothers were buried. We knew it was in Milltown Cemetery. In the "poor ground." Tom Hartley was very helpful, along with the folks in the office at Milltown, in tracing possible graves. But we could only get a record for David and Brendan’s burials. A record for Jim’s burial couldn’t be found.

That was a few years ago and it was difficult to figure out what to do next. Then the pandemic kicked in so not much progress was made during that time. After that our Paddy and Sean redoubled their efforts. They scoured records of all kinds and got information about Jim’s birth and death along with his brothers, but no trace of his burial.

We were advised that sometimes babies were buried in little cardboard boxes. The only explanation was that the twins were buried in the same box. That’s what we settled for. That and a little headstone in their memory. To prove they existed if only for a short time. And that they are not forgotten by their siblings. Tá grá mór againn daoibh go déo.

Our thanks to Paddy A, Tom Hartley, Gerry Doherty and Geraldine McKernan for their help and to cousin Patrick for the work on the headstone.

My good friends Ciarán and Orlaith Staunton in New York have been awarded the Presidential Distinguished Service Award for the Irish Abroad. The award will be presented by President Michael D Higgins.

The award scheme was established eleven years ago. It is a formal recognition of the service given to the Irish state or to Irish communities within the diaspora by individuals who live abroad. Nominees don’t have to be Irish citizens, or even entitled to Irish citizenship, or be from an Irish background. Their nomination and the award relates to the contribution they make to people’s lives in  the arts or sport, business or education, charitable work, community support, peace and reconciliation and science and IT.

I first met them in the 1990s. Before they married, Ciarán was the co-founder of the Irish Lobby for Immigration Reform in the USA and was very active in support of the undocumented Irish, lobbying the U.S. government to regularize their status. He was also a key activist in winning support within Irish America for the peace process.

When I first travelled to the USA on my 48 hour Clinton visa to New York in February 1994 Ciarán was there. Later, after the IRA cessation, he was intimately involved in the planning of the visits by Sinn Féin delegations to the U.S. Ciarán never stopped. He was constantly planning, organizing meetings, transport and hotels. He exhausted us.

I got to know him very well in that time and his soon to be wife Orlaith. When they married the wedding and reception were held in County Cavan and we were all there to celebrate it with them.

Rory was Ciarán and Oralith's first born. Ciarán brought him along to our hotel in New York for us to meet. He was a proud, doting, father and Orlaith was an attentive loving mother.

In the subsequent years I watched Rory grow and grow and grow. I met him in Ireland and the USA. At 12-years-old Rory was five foot nine with a bright mop of red hair. He was an enthusiastic, intelligent, politically astute young person. Like me, one of his heroes was Rosa Parks – who refused to sit at the back of the bus. He was also very proud of the contribution his father and his uncle, publisher Niall O' Dowd, made to the Irish peace process.

Rory also wanted to fly. He was in awe of the successful ditching in 2009 by pilot Chesley B Sullenberger of his passenger plane in the Hudson River. And at 12-years-of-age he succeeded in persuading Ciarán and Orlaith to let him learn to fly.

And then on Wednesday, March 28, 2012 Rory fell playing basketball in school and cut his arm. Overnight he became feverish, vomited, and developed a pain in his leg. His doctor advised that he go to Langone Medical Center where he was diagnosed with an upset stomach and dehydration. He was given fluids and Tylenol and sent home. However Rory’s condition grew worse.

At the same time, results from blood tests that had been taken revealed that he was producing neutrophils and bands, white blood cells, at an abnormal rate and which suggested that he had a bacterial infection. The family were not told and essential warning signs were missed by the doctors in the hospital.

Rory was taken back to the hospital where he was put into the intensive care unit. His condition deteriorated and on Sunday April 1, four days after his school accident, Rory died from septic shock. The family was devastated. Rory was brought home to Ireland to be buried with his grandmother in Drogheda. I attended the funeral. It was a deeply sad, tragic and moving celebration of a young life.

But Ciarán and Orlaith were not prepared to ignore the failings in the medical system. They established the "End Sepsis, the legacy of Rory Staunton" and campaigned tirelessly to introduce "Rory’s Regulations" - new rules and regulations and mandatory sepsis protocols to ensure that medical staff are trained to quickly recognize the symptoms of sepsis.

Sepsis is the number one cause of deaths in hospitals across the USA. Every year a quarter of a million people die from sepsis.

As a result of their efforts, it is believed that Ciaran and Orlaith Staunton, and the Foundation named after their son, have saved over 16,000 lives in New York state alone. And their efforts to extend Rory’s Regulations across the United States. Well done to Ciarán and Orlaith. An inspirational response to a personal tragedy. And a well deserved recognition by President Michael D Higgins for your efforts.

Well done to Belfast Sinn Féin for last week’s successful Belfast People’s Assembly in the Waterfront Hall. Over 300 hundred people packed into the studio conference hall to hear submissions from a range of individuals and groups, including community activists, academic, business people, anti-racist groups and Gaeilgeoirí.

The aim of the People’s Assemblies is to deepen the conversation on constitutional change and Irish unity and to encourage popular grass roots participation in the conversation about our shared future. It’s about people having their say on the future.

The next conference in the series was scheduled for Letterkenny for November 24, but that has been postponed to the New Year following the tragic events in Cresslough. Other events are being planned and details of these will be released later.

If you want to see what the Belfast event was like Sinn Féin’s Commission on the Future of Ireland has posted a video of the conference which includes all of the contributions. It is available at https://www.youtube.com/watch?v=B88dmep9SS4