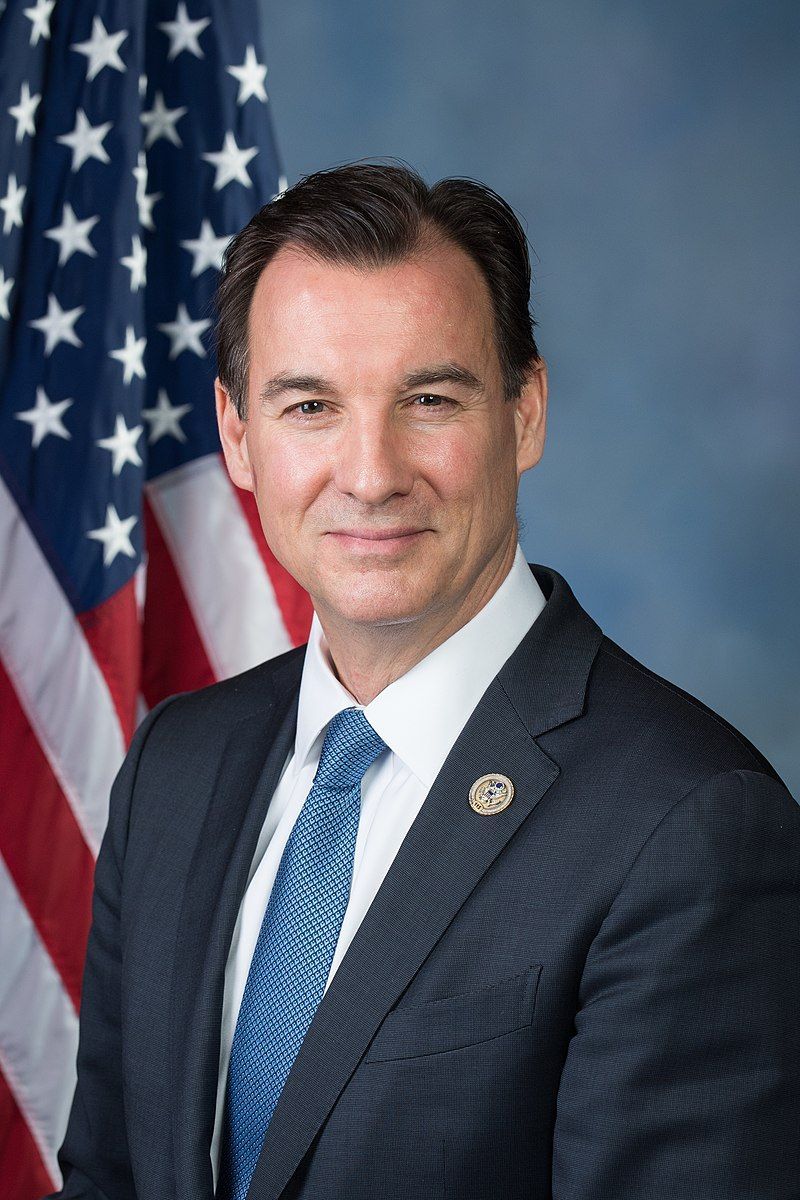 “We stand with you. We know you have been suffering and we will do everything we can to help you get justice” said Congressman Suozzi to Mary McCallan, speaking about the murder of Liam Ryan, Willie Loughran for the New Lodge Six, and Seana Quinn for four Cappagh collusion murder victims.

Said a statement from the AOH: "The three legacy justice campaigners appealed for American help in a live webinar broadcast hosted by the Ancient Order of Hibernians, on the second anniversary of Britain’s broken New Decade New Approach legacy promises. During the webinar the murder of an American citizen victim, Liam Ryan was described as 'not a murder investigation but a celebration of a successful plan.'"

Suozzi said: “We know that President Biden is with us and the administration is waiting to see whether Britain will go through with laws which would deny justice permanently."

During the webinar, Mary McCallan of Relatives for Justice described the Royal Ulster Constabulary investigation into the murder of Liam Ryan and Michael Devlin at the Battery Bar Ardboe, County Tyrone on November 29, 1989, as “not a murder investigation but a celebration of a successful plan.”

Webinar participants were told that RUC members "laughed and joked" at the scene, in front of Ryan's wife and family. One sister, Libby Ryan, stayed with her brother’s body, fearing the RUC would try to plant evidence.

Relatives for Justice had compiled overwhelming proof of collusion to demand an investigation by the PSNI Constabulary Ombudsman. Liam’s widow has applied for a new inquest. However, all such paths to justice would be cut off by the British amnesty proposals.

The webinar also considered the case of Willie Loughran, brother of one of six nationalists killed in the New Lodge area of Belfast on February 3 and 4, 1973.

Said the AOH statement: "Shortly before midnight on February 3, James Sloan and James McCann were shot dead in a drive-by shooting, carried out by an undercover British Army unit. Local people who came out to help the wounded were then shot by British Army snipers using night sights. Tony Campbell, Brendan Maguire, and John Loughran and Ambrose Hardy, were killed.

"The British Army told the press there was a 'severe gun battle' with the IRA. None of the victims were armed and Mr. Loughran described the murders as 'a totally unprovoked political killing.' After years of campaigning a new inquest was ordered by the Attorney General. However the British proposals would take away rights to an inquest.

"Seana Quinn's brother Dwayne O’Donnell was murdered in Cappagh County Tyrone, along with John Quinn, Malcolm Nugent, and Thomas Armstrong on March 3, 1991. These murders were carried out by members of the British Army's Ulster Defense Regiment who Ms. Quinn said, 'operated as British soldiers to stop, monitor and harass local people by day and operated by night to murder those same people.'

"She said that the murder of her brother when she was 12 years old was something that she, her parents and siblings, would never get over. However, the new British proposals would make a new generation of family members victims of a new British cover-up where they are denied any legal rights or mechanisms to get the truth.

National AOH President Danny O’Connell noted that the webinar had already been viewed by close to 900 people in more than 30 states, and across Ireland, while Irish American organizations including the Ladies AOH, Irish American Unity Conference, Brehon Law Society and Irish Northern Aid were  circulating the youtube link https://youtu.be/5XCkA_v-6D0.

AOH National Freedom for All Ireland Chairman Martin Galvin added: “After decades of being denied justice, the British see Irish victims’ campaigners getting close to the truth using British Inquests like Ballymurphy, civil actions, Ombudsman investigations and other proceedings allowed them under British law. Britain now wants to take away these legal channels for justice and bury the truth under proposed amnesty laws, despite the public opposition of the Irish government and all six county political parties.

"These victims’ families feel America is their best hope for justice and are counting on Irish America to get them that American help."