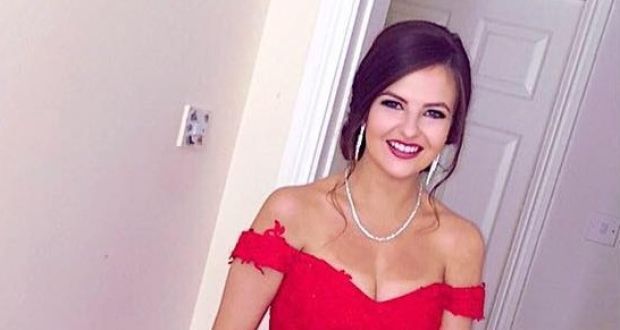 Gardaí are pledging that  “no stone will be left unturned” in their murder investigation into the death of Ashling Murphy, a 23-year-old teacher who was fatally attacked while running on Wednesday afternoon n Tullamore, County Offaly.

Ashling, a much loved school teacher who was from the village of Blue Ball outside Tullamore, was attacked on a pathway beside the Grand Canal in Cappincur, to the east of Tullamore around 4 p.m.

A 40-year-old man remains detained in Tullamore Garda Station, the Journal.ie was reporting.

Added the Journal report: "A postmortem has been completed, but Gardaí have said that the results are not being released for operational reasons.

"Locals have described their shock and despair at the killing. There has also been an outpouring of shock at a national level with Justice Minister Helen McEntee saying that she shared people’s anger over the senseless murder."

Superintendent Eamonn Curley told reporters that Gardaí attended the scene after receiving a call from a member of the public.

“At the scene Gardaí discovered a woman with serious injuries. Medical attention was provided, but despite the best efforts of the medical team, this young lady passed away," Curley said.

Ms. Murphy was from a musical family and was well-known in the midlands and in music circles around Ireland.

Principal of Durrow National School, James Hogan, said that there was "not a dry eye" in the school where Ms. Murphy taught First Class.

Speaking on RTÉ's News at One, Mr. Hogan described Ashling as "one in a million."

"Ashling was a shining light to the kids and a very professional, talented young teacher, a lady who had extraordinary sports, musical and choral talents.

"She was an inspiration to so many, not only in our school, but across the wider community of schools and other organizations in the area that she was involved with.

"It's very, very hard to think that she was here in school yesterday as a teacher and teaching her first class students who they adored, and today, they have come in with little tears in their eyes and their teacher not there."