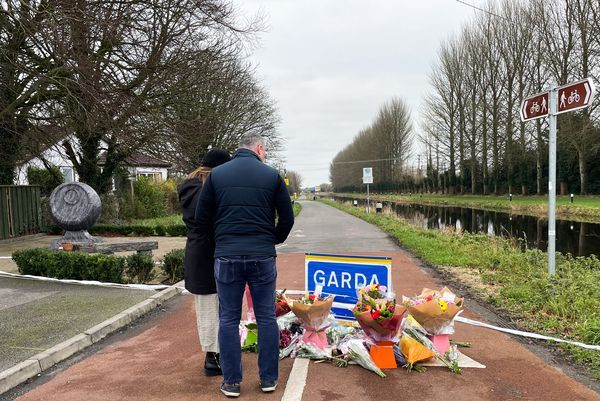 Gardaí have arrested a second man in the investigation of the murder of Ashling Murphy in Tullamore, County Offaly one week ago today, Wednesday.

The man, who is in his 30s, was arrested Wednesday morning on suspicion of withholding information, RTE reported.

The report stated: He is being detained at a Garda station in the east of the country and can be questioned for up to three days. He is the second person to be arrested in connection with the murder in the past 24 hours.

A 31-year-old man who was arrested following his discharge from St. James's Hospital in Dublin on Tuesday still being questioned  at Tullamore Garda Station.

That man was interviewed for up to 11 hours. before opting to rest overnight. A Murder suspect can be questioned for 24 hours and either charged or released in that timeframe. Rest or sleeping time does not count against the 24 hours. An individual detained on suspicion of withholding information can be held for 72 hours.

According to the RTE report, Gardaí are once again on the Grand Canal at Cappincur, at the place where Ms. Murphy was killed last week, asking people who use the amenity if they have any information to aid the investigation.

The 23-year-old was attacked as she was out for a run. Her funeral was held Tuesday.

Stated the RTE report: "One of the key lines of inquiry in the investigation is how the killer left the scene.

They believe that he may have sustained injuries during his attack on Ms. Murphy, then abandoned a Falcon Storm mountain bike and was subsequently picked up in a car and driven away. Gardaí have seized two cars as part of the investigation and they are being forensically examined.

CCTV evidence has also been gathered in relation to the movements of these cars and the Falcon Storm bike. It is understood the man arrested this (Wednesday) morning knew the other man who is still in custody at Tullamore Garda Station, but is not related to him."