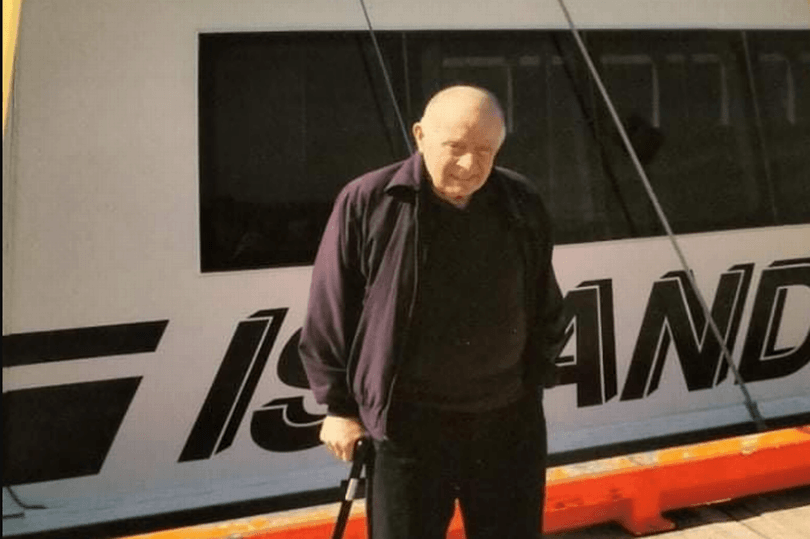 Jackie Salmon has died in his native Galway. PHOTO: GALWAYBAYFM.IE

On Jan. 4, Jackie Salmon, a former Chairman of the New York GAA, passed away in Clooneluane, Renvyle, Co. Galway. He was in his mid-80s. He is survived by brothers Joe, Thady and Jerry, and sisters Maude and Catherine.

The Connemara man arrived in the US in the early 1950s, after a short stint in England. Once he completed his service in the U.S. Army, Salmon immersed himself in typical Irish activities.  In his early years he played with the Brooklyn Shamrocks before going on to become a very effective leader of the New York GAA as well as the main mover and shaker behind the newly formed Connemara GFC.

Initially the rules prohibited the naming of a senior team anything other than a county name, but the rule was artfully circumvented and the Connemara Club came into existence. The Club was Jackie’s pride and joy and would progress to be a formidable force in the senior ranks for the next three decades.  Jackie always had a powerful presence on the sidelines and of course, he was continually promoting his beloved Gaels both on and off the field.

The Gaels would win senior championship titles in 1976, making history by being the first non-county named team to win the top award, and also in 1989 as well as contesting a number of other finals. In addition the club also won a half dozen junior titles under Jackie’s tutelage. As many said he put Connemara on the GAA landscape in the Big Apple.

The Galway man had his own unique motivational methods, and he didn’t mince his words when his charges were not performing well. According to one story he was lambasting his troops at half time in a game in Rockland State Park, when one player, a brash young Dub, thought that the boss was being harshly critical given that the playing surface wasn’t exactly lush green grass. The player blurted out “you couldn’t play bleedin’ football when there was hardly a bleedin’ blade of grass out there”. The manager replied, “Look, young fella! I didn’t bring you out here to graze, did I!”

Over the years players, spanning the ranks from all-star, county and club, proudly wore the Connemara colors and were indebted to Mr. Connemara, because he brought them to New York, put them up, got them jobs and of course gave them a “few dollars.” Behind that gruff exterior was a very generous and decent man. That generosity was certainly very evident from the nature of the messages that flooded the condolence page. He had great loyalty to his players, and that had been reciprocated as many of his former players became his frequent visitors when he returned to Ireland.

While his passion for Gaelic football was very evident with the Gaels, his administrative skills came to the fore when he became boss of the Big Apple GAA in the 1970s. Overall he would hold the top position for a total of 12 years, his first term lasted from 1978 to 1983, and his second was from 1990 to 1996. Current day term-limit regulations would preempt such a long reign.

In the intervening years Jackie also held such prominent positions as secretary and registrar. Meanwhile he was vice-chairman in 1977 and he defeated Oliver O’Donnell for the top spot in 1978. The 1970s were tough and troubling times in the Big Apple, infamously dubbed the “Fear City” at the time.  It was crime-ridden, drug-ravaged with squatters in abandoned buildings as graffiti appeared to be the decoration of the day as the city tethered on the brink of bankruptcy as layoffs and cutbacks were the norm. Not surprisingly the New York GAA also appeared to be in a very perilous state. Clubs were folding, teams were disbanding, work was scarce and emigration was at a standstill. Indeed the number of affiliated teams had fallen to an all-time low, and several positions on the Board were vacant due to lack of personnel or interest. With Jackie Salmon at the helm, things began to improve, essentially through a combination of astute and practical leadership coupled with stringent financial management. Of course he was also a very shrewd politician, and he would have his homework done well in advance, so that he and his board could present a united front to the assembled delegates.

Salmon was a very committed and consummate GAA man, and, he didn’t spare those who challenged his perception of what the mission of the GAA should be in the U.S. What amazed some and baffled more, given the Connemara man’s polemical persona, was his amazing success at the ballot box. He rattled cages with his sometimes contrarian approach, but his concern, honesty and integrity were beyond reproach when it came to matters of the New York GAA. That was proven as he easily trumped would be challengers. He might have not been the most endearing personality, but there was no façade or pretense -- he was the real deal. During his reign, Salmon was suspicious or skeptical of the media, understandably maybe, but perhaps also unfortunate. He certainly could have used the press more to his advantage to inform the general public about some of the more critical issues that impacted the GAA.

When Salmon assumed leadership in his first term, the GAA was floundering, by the second term in the 1990s, the organization was flourishing. The number of teams had more than doubled. The future looked bright. However, the chairman and his board were presented with an unprecedented problem:  New York GAA would soon be homeless. Gaelic Park had been the GAA’s permanent home for more than 60 years. Now that ended because the GAA could not come to an agreement with the leaseholder, ostensibly due to very onerous fiscal demands; put simply, they were not just feasible or fair.

Salmon and his officers refused to be held hostage or handcuffed to such impervious fiscal constraints. They made the brave and bold decision, though unpopular with the public, perhaps from not being fully apprised of the situation, to leave Gaelic Park.  It was a tough but a principled decision. The GAA temporarily located to Rockland State Park, and despite the displeasure and discomfort to some, the GAA’s show went on. Then as if in the words of Winston Churchill, “never let a good crisis go to waste,” the GAA set about to secure a permanent home, and they zeroed in on Ferry Point Park near the White Stone Bridge in the Bronx.

This seemed plausible until a better idea seemed more promising and that was the Briarcliff Manor property and the Tara Circle project. This appeared to be a golden opportunity for the GAA to finally set up their own Gaelic facility along with an Irish cultural center. The disused King’s College hosted a number of playing fields, along with classrooms, conference rooms and dormitory rooms. The GAA fully embraced the idea and as part of Tara Circle began a fundraising campaign. Well as the saying goes if something sounds too good to be true, it is, and that turned out to be the case. The ugly head of anti-Irish bigotry was raised and disgusting scenarios of drunken piddling paddies polluting pristine flower beds in this suburban’s tony environment were soon surfacing.

The animus against the Irish was further exacerbated   as studies by local groups cited reports from the Irish Echo of Gaelic Park games where there were often up to 10,000 there. So besides polluted hedges and flower beds, the local roadways would be clogged and polluted with construction vans and trucks. Obviously the New York GAA was persona non grata to the Briarcliff residents, and through time consuming and costly litigation, interest soon fizzled in the project.

Anyway all’s well that ends well, and that was the case as the GAA returned to their long established and favorite home, an improved Gaelic Park in 1994, having obtained much more equitable terms with the current lease-holder Manhattan College. Since then Gaelic Park has worked very well, but in recent times it has been well complemented by Rockland and Shannon Gaels’ facilities.

Meanwhile when Jackie Salmon stepped down in 1996, there was a three-horse race to replace him, namely Mike Cassidy, Oliver O’Donnell and myself. The affable Mike cantered to the finish line, while Oliver and myself were very much also rans.

Paddy Gormley, a long-time GAA official, worked closely with Salmon as he was vice-chairman, summed up the boss by saying he was “a straight-shooter, honest, though you might not agree, you could work with him, and that nothing came before the GAA.”  Liam Birmingham, the current secretary and a former chairman, who was also secretary during some of Salmon’s era, described his former chairman as “his own man, very independent, very helpful, but his bark was worse than his bite.” Joan Henchy, the current chair and former secretary said she knew Jackie as, “a character, a ferocious Gael who didn’t mince his words but was kind and soft-hearted under the stern exterior, and there was hardly a child he didn’t give a few dollars to.”

Now that Jackie joins recently deceased chairmen, Oliver O’Donnell, Seamus Dooley and John Riordan, somebody will be getting a ribbing about illegal players or, rules twisted. St. Peter will have his hands full with this quartet, he may have to ask St. Paul for clarity on the rule book. May these late great Gaels enjoy each other on the heavenly sideline.

Jackie Salmon was truly a great GAA leader, a legend and left a lasting legacy.  R.I.P