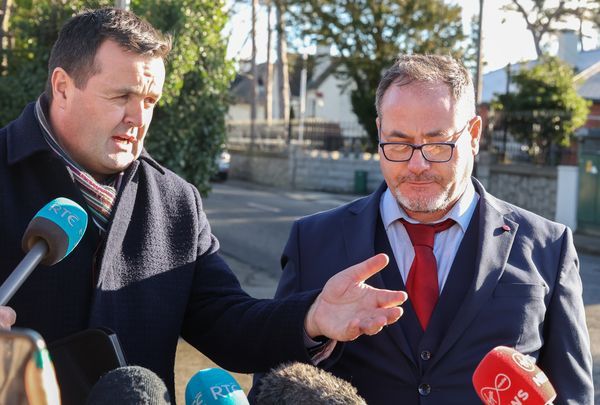 Pic of Day: Pictured (l-r) Brendan Byrne, CEO of the Irish Fish Processors and Exporters Association and Patrick Murphy, CEO Irish South and West Fish Producers Organisation speaking to reporters outside the Russian Embassy in Dublin, this after their meeting with Russian Ambassador to Ireland, Yury Filatov Thursday morning. The meeting resulted in an apparent agreement that there will be a buffer zone between Russian warships and Irish fishing trawlers during next week's Russian naval exercises in an ocean area that is part of Ireland's Exclusive Economic Zone. However, despite the stated belief on the part of the fishing representatives the Russian embassy subsequently released a statement denying any deal on such a zone. RollingNews.ie photo.