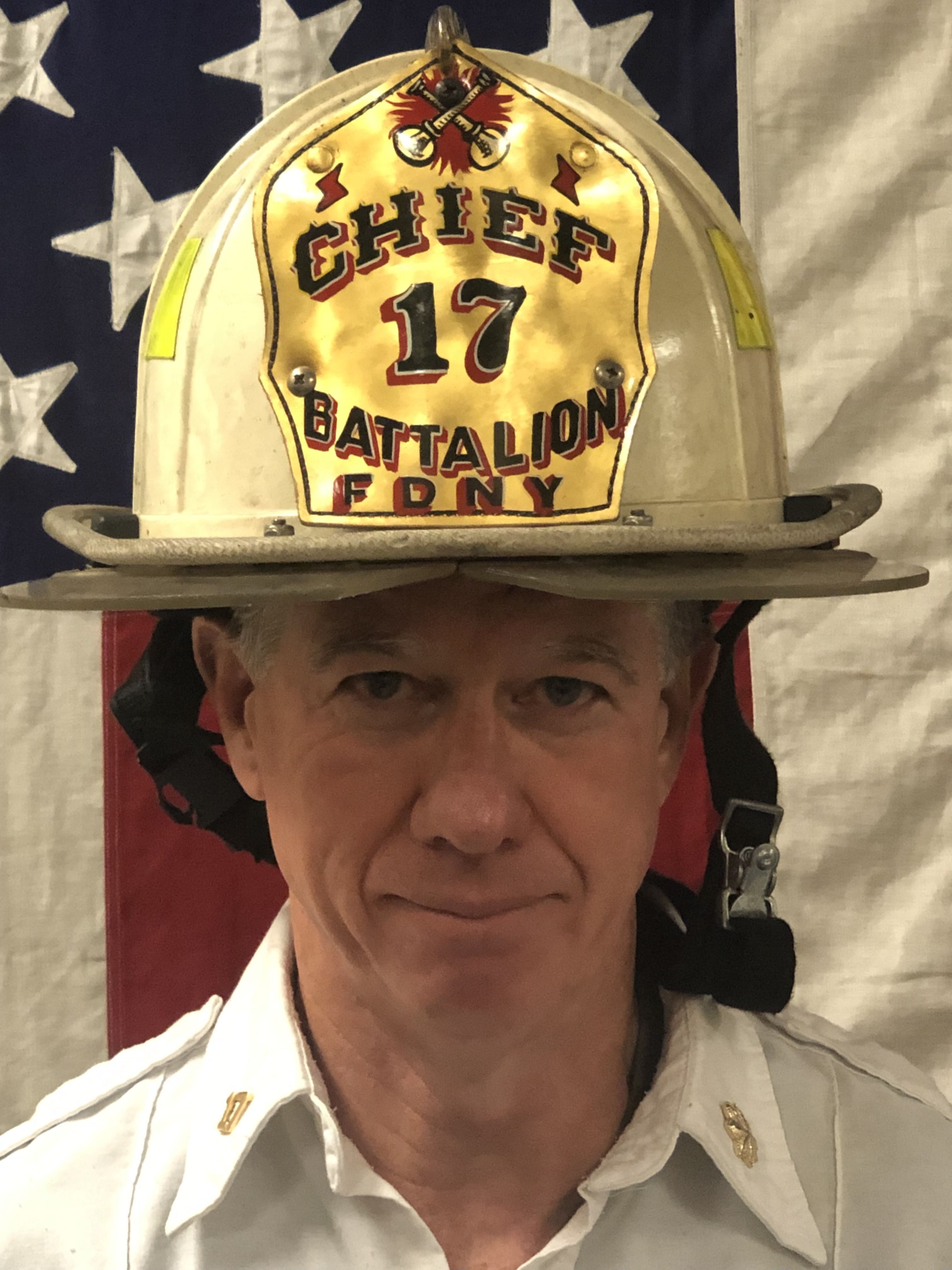 As horrific as it was, the death and injury toll in the Bronx apartment building fire on Sunday, January 9, could have been much higher.

The speed at which FDNY firefighters reached the stricken building on 181st Street, and the way that they went about their work, undoubtedly saved many lives.

Battalion Chief Eddie Boles is witness to this silver lining on a dark day in New York City's history.

Boles, who is chief of Bronx Battalion 17, was on the scene within minutes of the first alarm.

"When I went to the command post I was told to get to the upper floors, particularly the 15th floor," said Boles, a member of the Ancient Order of Hibernians well known for his activity in the city's Irish and Irish American community as well as his professional duties.

"Many people were making desperate calls for help from up there," he said.

Boles duly led his firefighters into the building where smoke rather than flames would result in seventeen deaths and dozens of survivors rushed to hospital.

The blaze, he said, was evident on both sides of the building with many people hanging out windows.

"Our guys did incredible work getting victims out," said Boles

"They worked very quickly. We're talking here of seasoned units. This is what they do, and do so well."

Boles is certain that but for the rapid and fearless work by firefighters and fire officers the death and injury toll would have been far greater.

"No question in my mind about it," he said.

And he spoke with more than thirty years experience behind him.

The initial death toll of nineteen was revised down to seventeen, eight of them children. All the dead had succumbed to smoke inhalation.

"I hope that's it," said Boles of the death toll.

"My heart pours out for all the victims and their families. We were certainly working under some difficult conditions, but our fire officers and firefighters performed admirably."

The five-alarm fire was reportedly sparked by a faulty space heater in a second/third floor duplex and in terms of casualties was the worst in New York City in decades.

Pope Francis offered condolences and blessings to the victims by way of a letter to Archbishop of New York, Cardinal Timothy Dolan.

The pontiff sent “heartfelt condolences and the reassurance of his spiritual closeness” and said he “entrusts the victims and their families to the merciful love of Almighty God and invokes upon all consolation and strength in the Lord.”

The New York fire came just days after a similar tragedy in Philadelphia in which twelve died in a fire that broke out in a row house.