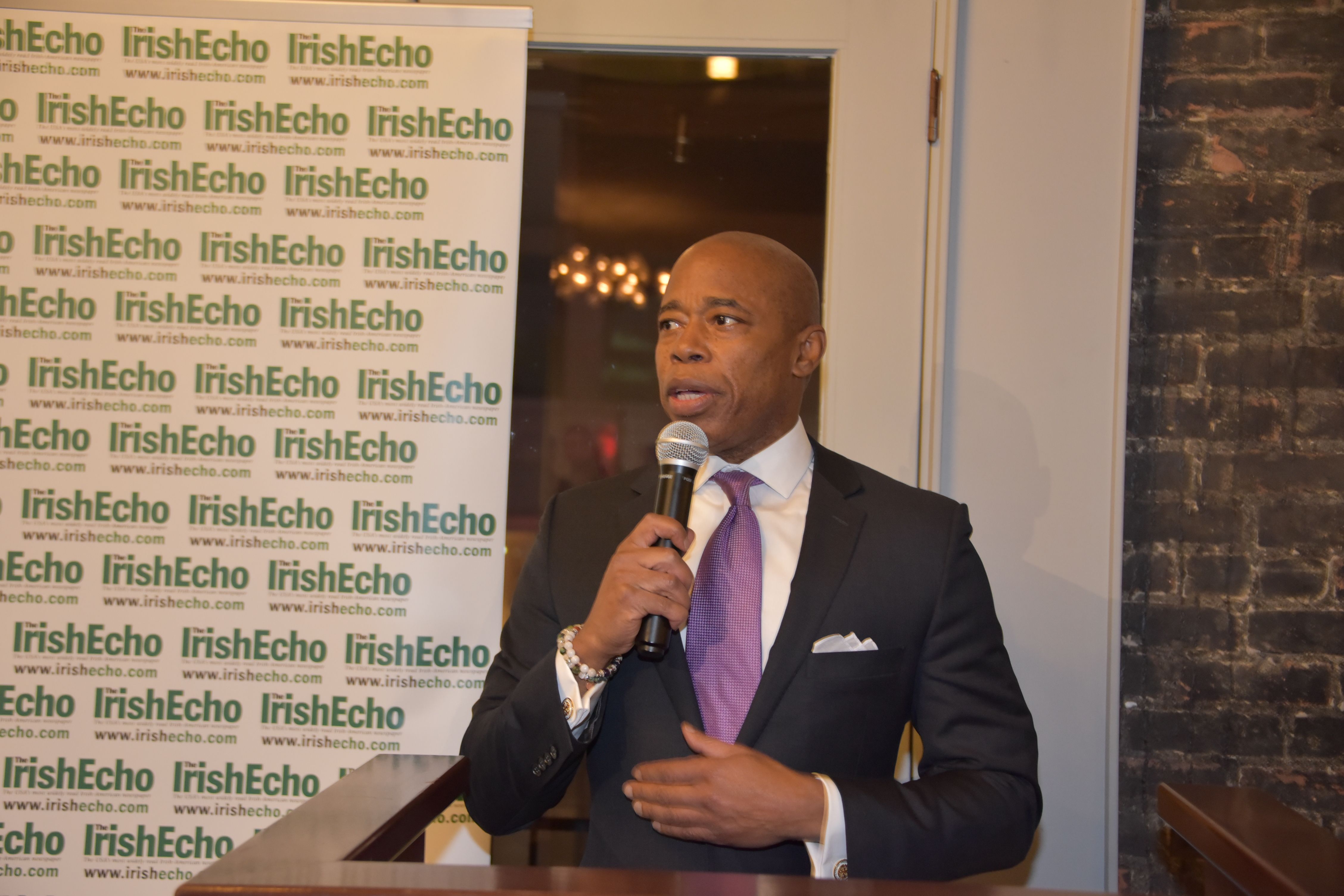 As the best and brightest of Irish American law enforcement gathered in Manhattan on Friday night for the annual Irish Echo Law & Order Awards, the dangers police officers face daily were brought starkly home by a deadly shooting just a few short miles away which left one officer dead and another fighting for his life.

NYPD officer Jason Rivera was killed in the ambush and his colleague critically injured; the latest casualties in what has been a frightening spike in attacks on New York's finest. The perpetrator was shot by a third officer and has been hospitalised.

Just moments before the deadly attack took place in Harlem's 32nd Precint, Mayor Eric Adams, a NYPD officer himself for 22 years, had taken to the podium of the awards evening to warn of the danger posed to New Yorkers by "the bombs of crime".

"Sometimes we think of bombs as physical explosions but it's not," he told an audience of officers and their families from across the country. "But it's not. It's the bombs of Covid, of economic disability, the bombs of uncertainty, the bombs of crime. But no matter what happens, our flag is still here."

Tonight, we mourn the loss of a hero officer — a son, husband, and friend. Only 22 years old, Police Officer Jason Rivera was murdered in the line of duty. We vow to #NeverForget Jason as his fellow Finest vow to honor his tremendous legacy of service & the ultimate sacrifice. pic.twitter.com/5zsx45XiM4

Earlier, in a keynote address to the thirteenth annual gathering, New York State Senator Tim Kennedy had also highlighted the perils of policing. "In Western New York, in the district I represent, there was one point last year when shooting deaths rose by 200 per cent over just 15 months," he said. "It was senseless and it was unsettling. And yet, every day our officers showed up. They showed up to protect, to  prevent harm and to keep our streets as safe as possible. And for that, we are eternally grateful."

New York City Police Commissioner Keechant Sewell, was was also attending the Echo event, heard of the shootings from her security detail and rushed from the dinner to go to the scene. Others awardees from the 32nd Precint where the shooting took place left the event to be with their fellow-officers at the Harlem hospital where the victims had been taken. A minute's silence was also observed by attendees in honour of the fallen officer.