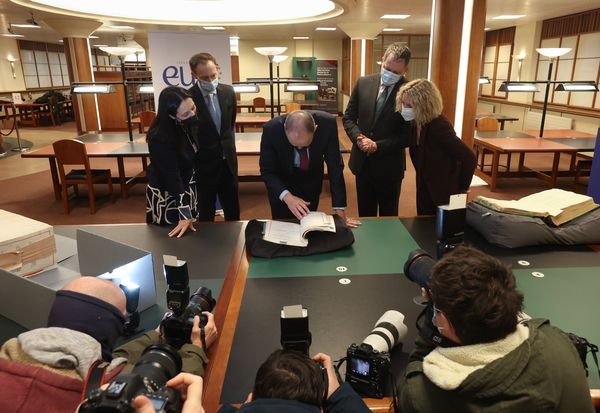 Pic of Day: Taoiseach Micheál Martin inspects the Treaty of Accession under which Ireland si9gned up for the then European Economic Community. The original treaty, signed by then Taoiseach Jack Lynch fifty years ago, is held in the National Archives in Dublin. Ireland formally joined the EEC in 1973 along with Denmark and the United Kingdom. RollingNews.ie.