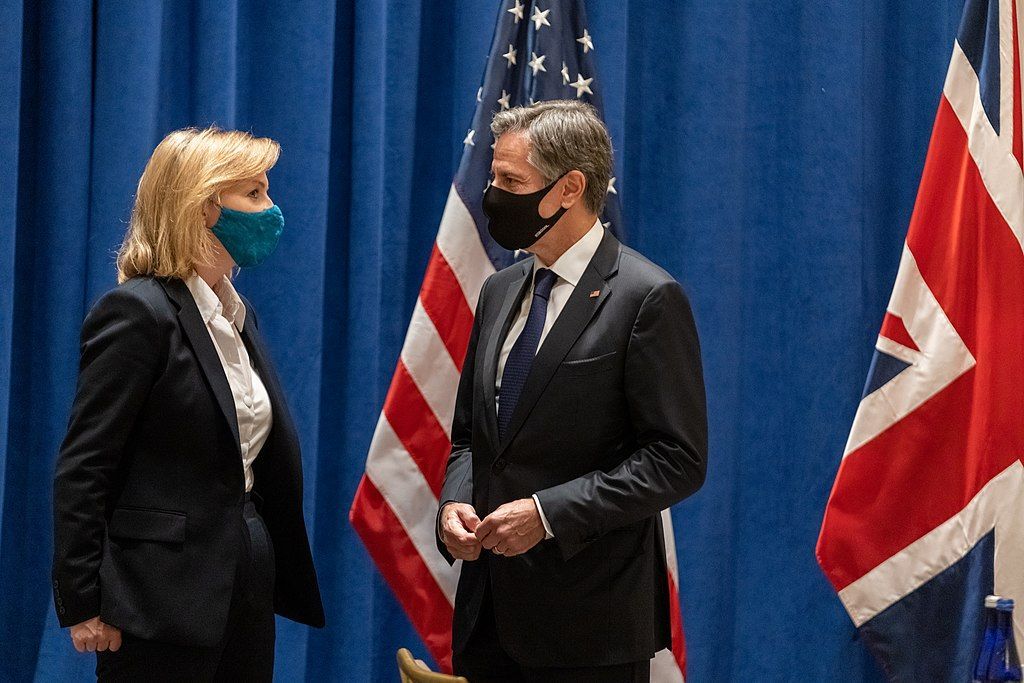 DUP leader Jeffrey Donaldson has "paused" his threat to withdraw his ministers from the Northern Ireland Executive – and thus collapse the North's political institutions.

Mr. Donaldson said he will wait to see the outcome of British Foreign Secretary Liz Truss’s negotiations with the European Union over the Northern Ireland Protocol.

Ahead of negotiations with the EU this week, Ms. Truss wrote in the Sunday Telegraph: “I will not sign up to anything which sees the people of Northern Ireland unable to benefit from the same decisions on taxation and spending as the rest of the UK, or which still sees goods moving within our own country being subject to checks.”

Responding, Mr.Donaldson told Radio Ulster that Truss was on “the same page” as his party.

“Of course we want these negotiations to succeed and that’s why I have paused the actions that I had proposed,” he said. “You will recall that back in September the EU was saying that there would be no negotiations on the protocol, indeed we had some parties calling for its rigorous implementation."

“He added: “She (Liz Truss) recognizes the need to make progress and quickly. I want her to indicate what the timeline is and that will influence the decisions that we need to make.”

Sinn Féin President Mary Lou McDonald accused the British government and DUP of having “form” for “acting in bad faith."

Reacting to Liz Truss’s comments – just days ahead of renewed negotiations with the European Union – Neale Richmond TD, Fine Gael’s European Affairs spokesperson, said the new British Brexit negotiator gives “everyone a chance to reset the previous discussion and focus on making the Protocol work for everyone in Northern Ireland."

However, he added: “The decision by the UK’s Foreign Secretary to pre-empt her first meeting with European Commission Vice President, Maroš Šefčovič, by stressing her preparedness to invoke Article 16 in the British press helps no one.

“Over the last year, the European Commission has been proactive and positive in its approach to resolving any issues, perceived or actual, with the Protocol. The suite of measures announced by the Commission, following in depth engagement on the ground in Northern Ireland, were practical and generous.

“Ultimately the Protocol is something this British Government negotiated, ratified and campaigned on in a General Election; it is not a foreign construct or a handy distraction to misuse for domestic political gain.

“There is a window now to iron out the implementation of the Protocol. Constant threats to invoke Article 16 or indeed to collapse Stormont help no one. It’s time to focus on upcoming talks, rather than lead with pointless threats.”

Following his meeting, Jeffrey Donaldson said the UK Government need to “indicate a timetable” as to when and how changes will be made to the Protocol.