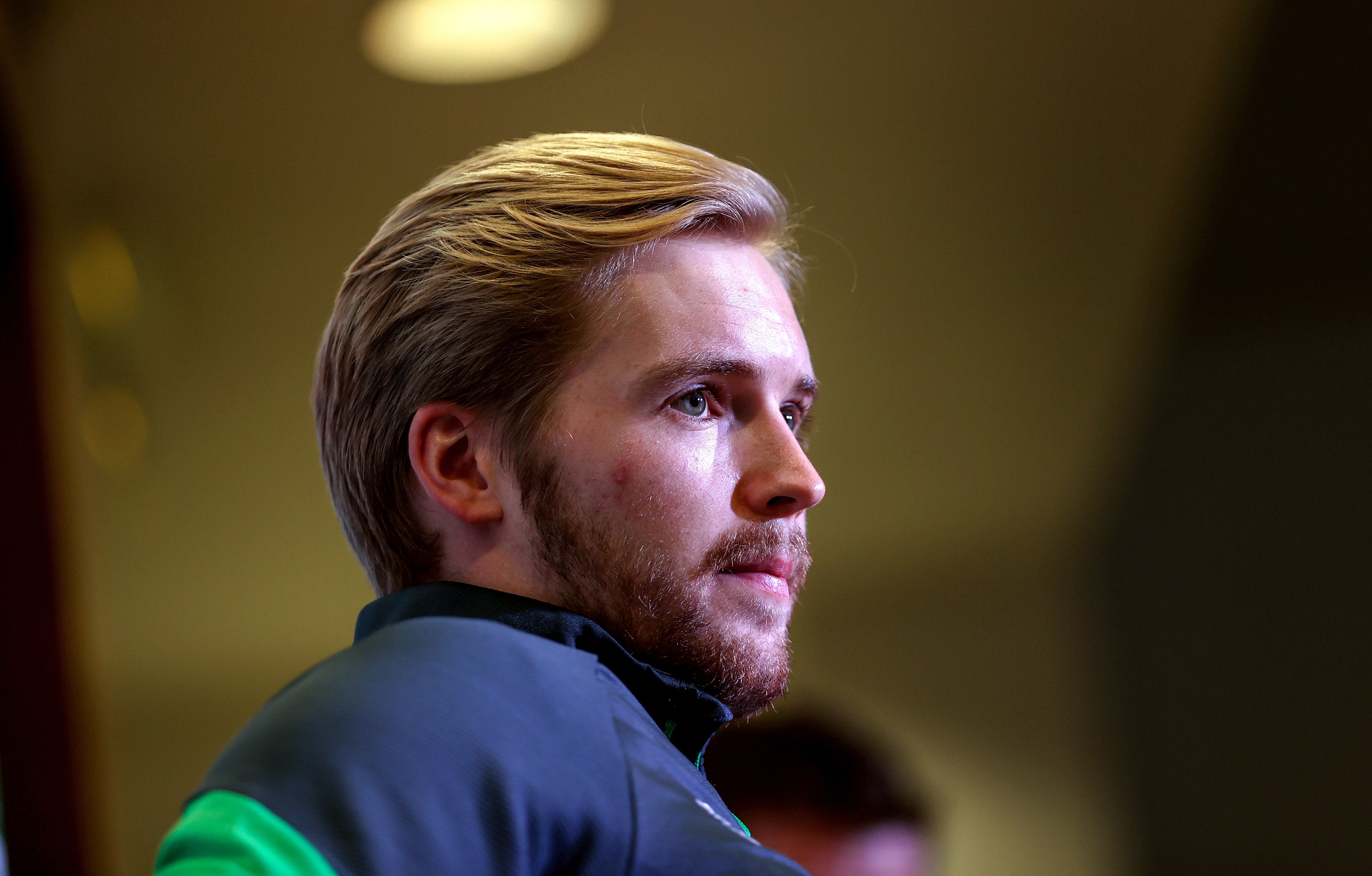 Liverpool’s Caoimhin Kelleher stood in for Alisson in the 2-2 draw against Chelsea. INPHO/DAN SHERIDAN

“One-Nil to the Arsenal” used to be a popular chant among Gunners fans. And no doubt they were probably chanting it for the first hour at the Emirates on New Year’s Day as Arsenal lead EPL leaders Manchester City 1-0. Pep Guardiola’s team hadn’t been in the game until they were awarded a controversial penalty on 57 minutes, with Mahrez converting to cancel out Saka’s opener, before Rodri struck in stoppage time to secure a 2-1 victory for City. In what was an ill-tempered affair Arsenal’s Brazilian defender Gabriel was sent off  in the 59th minute after being booked twice inside two minutes, with  unable to hold on for what would have been a deserved point. Afterward Guardiola admitted that Arsenal were the better team on the day.

Jurgen Klopp missed Liverpool’s trip to London on Sunday to play Chelsea at Stamford Bridge, due to a positive Covid test. Goalkeeper Alisson was also ruled out with Covid, which allowed Cork-born Caoimhin Kelleher to impress in his 4th EPL start for Liverpool with some fine saves. Sadio Mane and Mohamed Salah catapulted Liverpool into a commanding 2-0 lead inside half an hour, only for Kovacic and Pulisic to fire a four-minute riposte before half-time. The main beneficiary of the  2-2 draw was Manchester City, who are now 10 points clear of Chelsea at the top of the table, with Liverpool a further point away in third place. After Liverpool’s shock midweek defeat to Leicester Klopp had said: ’‘It’s a big gap and it was not our plan to give City the chance to run away with a lead like that.’’

Chelsea manager Thomas Tuchel says Romelu Lukaku comments during an interview in which the striker said he was unhappy with his role at the club “brings noise that we don’t need.” In an interview recorded several weeks ago, but only aired last week, Lukaku said he would like to return to Inter Milan in the near future and that he wasn’t happy with his role with the Pensioners. In the interview with Sky Sport Italia the 28 year-old Belgian striker said that he was ‘‘not happy with the situation, but I am a worker and I must not give up.’’ He has scored seven goals in 18 appearances since he re-joined Chelsea at the start of the season, but he has also been hampered by injury and illness. Following discussions about his role with Tuchel, Lukaku has since scored two goals in two EPL games. Tuchel said: ‘‘We will talk to Lukaku and we will do it behind closed doors and we will do it openly like I think the relationship is and has always been.’’ Lukaku was omitted from the Chelsea squad for Sunday’s game against Liverpool.

There is likely to be more pressure on Everton manager Rafa Benitez as the Toffees were beaten 3-2 at home by Brighton, the Seagulls first-ever win at Goodison Park. Seamus Coleman, who normally plays at right back for Everton, started at left back on Sunday. Shane Duffy started on the bench for Brighton, but replaced Veltman on the hour mark.

In the Championship there were two Irish scorers at The Hawthorns where West Brom drew 1-1 Cardiff. James Collins gave the visitors the lead on 34 minutes, but Callum Robinson equalized for the Baggies on 48 minutes. Three players were sent off, two after the final whistle. Darragh Lenihan made his 200th League start for Blackburn Rovers, who drew 0-0 with Huddersfield. The point was enough to lift Rovers into second place, 3 points behind leaders Bournemouth.

Meanwhile, 7th-place Middlesbrough have agreed a loan move until the end of the season for Brighton striker Aaron Connolly. The Republic of Ireland international is Boro’s first signing of the January transfer window. The 21-year-old has made over 50 appearances for Brighton, but has featured just six times in all competitions this season, four of those in the EPL with just one top-flight start. The Galway-born winger has not scored a top-flight goal in since January of last year.